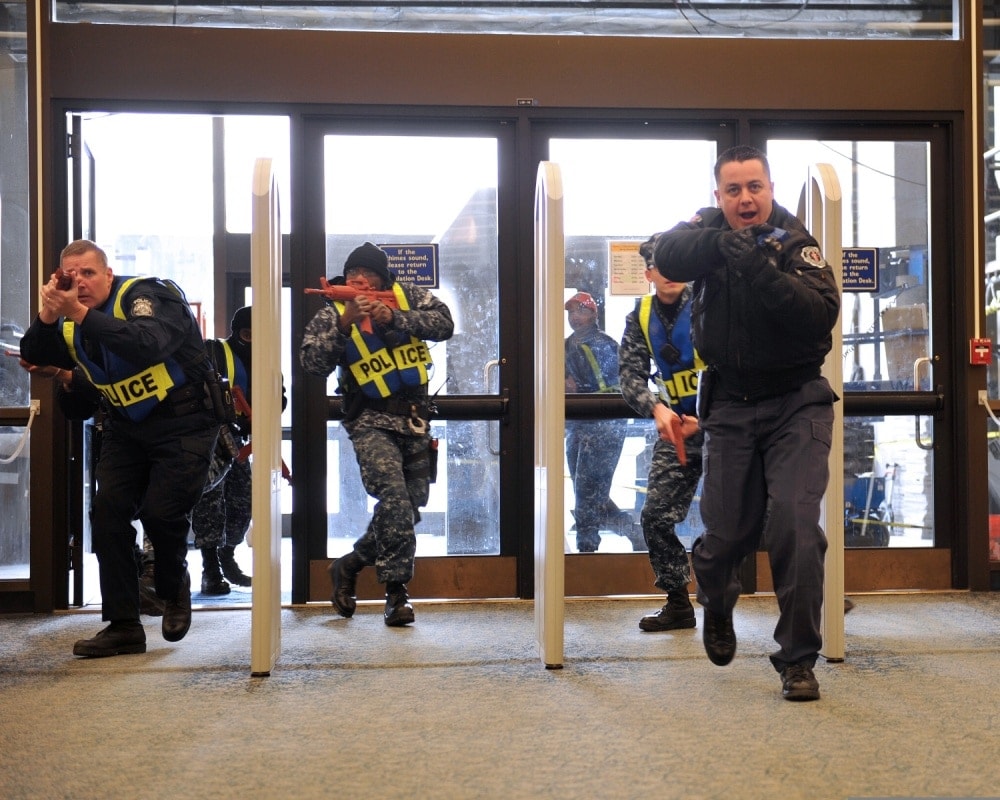 The Navy is finalizing plans to place armed security personnel at recruitment stations across the U.S. in response to last year when a gunman killed four Marines and a sailor in Chattanooga.

Naval Operation Support Centers were authorized to arm qualified men and women after the attack on July 16, 2015. Naval recruitment centers will soon get the same treatment with uniformed guards.

Though no official date has been set, a military official told the Chattanooga Times Free Press that the Department of Defense should have the new policy published within a few months.

U.S. Fleet Forces Commander Capt. Ray Benedict issued a statement this past week saying that armed security is essential to protect the Navy’s most valuable assets — its service members.

“The arming of personnel at these facilities provides both a deterrent value and a defensive capability against potential attacks,” Benedict said in a piece discussing one year after the incident.

The incident involved a 24-year-old American motivated by foreign terrorist organization propaganda drove a rental car to a recruiting station in Chattanooga and opened fire. He then drove across town, crashing through a gate at the NOSC, and unleashed more bullets onto service members. A gun battle between the shooter and police ensued and the gunman was eventually killed. After all was said and done, five innocent lives were lost.

Immediately following the shooting, armed soldiers were posted at NOSC’s nationwide, but several lawmakers called for military personnel to be allowed to carry personal firearms at all military complexes. Military leaders have long pushed against concealed or open carry on base, citing safety concerns. Chief of Naval Operations Adm. John Richardson told the Navy Times that though the option isn’t off the table, the agency wants to explore every possible solution.

“It is on the table for sure,” said Richardson. “That raises a lot of concerns just in terms of controlling a certain area when it breaks out. Again, a thoughtful approach to this [is best], we don’t want to restrict our solution set upfront.”

Another aspect to that mandate is the requirement that all personnel and employees undergo active shooter training. The training, by those under the U.S. Northern Command Area of Operation, must be completed within 90 days of reporting for duty. Annual refresher training must be attended from then on.

“In Chattanooga, local law enforcement, fire department and ambulances all responded amazingly quickly,” Navy spokesman Capt. Jack Hanzlik told the Chattanooga Times Free Press. “That kind of response is what we want to ensure happens in any crisis situation across the United States. And the only way you can make sure that it does is to make sure you have an exercised plan.”

The Department of Defense has been working to make sweeping changes to its protocols and security since the events. On the heels of the attack, the Navy equipped recruiters with a smartphone app that warns of nearby events. The department also allotted $80 million in funds towards physical modifications on facilities that further safety measures.