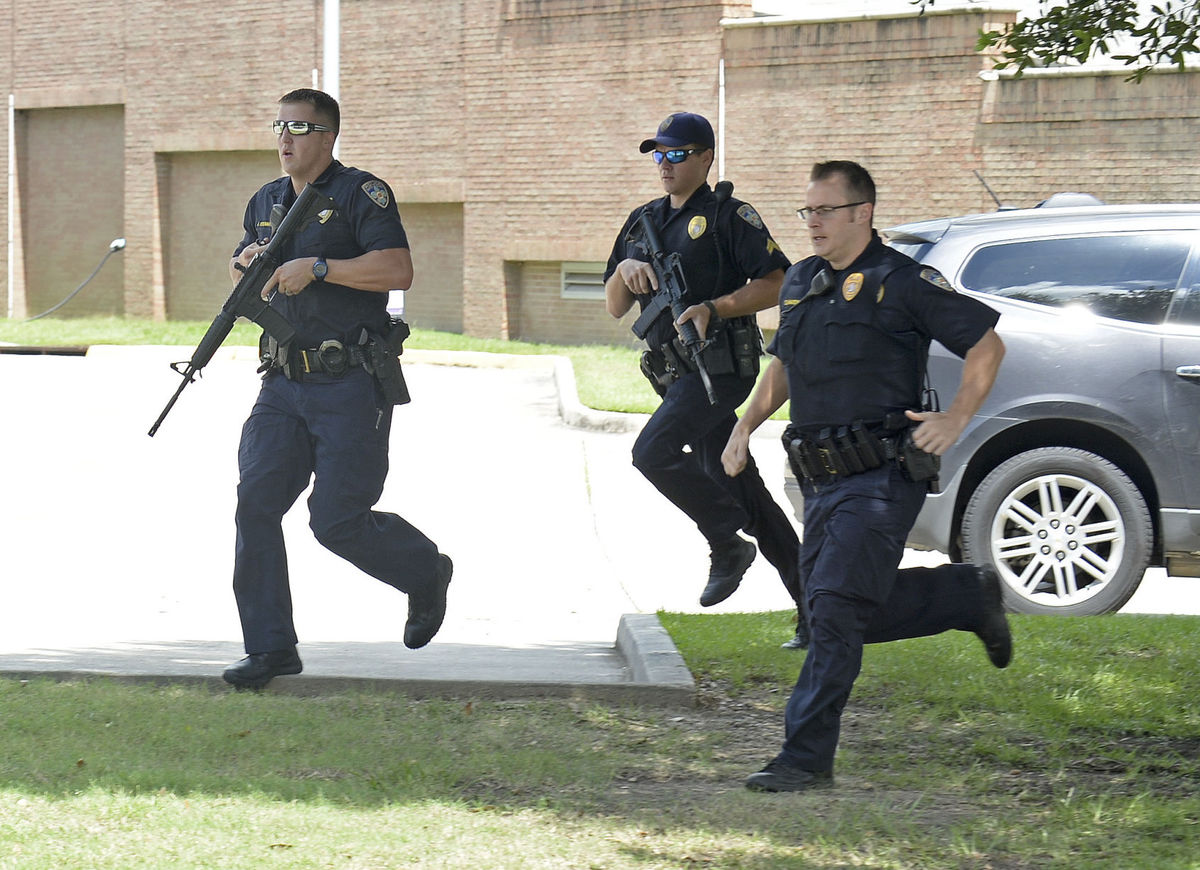 Three Baton Rouge police officers are dead after a firefight with multiple gunmen. (Photo: The Advocate)

The incident began around 8 .a.m when Baton Rouge central dispatch received a phone call about a suspicious man dressed in all black, carrying a rifle Airline Highway near Old Hammond Highway. When officers arrived, the suspect opened fire.

Initially officials believed there were multiple gunman; however Superintendent of Louisiana State Police, Col. Mike Edmunson, stressed later in the day that it was not an on-going active shooter situation.

The shooter, identified by a law enforcement source, is 29-year-old former Marine Gavin Long from Kansas City, Missouri. Youtube and social media accounts obtained by The Daily Caller suggest that the gunman was upset over the death of Alton Sterling who was fatally shot by police in Baton Rouge in early July.

Sterling was reportedly selling CDs at a local convenience store on July 5, 2016 when a homeless man called 911 to report a man with a gun. Police responded and a struggle ensued. Sterling was tased before officers fatally shot him after allegedly finding a gun in his pocket. The shooting was captured on video by several witnesses and set off a firestorm of protests in Baton Rouge and nationwide. Tensions in Baton Rouge have run high since that shooting.

President Obama addressed the nation Sunday afternoon after the incident in Baton Rouge, urging Americans towards peace and not violence.

“We as a nation have to be loud and clear that nothing justifies violence against law enforcement,” Obama said.  “Attacks on police are an attack on all of us and the rule of law that makes society possible.” He went on to say,”We don’t need inflammatory rhetoric. We don’t need careless accusations thrown around to score political points or to advance an agenda. We need to temper our words and open our hearts, all of us.”

Louisiana Governor John Bel Edwards issued a statement to local news stations asking for unity and prayers during this time.

“This is an unspeakable and unjustified attack on all of us a time when we need unity and healing, “ Edwards said in a statement. “Rest assured, every resource available to the State of Louisiana will be used to ensure the perpetrators are swiftly brought to justice.”

Several law enforcement agencies have been brought in to investigate, including the Federal Bureau of Investigation. They’re asking anyone with tips that could help the investigation to phone the FBI at 1-800-CALL-FBI.