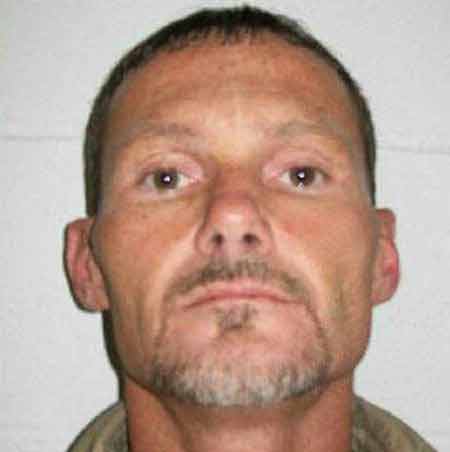 A 43-year-old man with a colorful criminal history was fatally shot Saturday night after he broke into his ex-girlfriend’s home in Leitchfield, Kentucky.

The woman, who has not been publicly identified, told authorities that Patrick Dewayne Decker showed up at her house just after 9 p.m. and began banging loudly on the doors and windows, local media reported. The woman grabbed a handgun, and shortly thereafter, Decker busted down the front door. As Decker unlawfully entered the woman’s home, she shot him multiple times. After he was shot, Decker turned around and ran a few hundred feet before he collapsed.

The woman then called the police. When Grayson County Sheriff’s deputies arrived, they found Decker lying on the ground. He had been shot at least once in the chest and was pronounced dead at the scene by the county coroner.

Decker and the victim were once involved romantically, but that relationship had previously come to an end. In fact, at the time of the break-in and subsequent shooting, the woman had an active order of protection against Decker. However, the restraining order had recently been amended to allow Decker to stay with his parents, who live next door to the victim. But while Decker was granted permission to live next door, the order still prohibited him from any contact with the victim or engaging in any acts of violence against her. And with good reason.

According to the Kentucky State Police, Decker was a registered sex offender with two prior convictions for first-degree rape, which state statutes define as non-consensual intercourse either by force or against a victim who is physically incapacitated or under the age of 12. His criminal history also included burglary, kidnapping and assault.

The victim told authorities when Decker showed up at her house, she feared for both her own as well as the safety of her 11-year-old son, who was home at the time of the violent encounter. Neither were reported to be physically injured during the encounter.