Fox News commentator sentenced for lying about being CIA 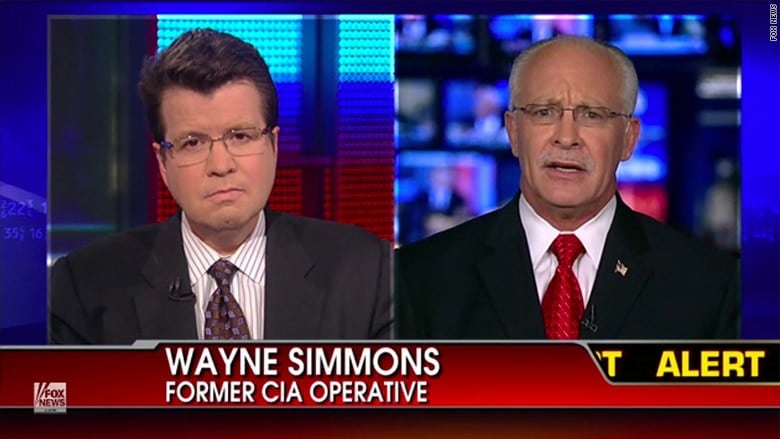 A former Fox News commentator apologized in court just before being sentenced Friday to 33 months in prison for falsely claiming he spent almost three decades for the U.S. Central Intelligence Agency.

“There is not a day that goes by that I am not haunted by these mistakes,” Wayne Simmons said, as reported by The Washington Post. “I stand before you a shameful and broken man.”

Though apologetic, Simmons maintained his position, saying he lied to obtain a military intelligence contractor job in Afghanistan to use a special skill set he said he got while working undercover, The Post reported.

In addition to major fraud, Wayne Shelby Simons, 62, of Annapolis, Maryland, was also given three years of supervised release and ordered to give up his two guns and pay $175,612 in criminal restitution to his victims, the Justice Department announced Friday.

“Wayne Simmons is a fraud,” said Dana J. Boente, U.S. Attorney for the Eastern District of Virginia. “Simmons has no military or intelligence background, or any skills relevant to the positions he attained through his frauds.  He is quite simply a criminal and a con man, and his fraud had the potential to endanger national security and put American lives at risk in Afghanistan.”

One of his victims included a woman Simmons bilked out of $125,000 in a real estate scam, where he promised monthly dividends from the investment, which never actually existed.

Though Simmons never worked for the CIA, the agency said in a press release, he did obtain other government positions by lying about his employment history, the Federal Bureau of Investigation said.

Simmons’ history of fraud likely began in 2008, when he landed a job in the U.S. Army’s Human Terrain Systems program. The following year, Simmons tried getting work at the State Department’s Worldwide Protective Service. In 2010, Simmons was deployed to Afghanistan as a senior intelligence advisor on the International Security Assistance Force’s Counterinsurgency Advisory and Assistance Team.

It was for these positions Simmons lied and said he had the proper security clearance needed while working for the CIA, authorities said. Simmons also made false statements relating to his criminal history, saying it was tied to his clandestine work as a CIA agent.

Simmons’ actual employment from 1973-2000 included playing defensive back for the New Orleans Saints NFL team, a nightclub doorman, manager at a rent-by-the-hour hot tub business, a bookie, operator of a limousine business and an AIDS-testing business, a mortgage broker, and employment at an anti-graffiti business.  During that time, Simmons was also convicted of state firearms, assault and gambling charges and federal firearms charges, the DOJ said.

“With this sentencing, Simmons now faces the consequences of his criminal activity, deceit, and dishonesty,” said Paul M. Abbate, Assistant Director in Charge of the FBI’s Washington Field Office.  “He fraudulently obtained positions with the U.S. government by lying about his previous employment and history, and further, defrauded a victim through a bogus real estate investment scheme. Simmons abused people’s trust for his own selfish gain, and in doing so placed lives at risk and jeopardized national security.”