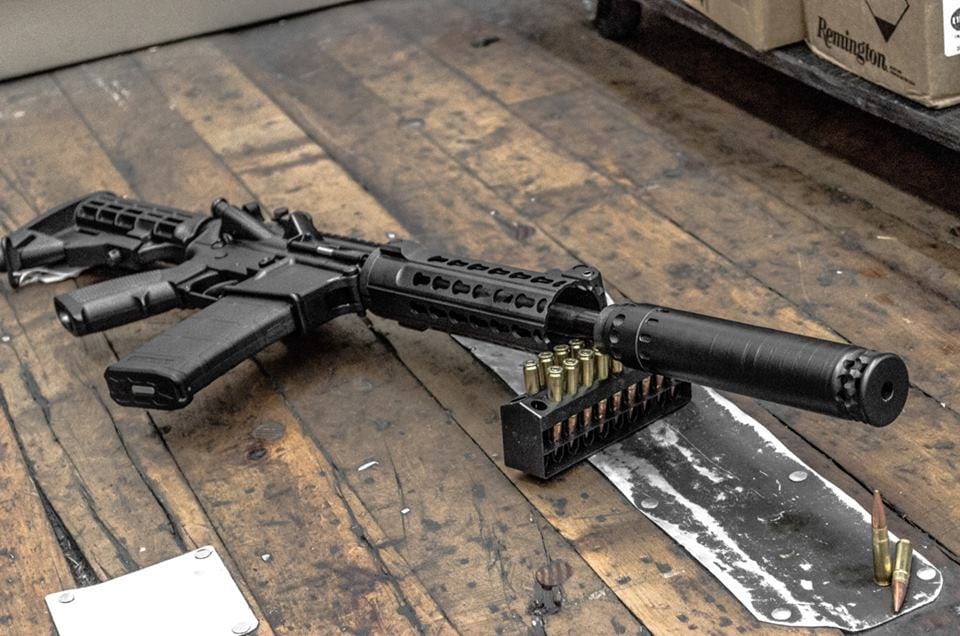 Suppressor maker Yankee Hill Machine announced last week that the company is accepting pre-orders on the new, customizable Nitro 30 can.

Out of the box, YHM gives customers the suppressor, rated at 135 decibels, and two .30-cal muzzle caps to choose between. Tactically minded shooters can pop the flat muzzle cap on while the muzzle brake cap is best suited for target shooters.

Packaged alongside the muzzle caps are a set of rear caps. The quick-disconnect gives shooters freedom to rapidly switch between platforms, but the 5/8-24 direct thread allows for a more dedicated setup.

Rounding out the remaining supplies are a Basolfil heat resistant pouch and two assembly wrenches.

Modularity is the strength in this design and comes in the way of those removable muzzle caps and rear caps. These can be easily swapped out with YHM’s flat muzzle cap and direct thread rear cap for 5.56 use, thus converting a .30 Cal can to a 5.56 can, the company says.

If modularity doesn’t make one tactical enough, the full auto rating on the Nitro 30 certainly will.

Those who followed Guns.com at SHOT Show know plans for the Nitro 30 were first announced at the event this past January for the The final pieces of the puzzle are now in place with pre-orders ready to go and Form 3’s expected to roll out in late September 2016.

MSRP is set at $890 and the suppressor comes with YHM’s lifetime warranty. Interested parties can head to YHM’s website for pre-ordering details.