“Nyet, Comrade, tank is good as new…” (Photos: RIANOVOSTI via The Armor Journal)

Russian news media announced last week that a T-34 tank was recovered almost intact from the bottom of the Don River, and it’s a rare variant with ties to Stalingrad.

As noted by The Armor Journal, it could be the only 1942 production STZ T-34-76 variant– denoting it was made at the Stalingrad Tractor Factory during the epic siege of that city and mounting a 76mm gun– in existence.

The news agency TASS reports the tank was recovered from about 23 feet of water in the Voronezh Region. It most likely found its watery resting place when a pontoon bridge it was crossing in the summer of 1942 collapsed, as elements of the pontoons and boats were found near the tank.

Officials believe it can be restored and neither munitions nor remains were found in the tank.

(Note, the video is in Russian, but it’s still kinda groovy. Just mute it and put on some mellow muzak in the background and chill for a few minutes, or you can always just skip to the images below– although we must warn you that there are images of Eastern European men in Eastern European swimgear ahead.) 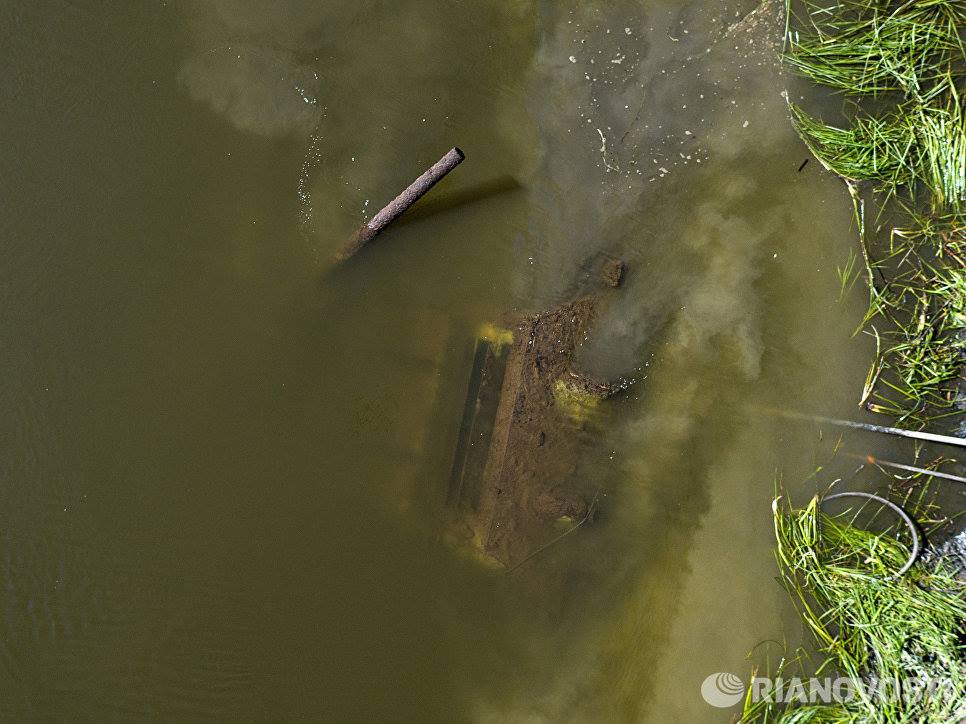 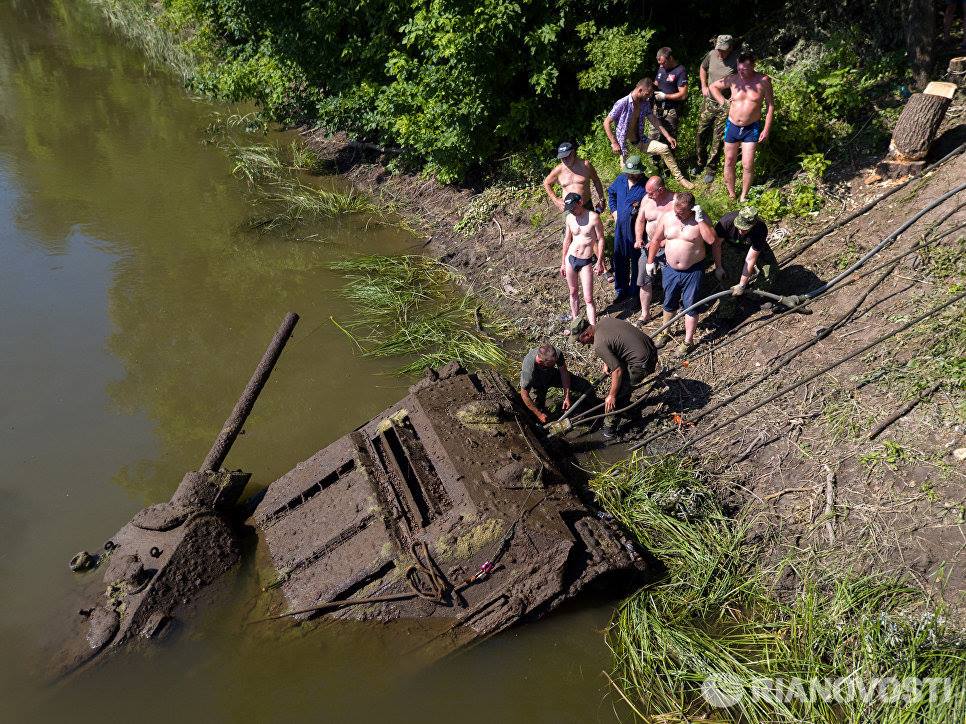 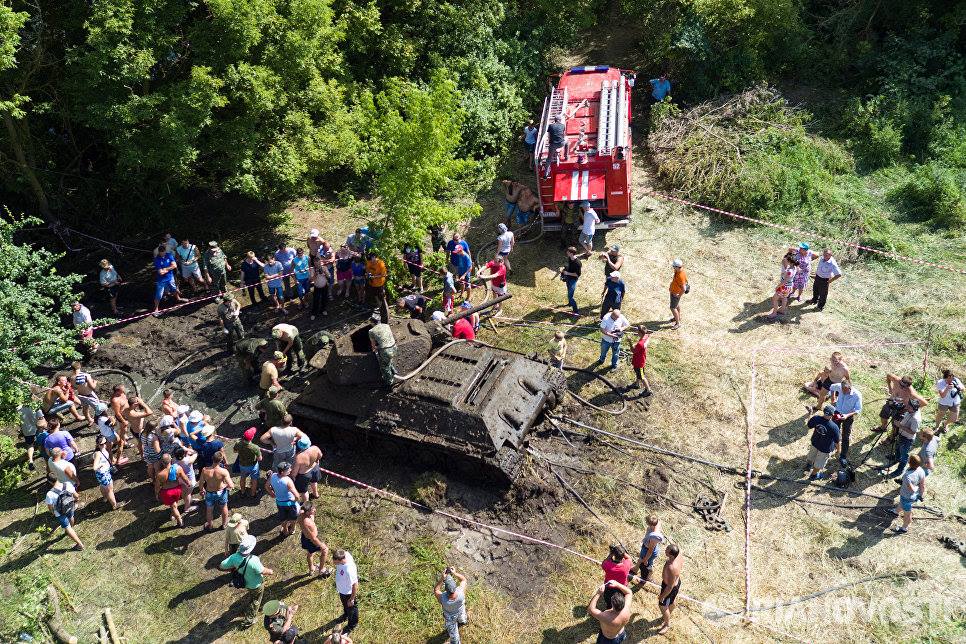