These photos were taken at the Cleveland Public Square and on the streets that lead straight to the Quicken Loans Arena, about half a mile away, on the second day of the 2016 Republican National Convention. 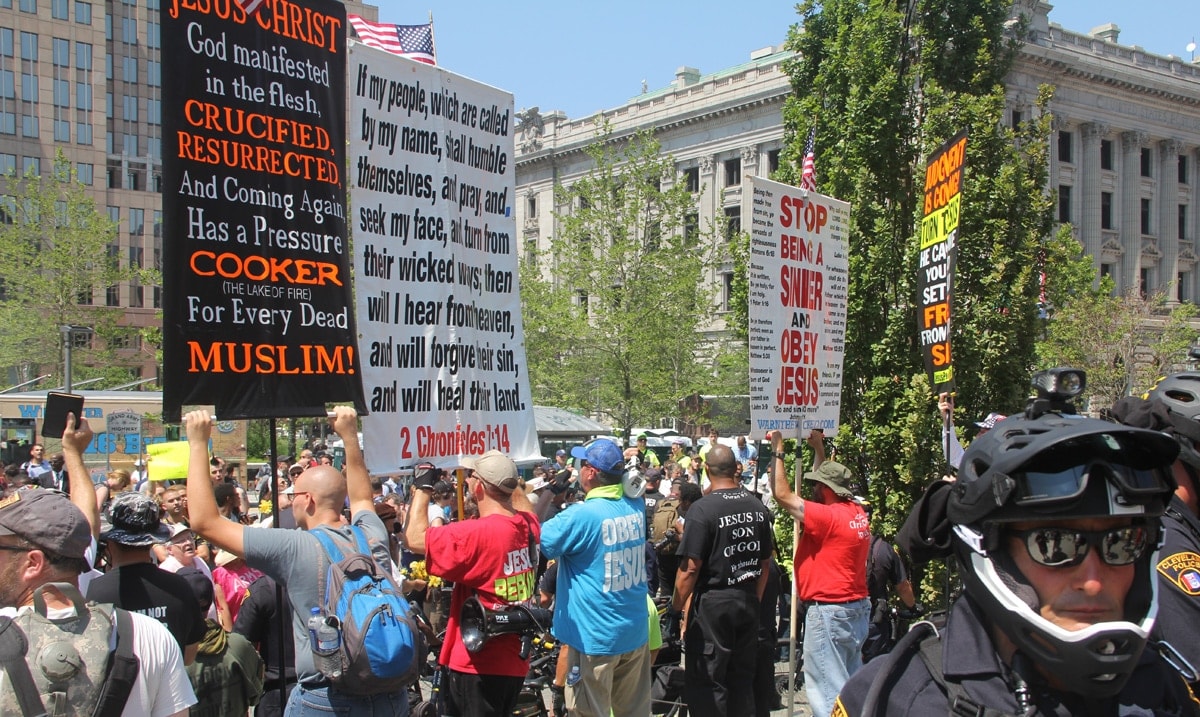 Demonstrators with signs and megaphones spouting some incoherent religious message. 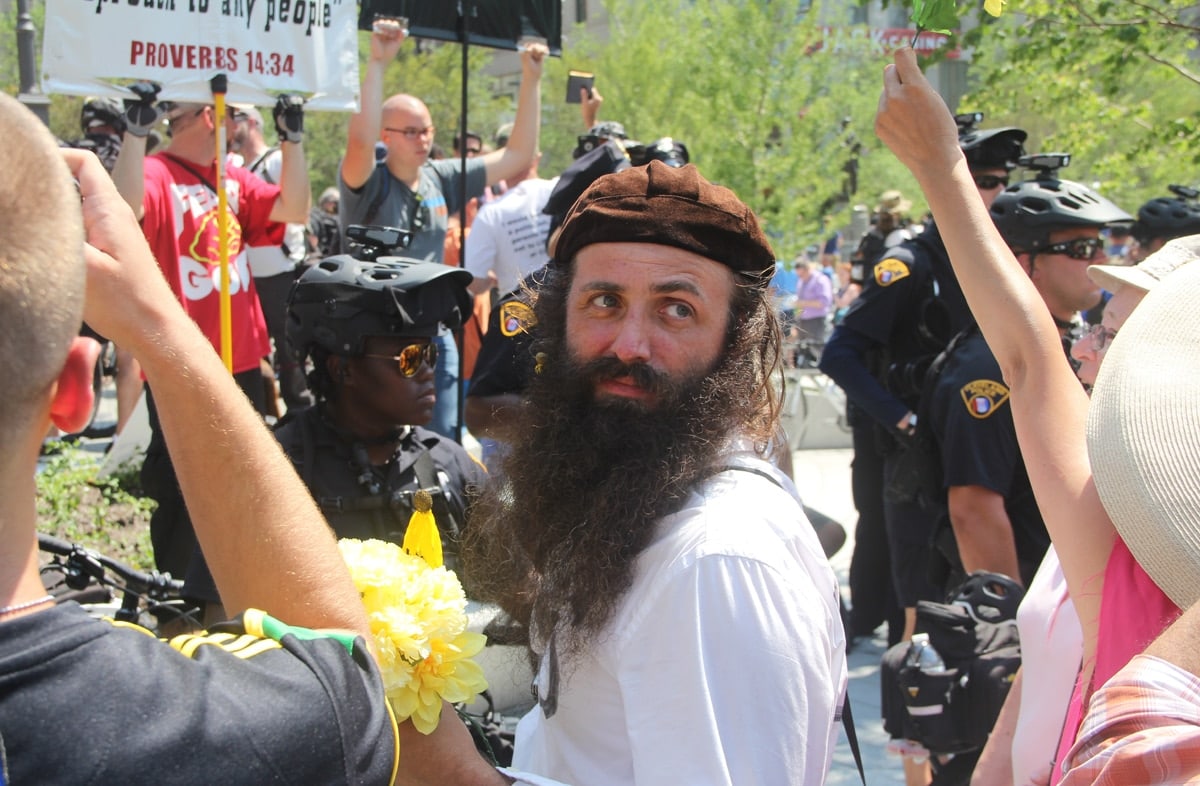 A protestor confronting the main speaker with his own megaphone. He had just quoted scripture from memory. 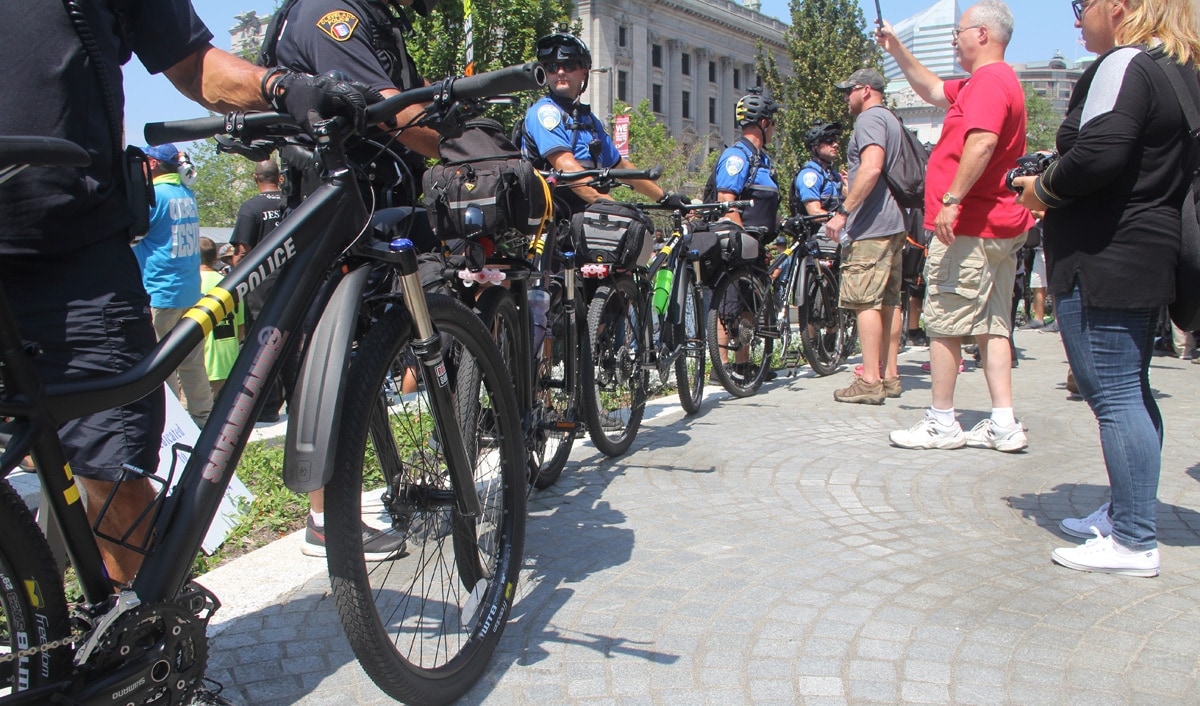 Police protecting the religious demonstrators with a blockade of bikes. 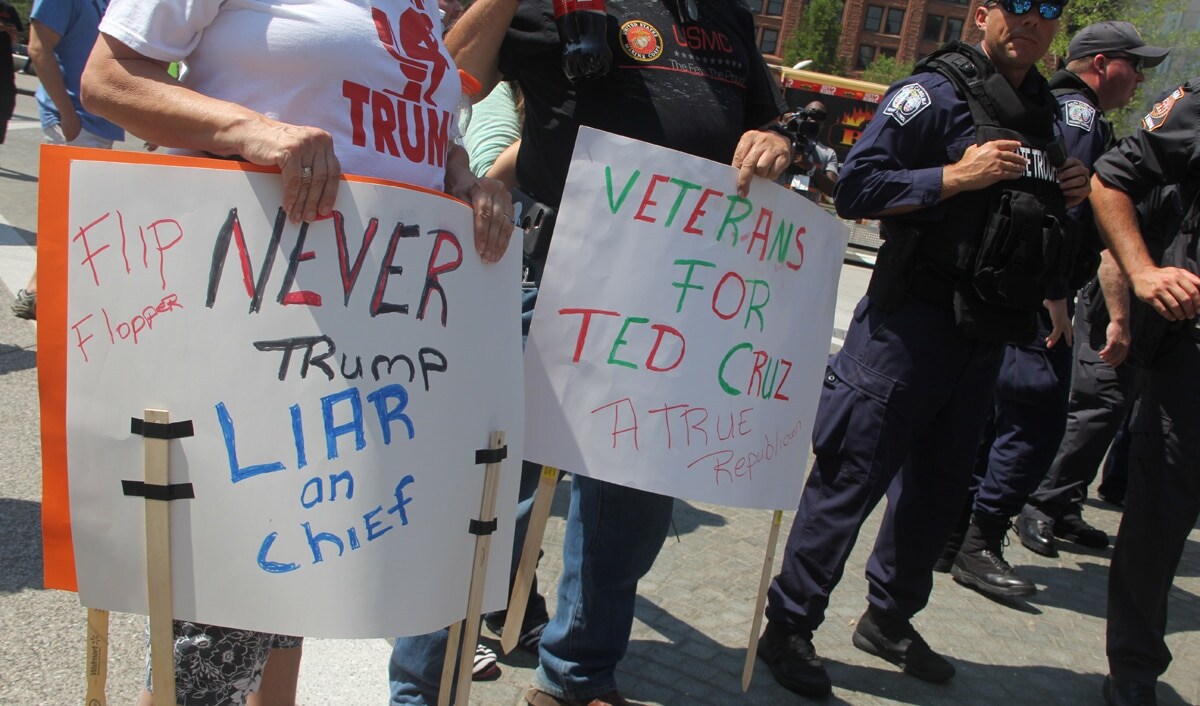 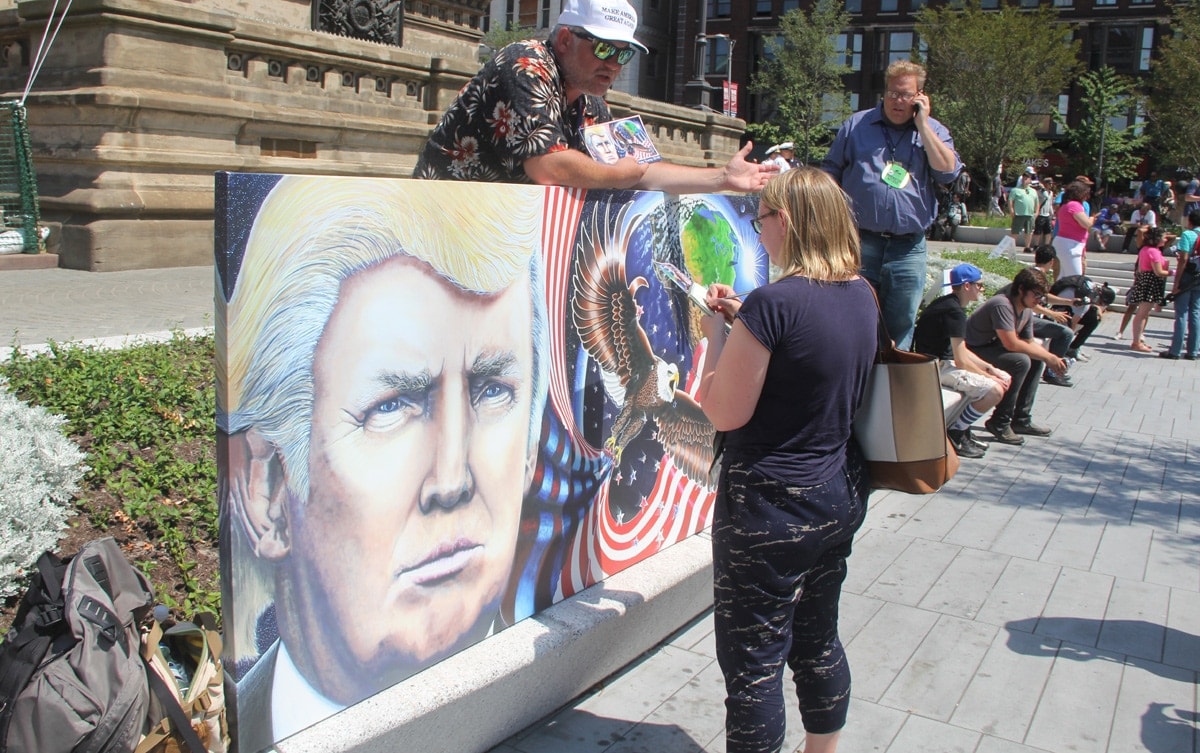 A man walking around with a mural of Donald Trump. 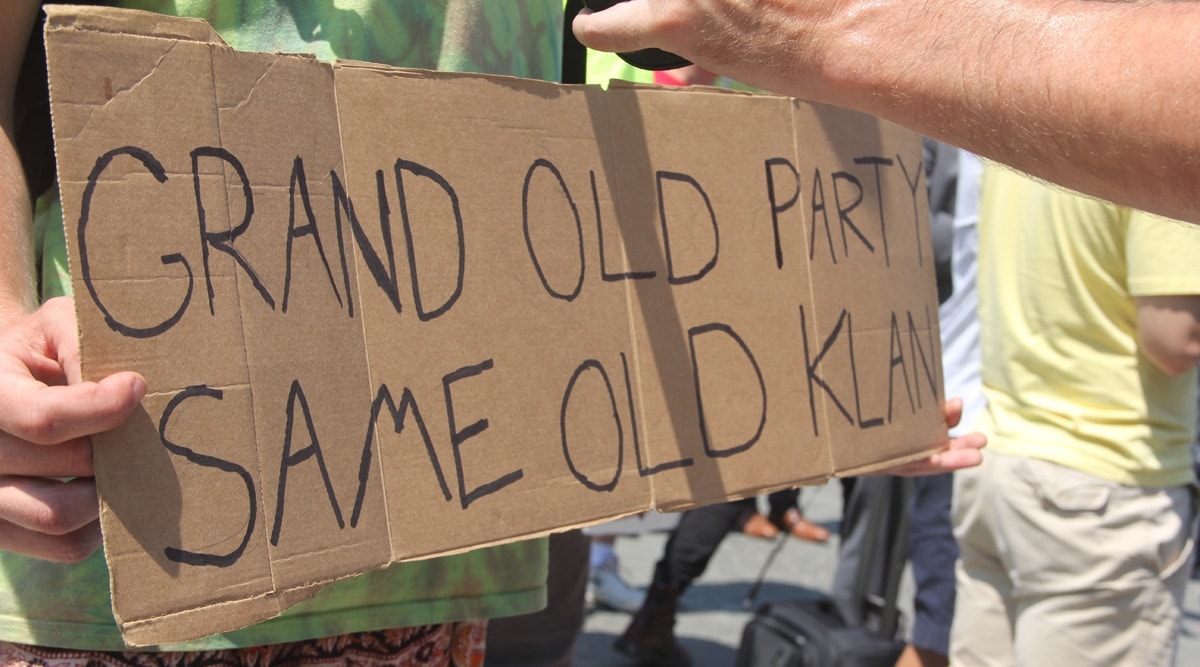 A simple sign made of cardboard still grabbed the attention of photographers. 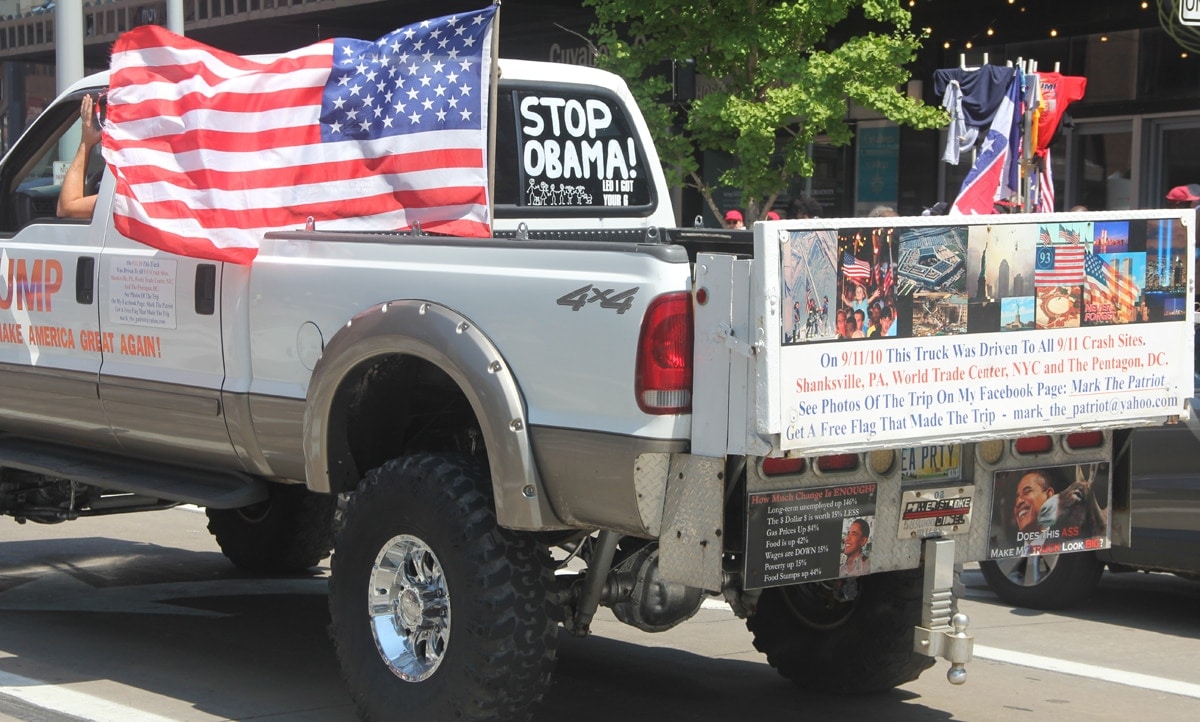 A man who decorated a truck with political rhetoric, mostly anti-Obama. He drove around the block near the Quicken Loans Arena. 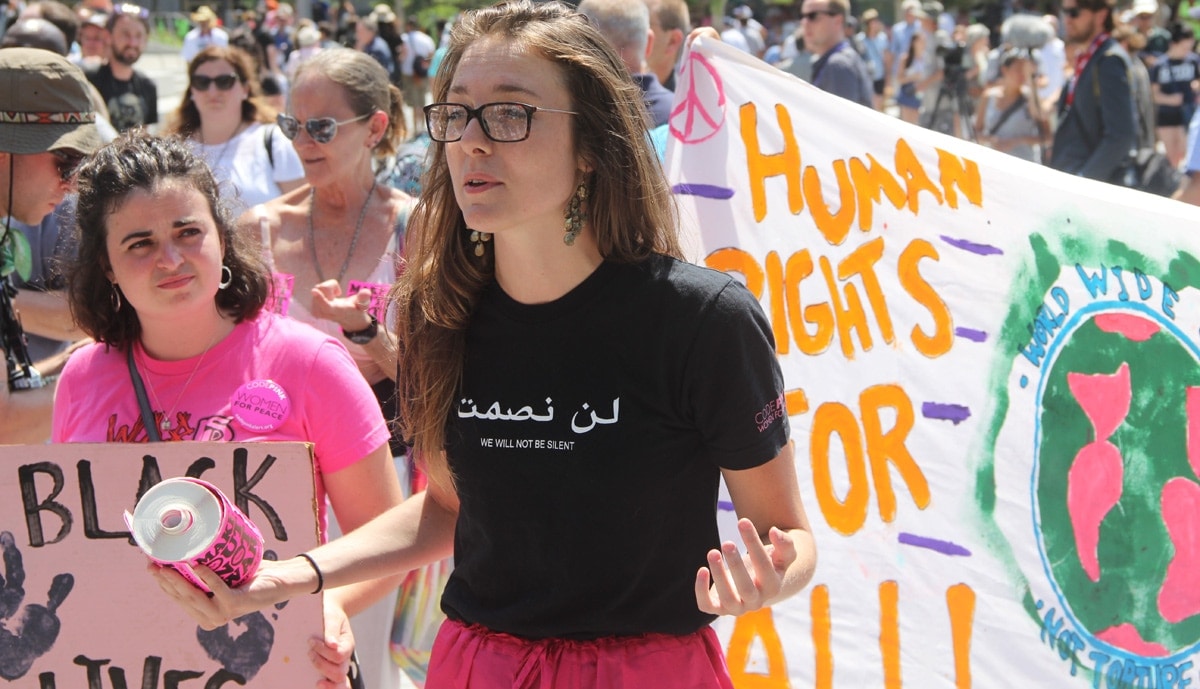 A speaker representing Code Pink taking the attention of photographers and reporters. 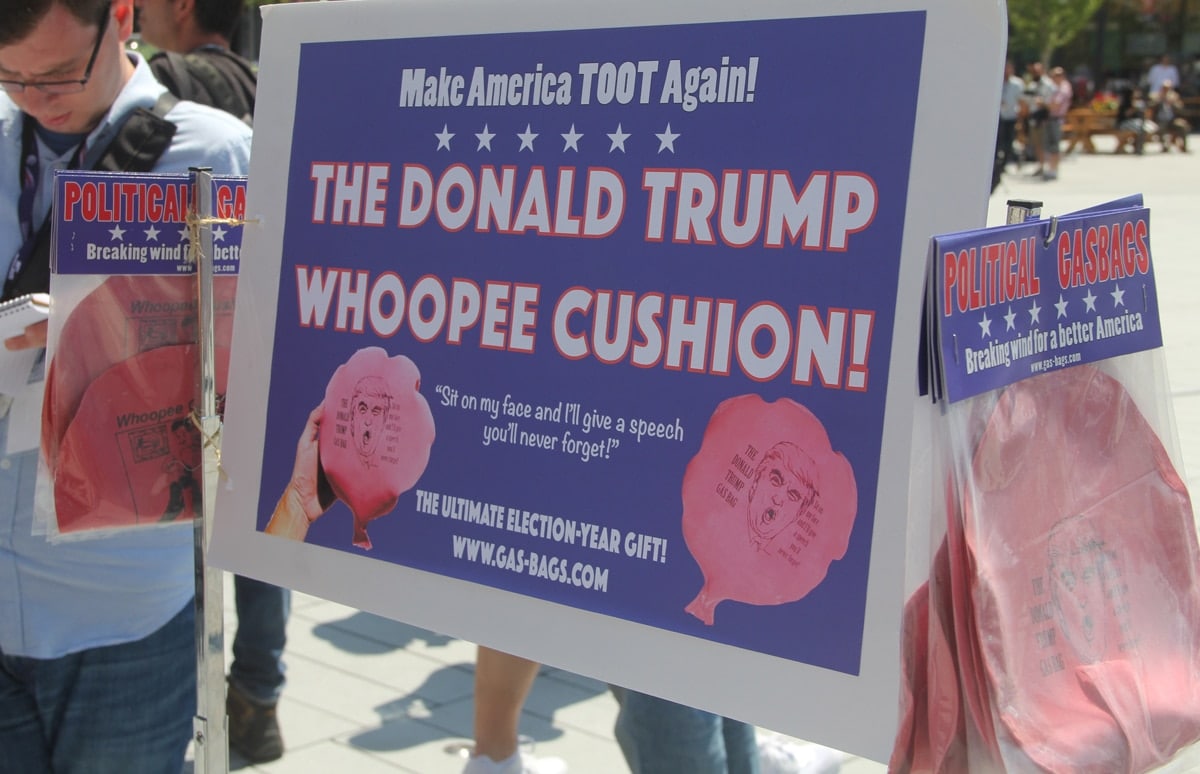 Not sure if these were actually for sale, but Donald Trump Whoopee Cushions on display in the courtyard. 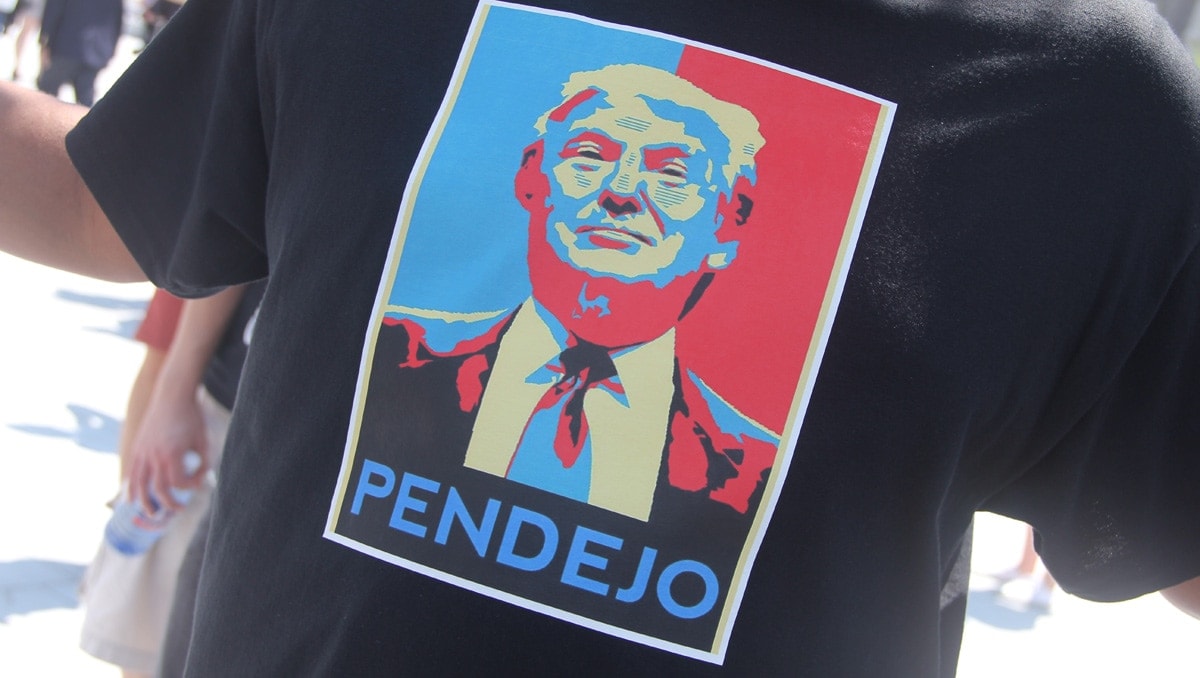 A man walked around with a satirical shirt of Donald Trump. “Pendejo” translates into English as “stupid.” 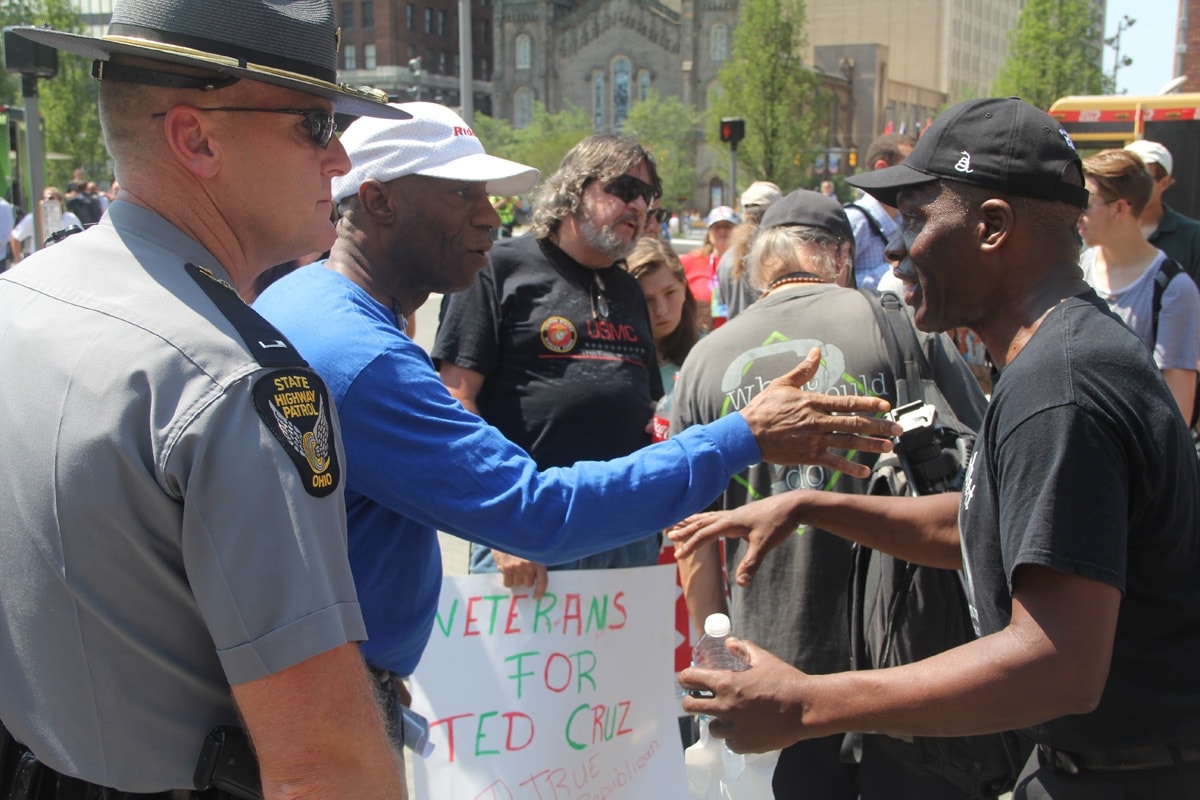 Two black men argue about race relations in the U.S. Dozens of officers were nearby to protect free expression, which can be seen with the trooper beside them. 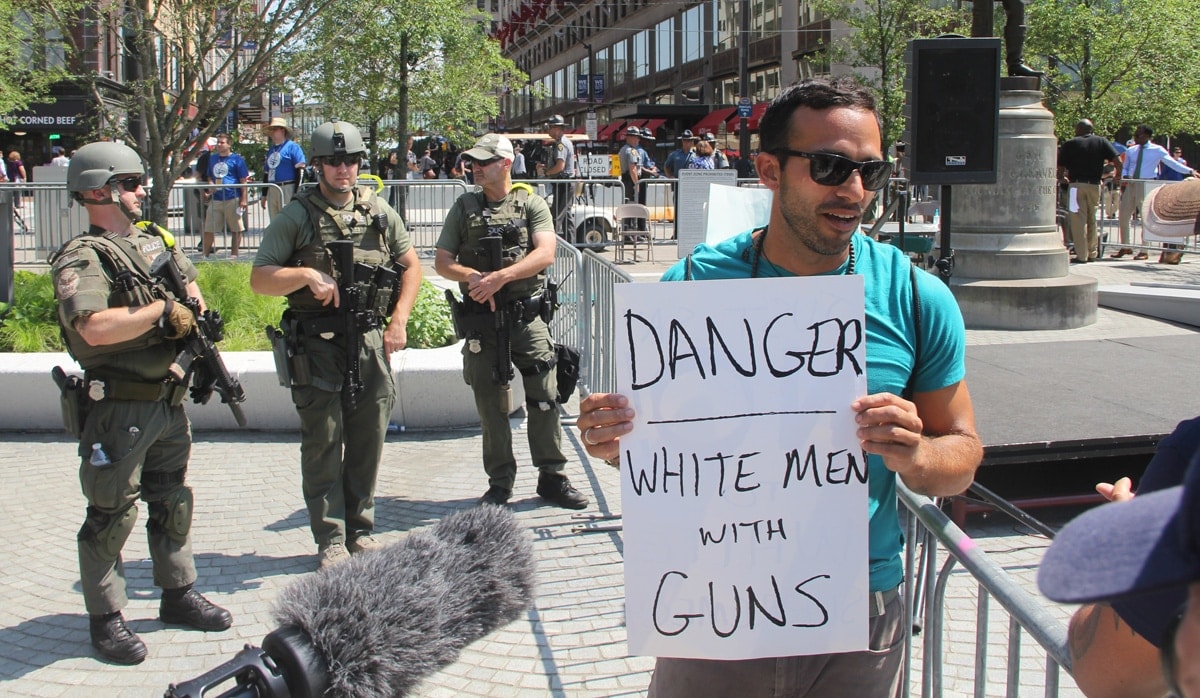 Man with a sign posing with a sign satirizing Texas officers, who, unlike others, wore SWAT gear and carried rifles. 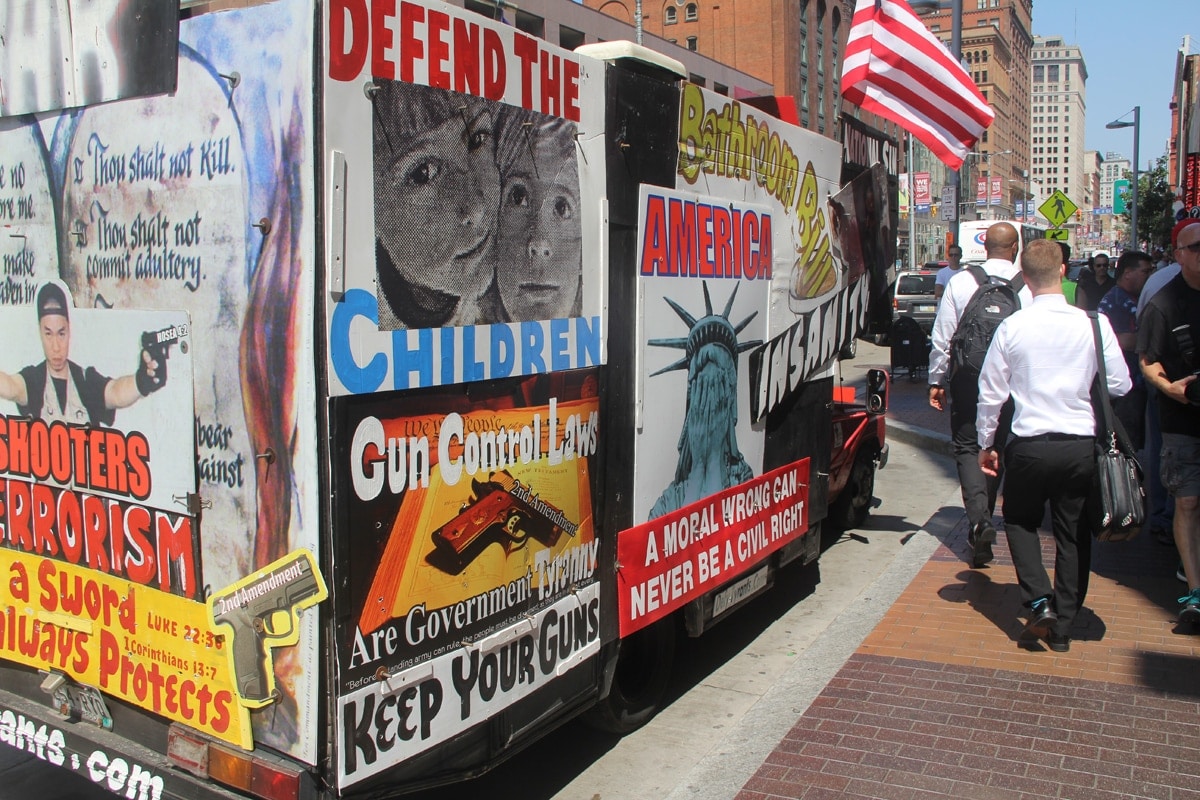 A truck with signs mixing pro-gun and religious rhetoric. 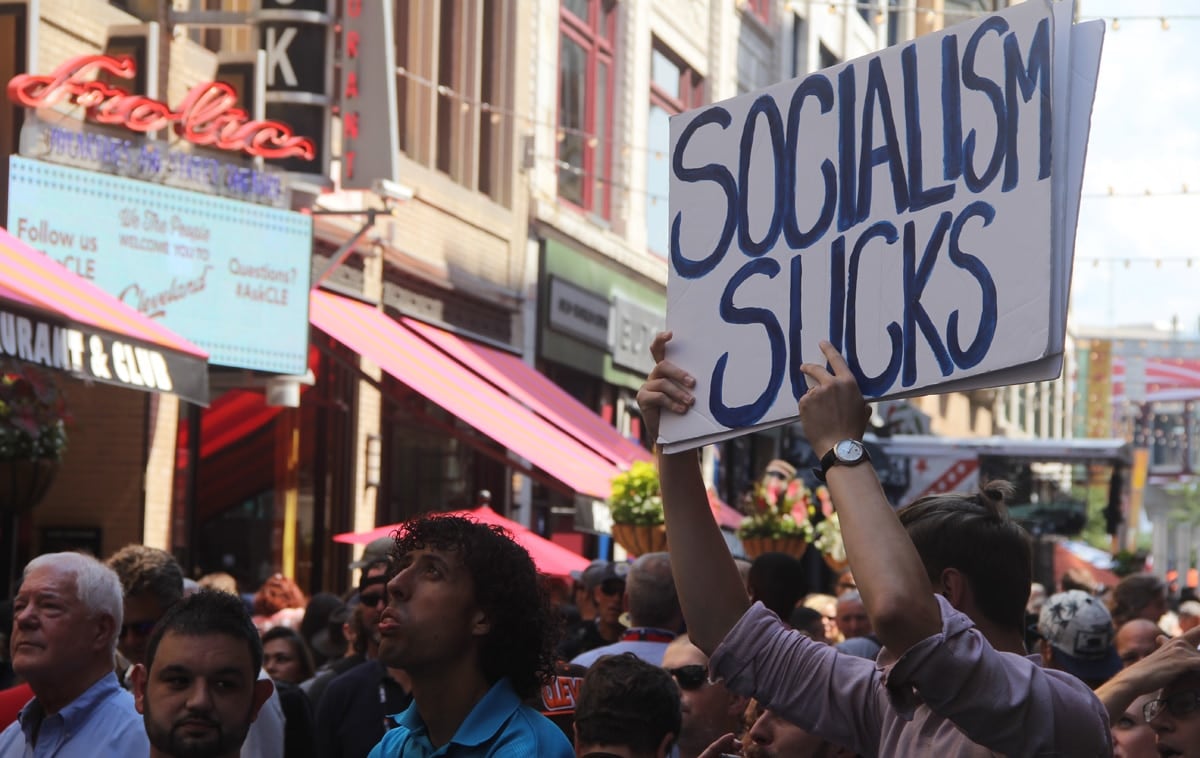 Man holds a “socialism sucks” sign in the backdrop of an MSNBC stage. 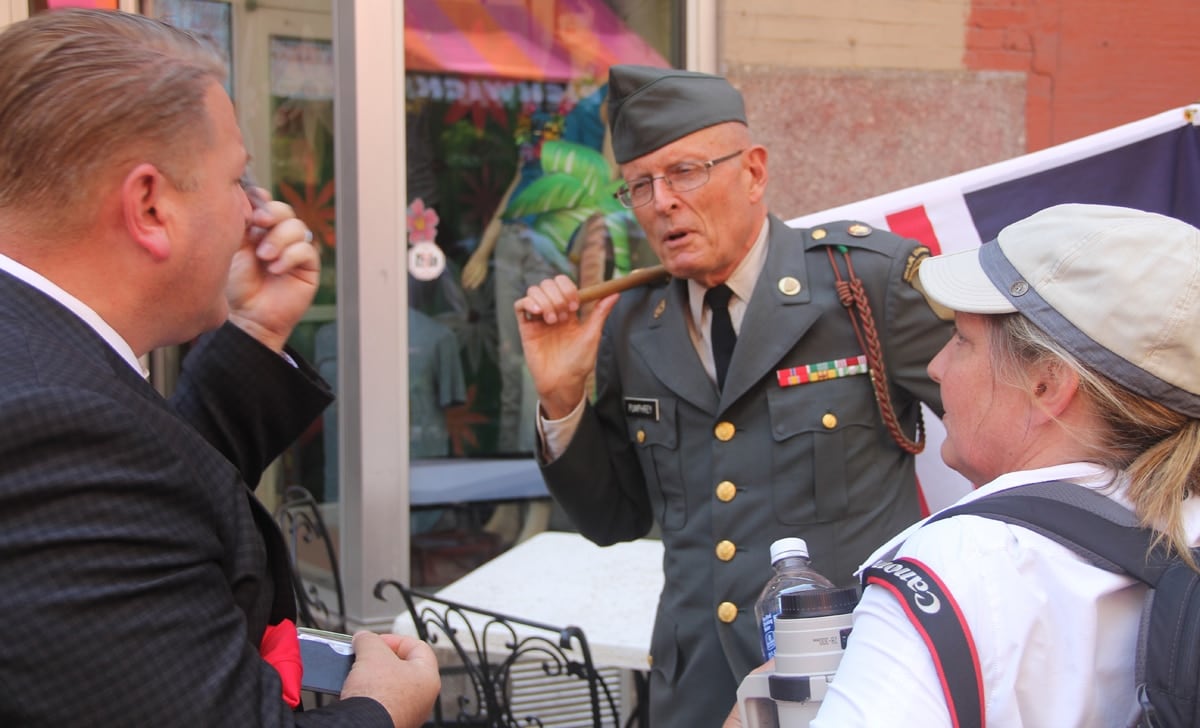 A man confronts a demonstrator wearing an Army uniform and holding a flag with a peace symbol. He man shoved his military ID in the demonstrators face and demanded to see his. The demonstrator said he had his DD214 discharge papers. 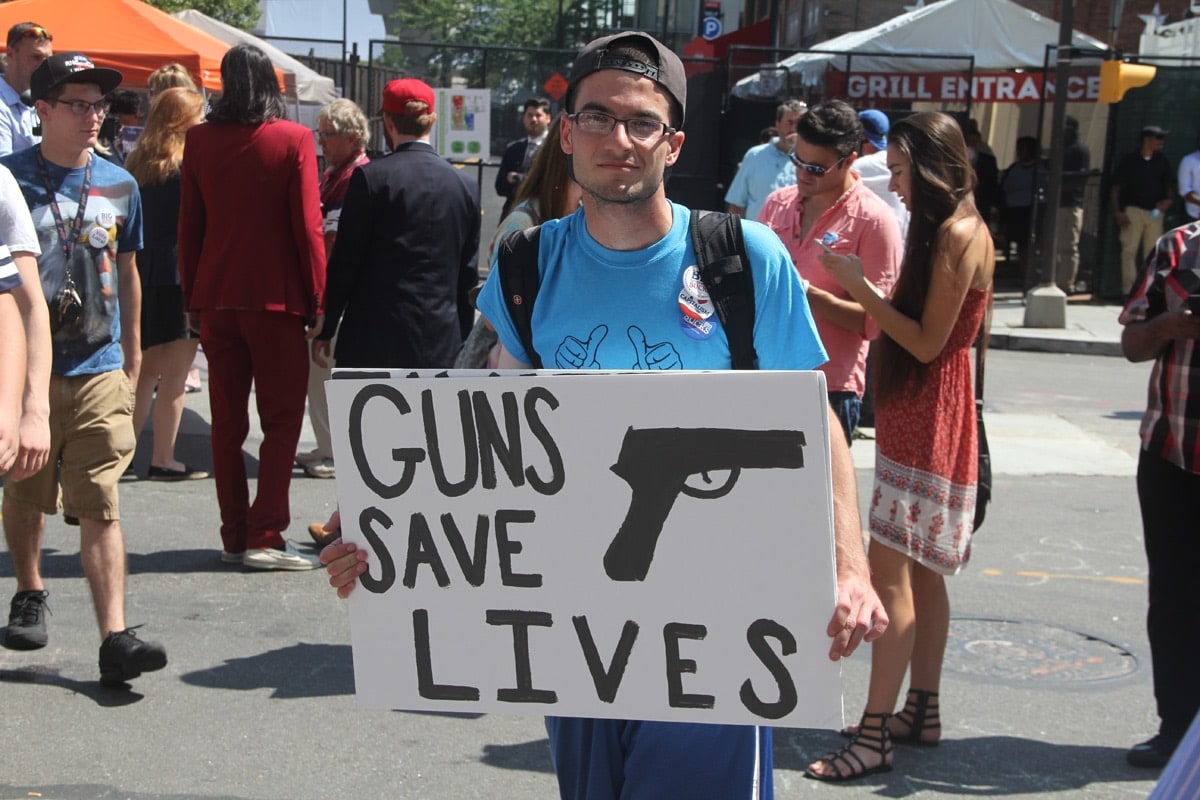 A man holds a “guns saves lives” sign as he walks around the Quicken Loans Arena. 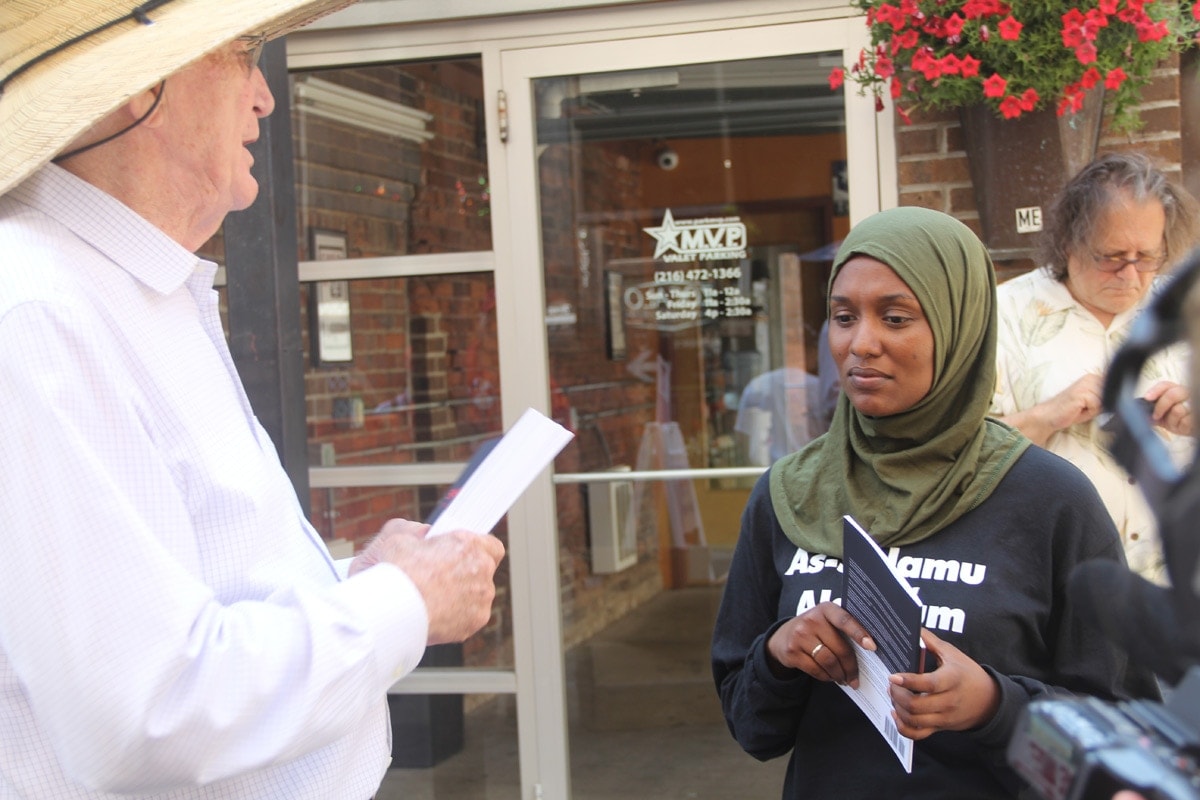 A demonstrator passing out anti-Sharia Law materials speaks to a woman wearing a hijab. 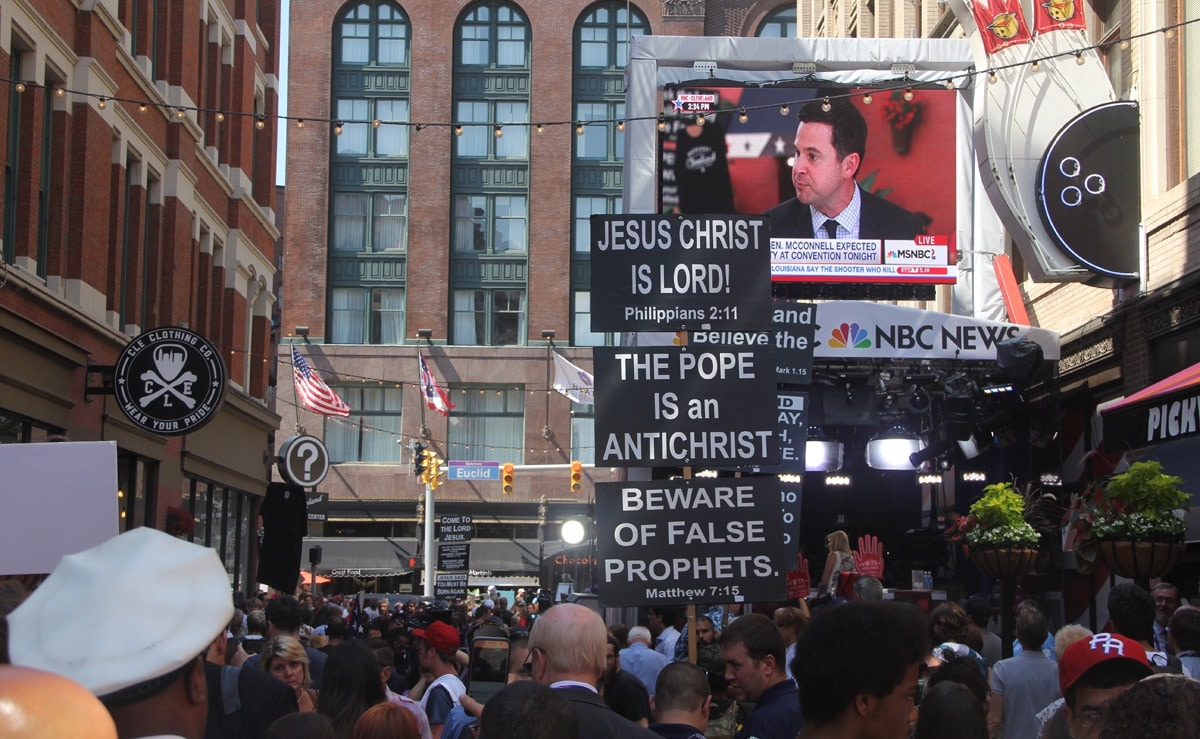 Several men holding giant signs and extra loud megaphones to condemn those he perceives as sinners trying to take the attention of viewers outside the MSNBC stage on a street that leads to the Quicken Loans Arena. 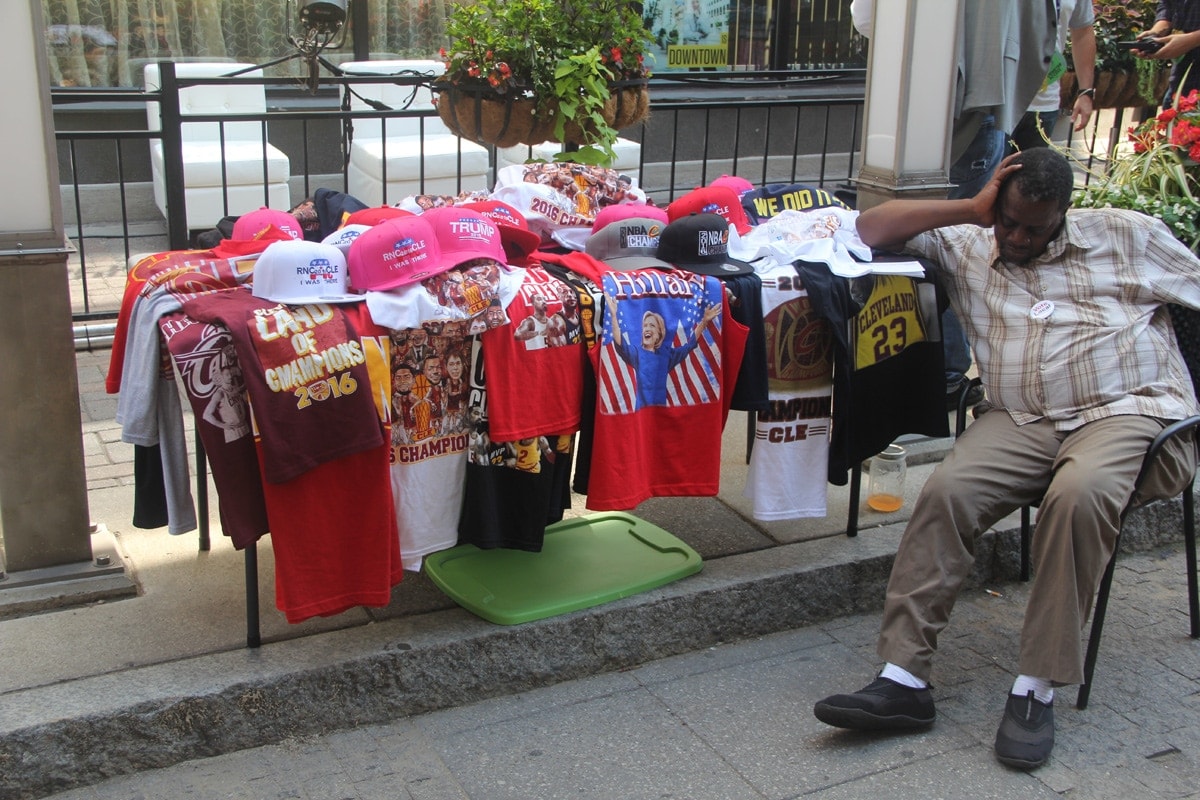 A vendor — one of dozens that line the streets — asleep during what must be a long and exhausting day. 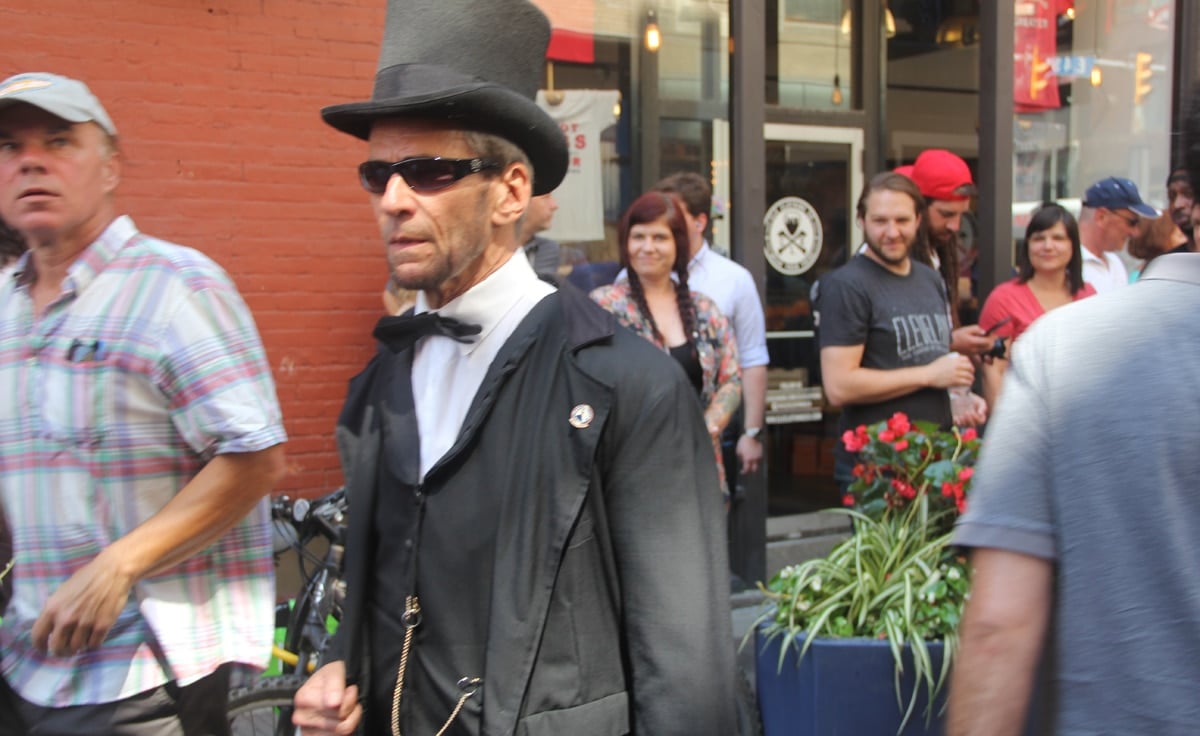 People shout at this Abraham Lincoln lookalike — and he’d respond by name. 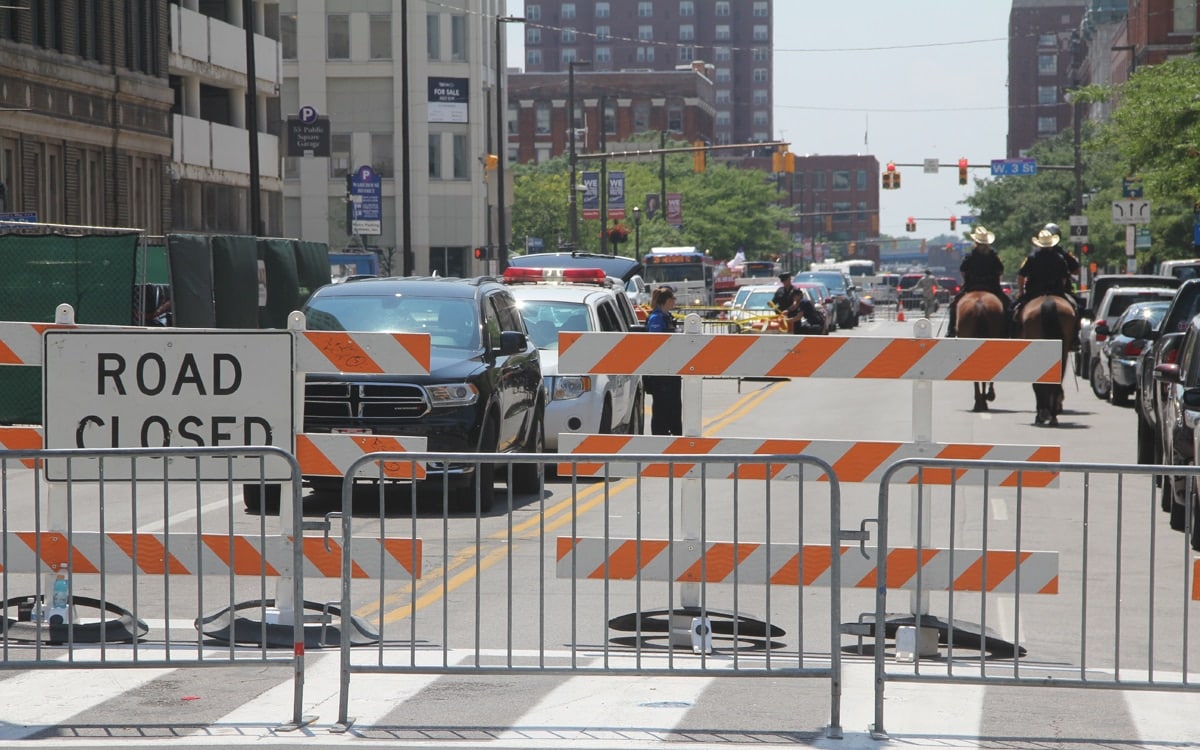 Police on horseback walk down the end of this road.