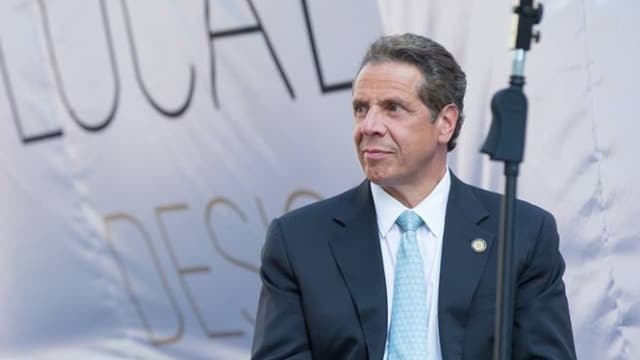 Gov. Andrew Cuomo’s SAFE Act is open for interpretation across the state, which had led to filing cabinets full of dusty opt-out forms in Monroe County. (Photo: Gov. Cuomo Facebook)

When Gov. Andrew Cuomo signed the New York Secure Ammunition and Firearms Enforcement Act of 2013 — commonly known as the NY SAFE Act — into law, one of the provisions was to allow permit holders to file an opt-out form with their local county clerk to ensure their permit information was prohibited from disclosure as a result of public records requests.

In Monroe County, it appears that many those requests were simply shelved. As first reported by David Andreatta of the Rochester Democrat and Chronicle last week when following up on a public information request concerning a pistol permit, current Monroe County Clerk Adam Bello (D) disclosed that there were some 20,000 unprocessed opt-out forms stored in filing cabinets in his office, amounting to about half of the permit holders in the jurisdiction. Of those forms, an estimated 7,200 were approved by a judge but never linked to the permits themselves.

Bello held that the forms were a leftover from former Monroe County Clerk Cheryl Dinolfo (R) who is now the County Executive and holds that the clerk last sent forms to the courts in February 2015. Dinolfo, while clerk, had made efforts to make the forms easy to obtain, and refused to issue any public information until the forms were processed as a block. Now, until the backlog gets fixed, Bello has made the decision to continue not to release any public records on Monroe County permit holders to ensure a form hasn’t been missed.

In effect, the stack of unprocessed forms has kept the entire 45,000 strong database of county permit holders sealed for years.

“Instead of all these forms going through that process and sealing the records, instead they were put in a drawer,” Bello told WHAM. “It has created a nightmare situation here because we don’t know what records are sealed, and which ones aren’t.”

Bello has asked the county for $25,000 in funds from the state for two part-time clerks to clear up the mess and is working with the courts to send over batches of forms at a time until the records are current. In an interview on WXXI Radio, Bello advised that the prior clerk’s administration estimated it cost about $16 to process each form.

As for Dinolfo, she advised that while she was in the clerk’s office, she did not release any permit holder information and made every effort to process the forms she was inundated with following Cuomo’s signature on the SAFE Act. Her ultimate goal was to organize the opt-outs after the process was over and only then release any information in accordance with public records request.

“It’s certainly not a mess,” Dinolfo told TWC News. “It was a clear decision on my part to make sure that we had a process where those who had opted out had the ability to do so.”

Andreatta, who found that many of the neighboring counties were able to process their forms in a two-three month period, feels the biggest loser in the saga of Monroe County’s opt-out forms is the public.

“It looks like most of these forms weren’t processed in the past couple of years,” Andreatta told WXXI.