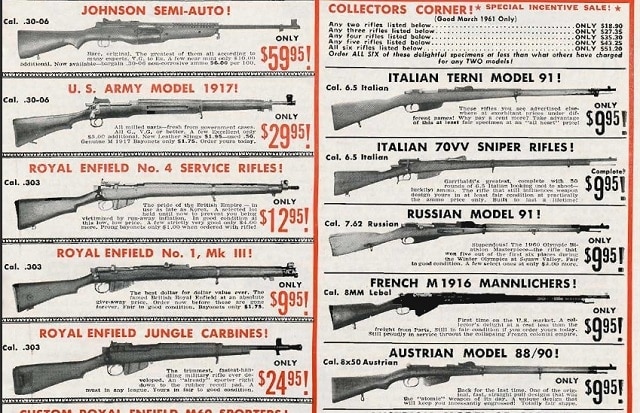 Hold your breath and wish for these prices as reflected in this 1961 GUNS magazine ad.

An anti-tank gun for $98.50? $9.99 Mosins! Flip through an old magazine from yesteryear and you will come across deals that you could only dream of today.

Sure, inflation is a beast and one could argue that the $9.99 Mosin Model 91 for sale in 1961 when adjusted for today’s prices is $80, but just go ahead and try to find transferable Slothurn or Boys anti-tank guns for sale today for less than four figures without the decimal. 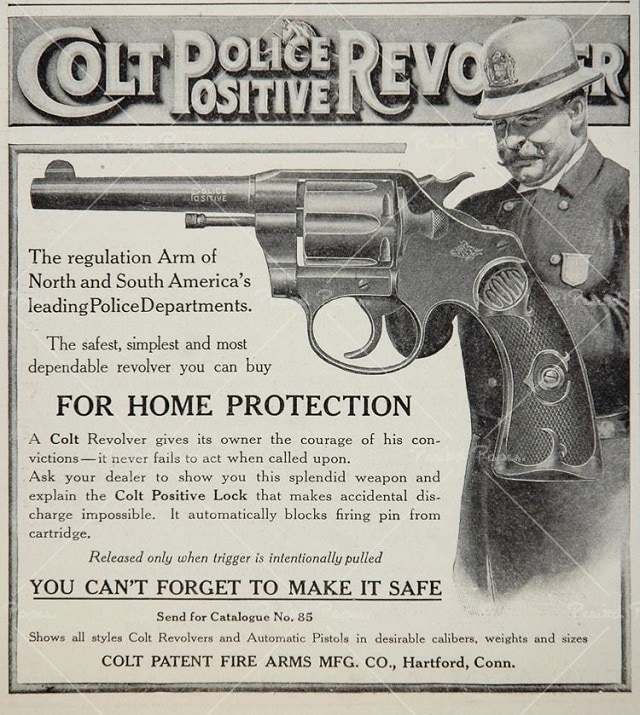 The Colt Police Positive was a favorite of the Keystone Cops era. And best yet, you could buy it by mail order and have it shipped to your front door. 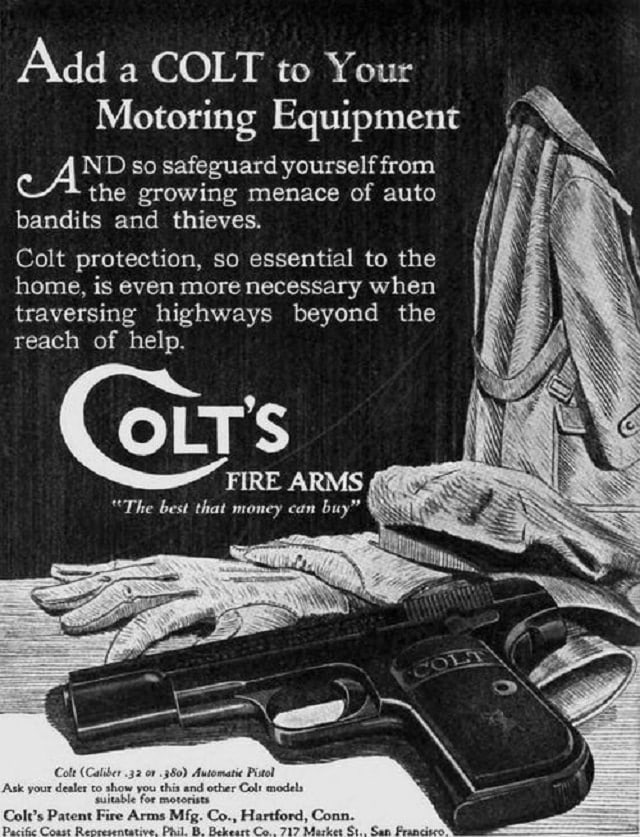 But the company sold guns aimed at the new automobile market in the 1900s as well, preventing early carjackings for the EDC gent of the Jazz era 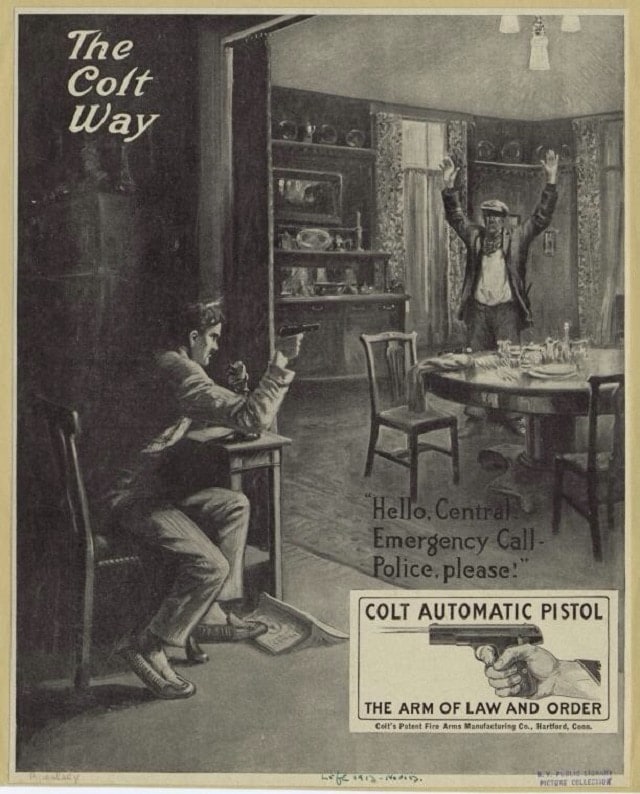 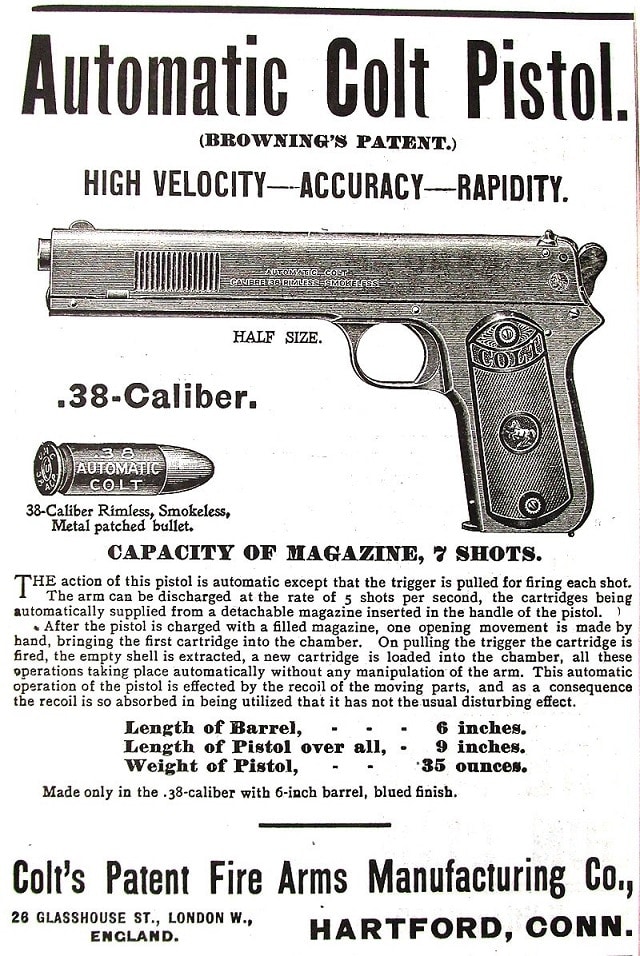 And even overseas sales, as shown in the British ad from the 1900s showing off the Colt’s “Rapidity” good luck buying a semi-auto handgun in England today! 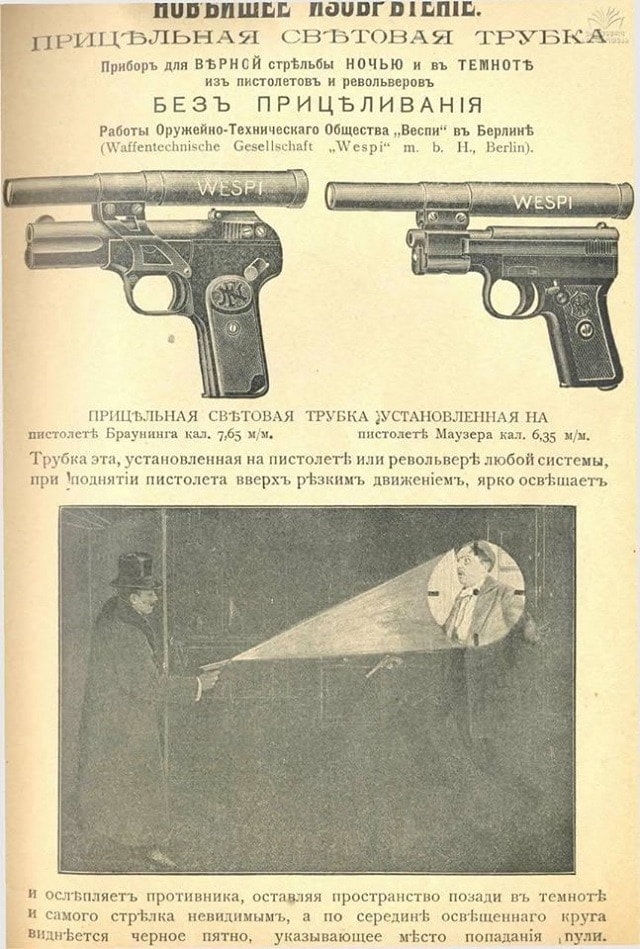 Tsarist Russia was big on German imported semi-autos, as shown by these Mauser 1910s complete with WESPI tactical lights. Surefire be damned. 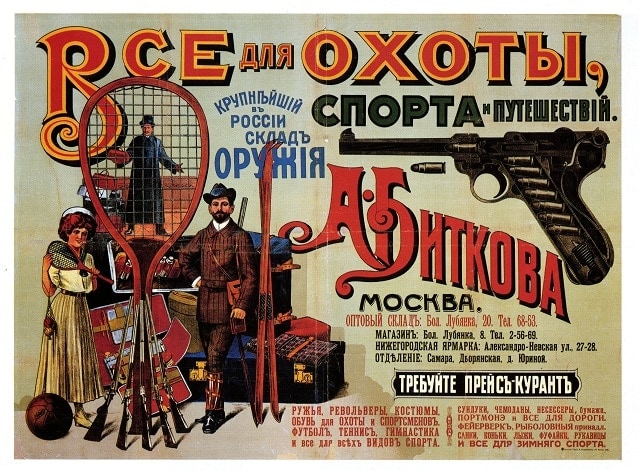 The Russians liked Lugers as well, and DWM wasn’t finicky about who they sold to 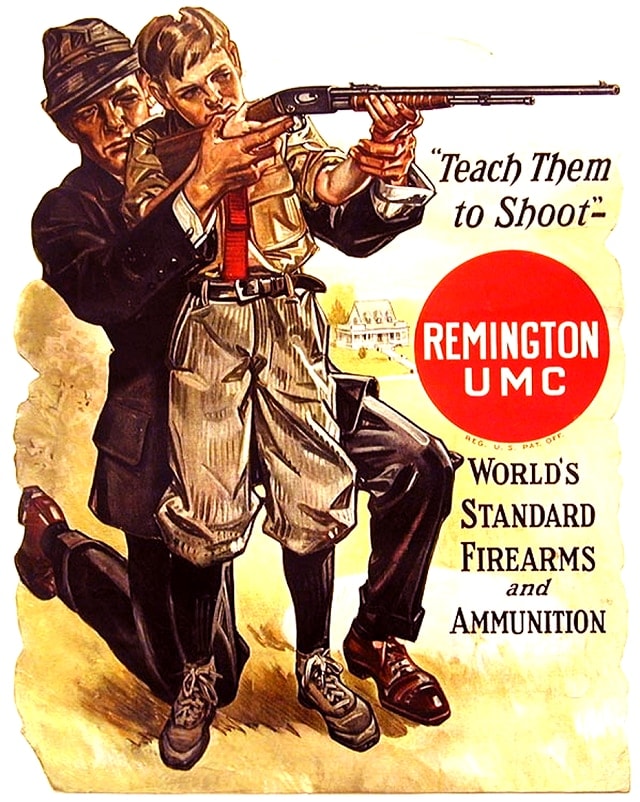 Ad for the Remington Model 12 Pump Action Rifle from 1909. Big Green has always played up the family angle. 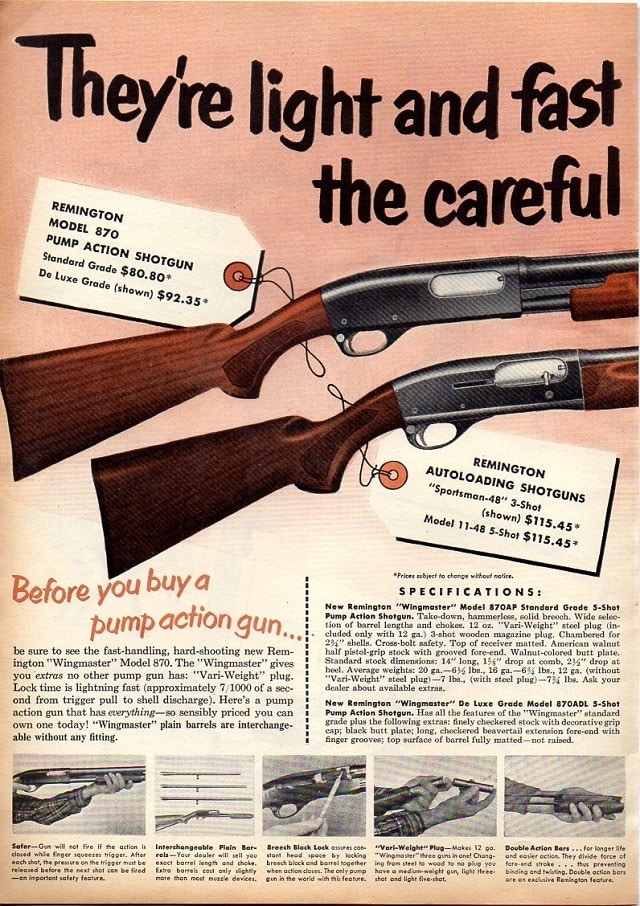 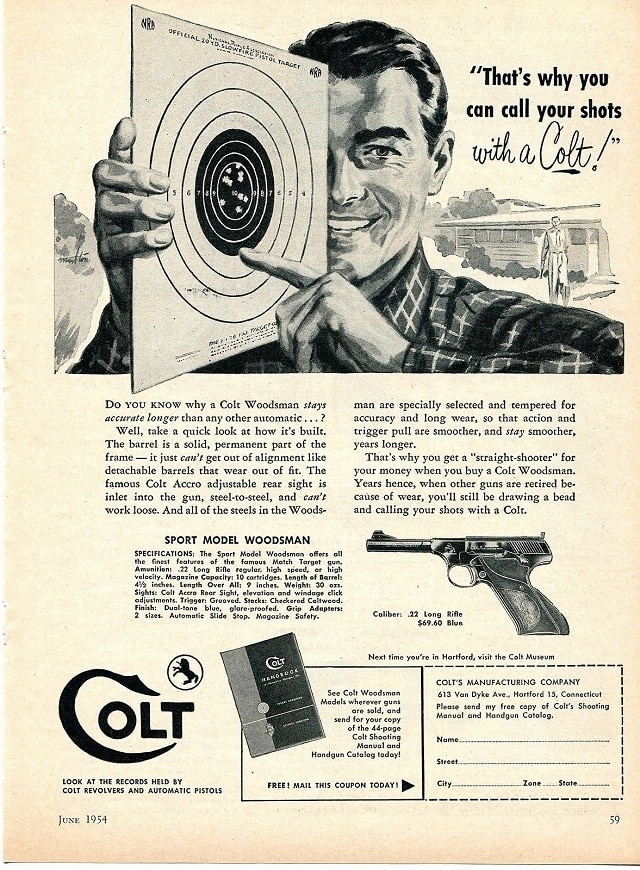 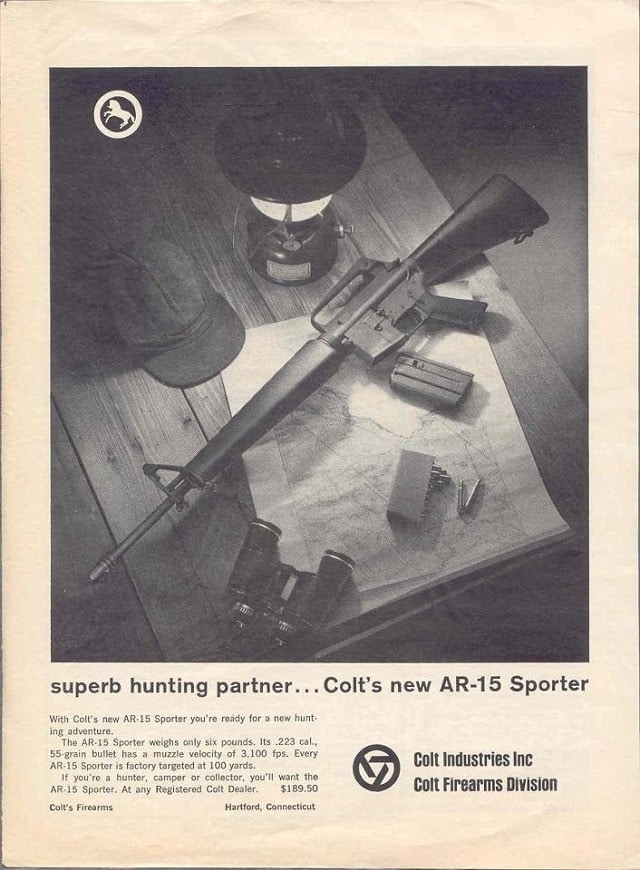 Speaking of Colt, they often marketed the “evil and made for the military only” AR-15 as a hunting and sporting rifle, as seen in the April 1964 American Rifleman ad (we have the original if anyone doubts the authenticity of this) 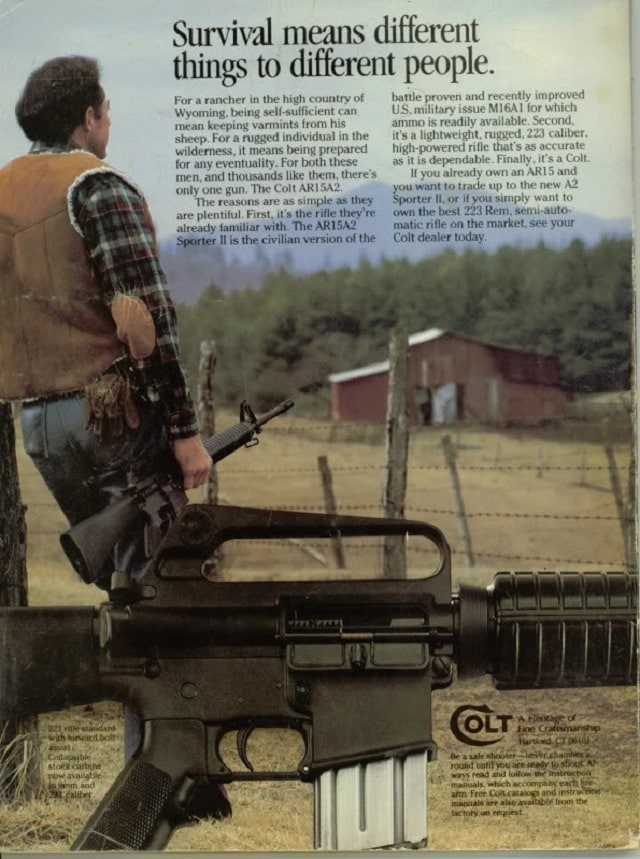 Also, see this AR-15A2 Sporter II ad from 1985, when it was competing with the Ruger Ranch Rifle as a gun for use on the farm. This gun had replaced the vaunted SP-1 in Colt’s line the year before. 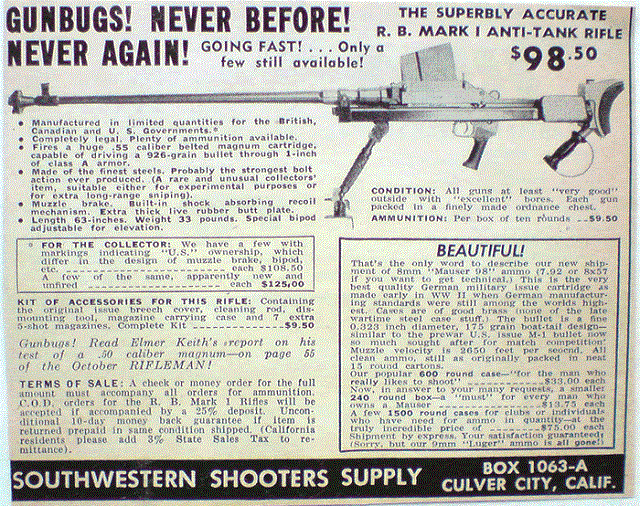 Remember back when you could buy working .55 caliber Boys Anti-tank rifles from this 1960 American Rifleman ad. 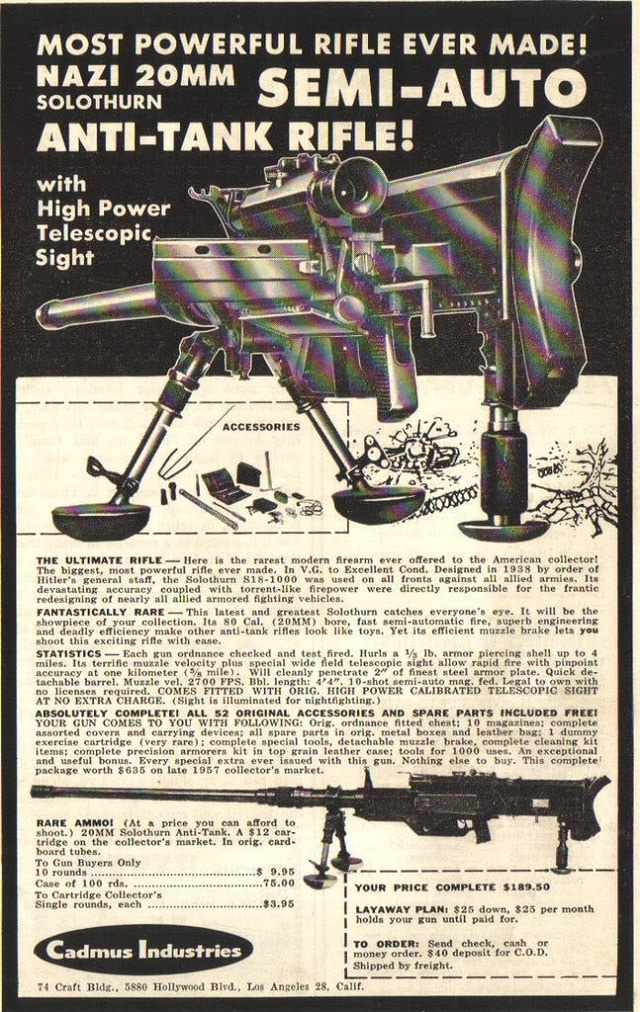 And German Slothurns as in this 1958 ad. Check that price! You couldn’t smell a Slothurn for that these days. And read carefully– this was for sale in CALIFORNIA! You could put it on LAYAWAY!

How about this 1960 ad for (Alpine of California) M1 Carbines 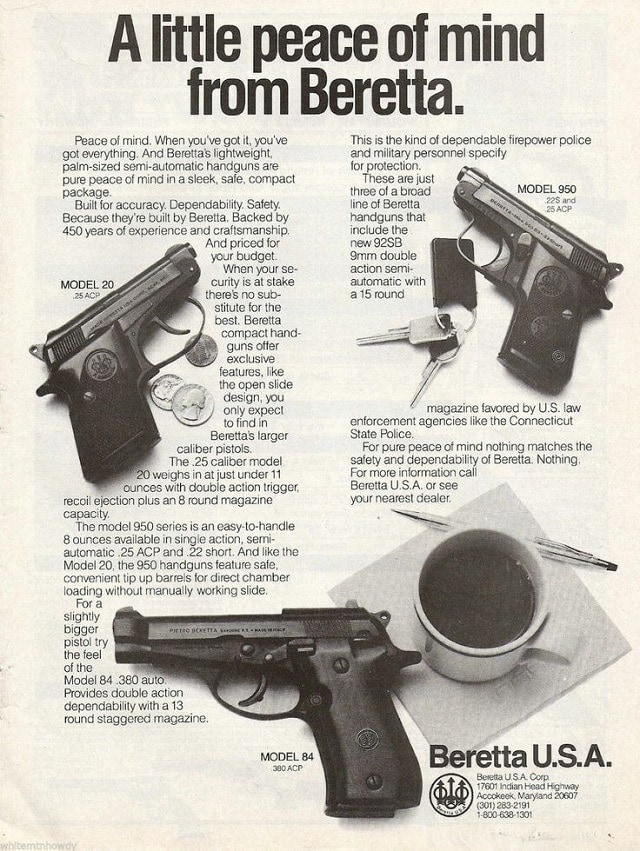 Even jumping into the 1980s…look at this Beretta splay 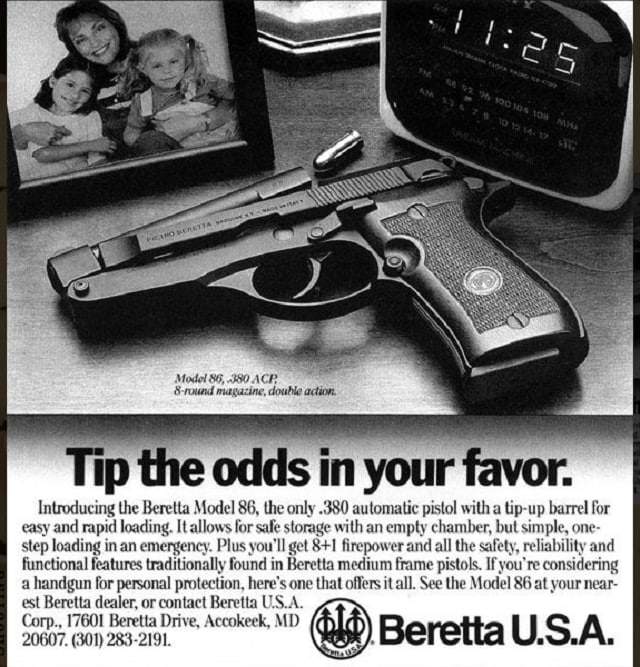 Or the forgotten Beretta 86 coming at you right from 1993. 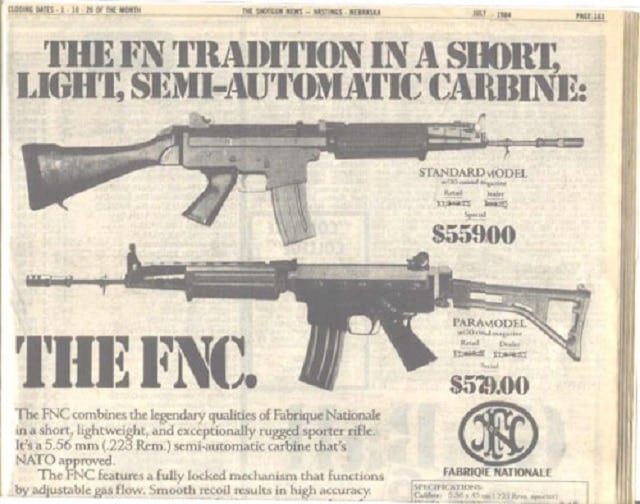 And who wouldn’t eat there hat for a Belgian made FNC for $599?

We’ll let you know when we finish the time machine.