3 Dead after shooting in Great Britain 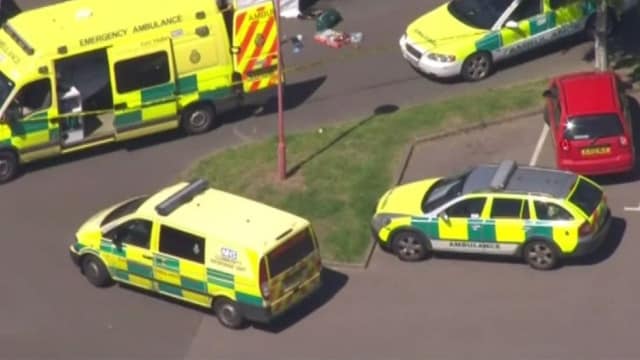 “We can confirm that the deceased was not a shotgun certificate or firearms licence holder,” advise police. (Photo: Sky News)

Police in the English market town of Spalding in Lincolnshire announced Tuesday that a man killed his wife and daughter at a local swimming pool, then turned the shotgun on himself.

Killed were Claire Hart, 50 and her daughter Charlotte, 19.

“At 9am this morning we received a call reporting a shooting outside Spalding swimming pool on Pinchbeck Road,” noted Lincolnshire Police in an official statement. “Emergency staff, including police and East Midlands Ambulance Service responded immediately. At the scene officers found a deceased man along with two women who had received serious injuries.”

The multiple murder/suicide came as a shock to the small Central England town in country where firearm ownership and use is very strictly controlled.

“Clearly, a situation such as this for a small community like Spalding is hard to comprehend. We are working alongside colleagues from the East Midlands Major Crime Team in order to provide answers around what has happened today,” advised officials.

The shotgun used by the suspected murderer, a 57-year old man, are allowed under English firearms regulations though police caution the one used in this week’s incident wasn’t registered to the shooter.

“We can confirm that the deceased was not a shotgun certificate or firearms licence holder and the provenance of the weapon used is an active line of enquiry,” advise police.