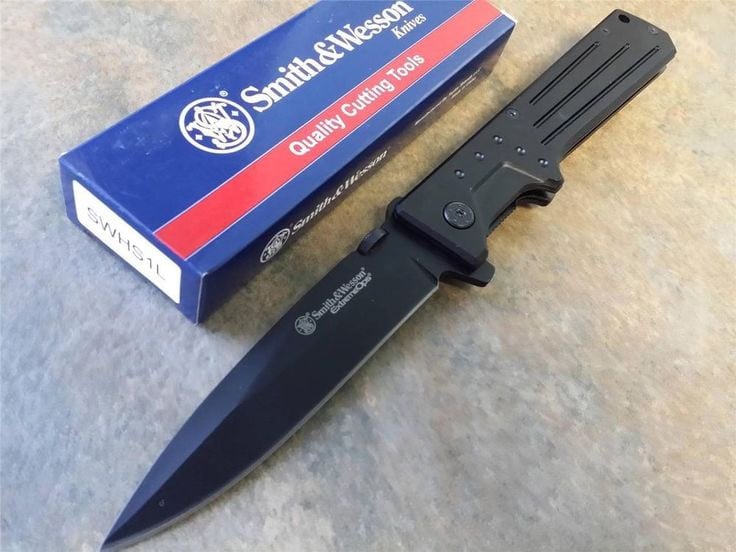 A picture of a Smith & Wesson knife found via Google search engine.

“Today’s announcement moves us closer to our vision, which is to become the leading provider of quality products for the shooting, hunting, and rugged outdoor enthusiast,” Debney said.

Taylor Brand, which manages at least four other brands, rakes in an estimated $39 million in annual revenue. The 40-year-old company is based in Kingsport, Tennessee.

Partly thanks to the accessory wing, Smith & Wesson increased annual revenue by 31 percent, bringing the total to $722.9 million by the end of FY2016. The Accessories Division, established in April but in the works after acquiring Battenfeld Technologies in December 2014, brought in an extra $65.3 million in revenue.

In January, Smith & Wesson delivered a presentation to investors highlighting plans to continue expansion into outdoor sports and fill gaps in its current firearms catalog. Valued at $60 billion, the broader outdoor-sporting goods market is roughly four times larger than the U.S. gun industry.