Cruz gets booed for not endorsing Trump in RNC speech 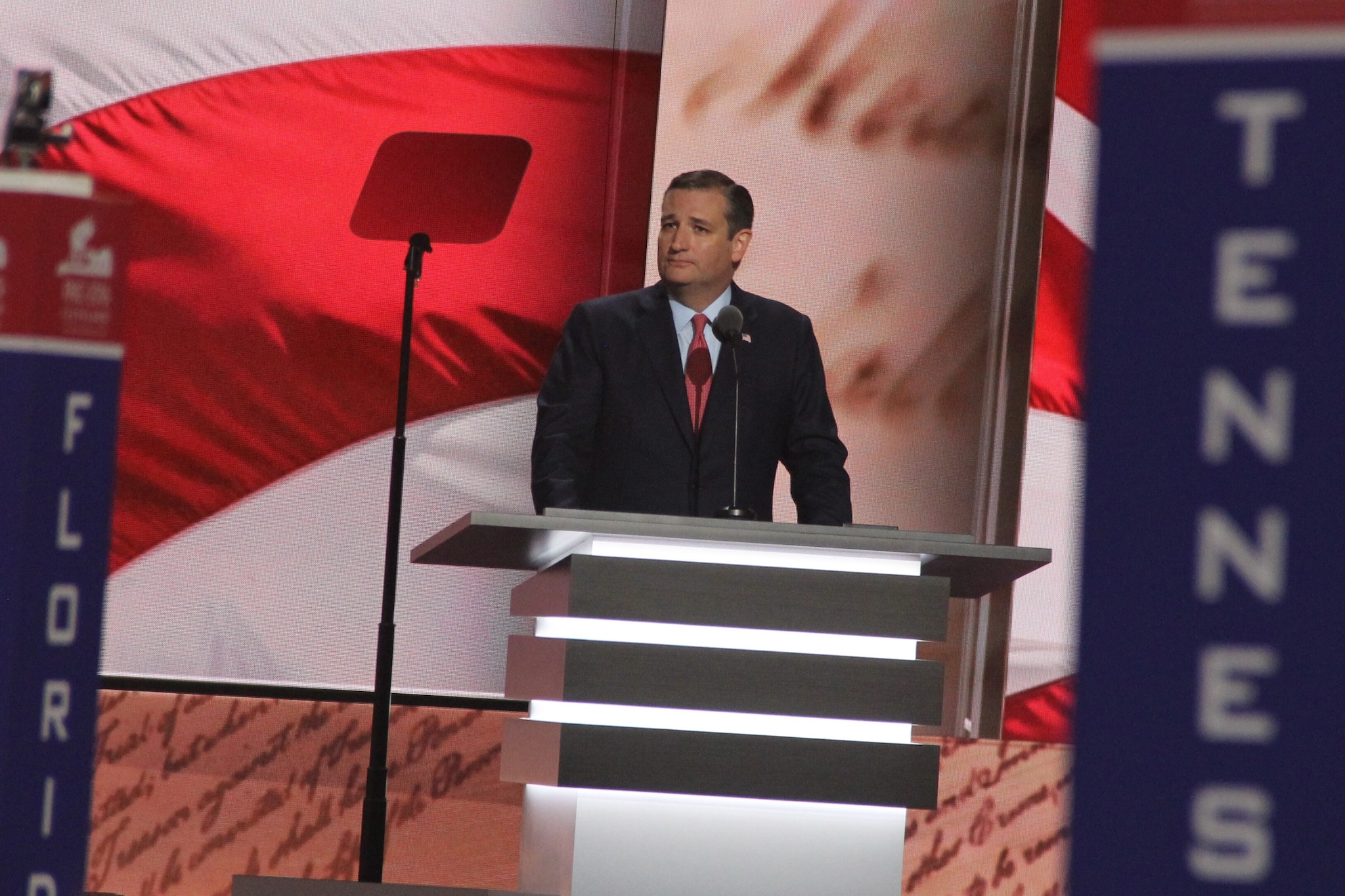 CLEVELAND – Former GOP presidential candidate and Texas Sen. Ted Cruz elicited mostly positive feedback from the crowd of thousands in attendance during his speech at the Republican National Convention at the Quicken Loans Arena in Cleveland on Wednesday night.

Cruz offered familiar themes and buzzwords, including an attack on President Barack Obama and his administration – which included former secretary of state and presumptive Democratic presidential nominee Hillary Clinton – for missteps in foreign affairs, especially in its thinking the Islamic State terrorists are the “J.V. team.”

Attacks like those pumped up the crowd in Cruz’s favor, until the junior senator himself took a misstep, as far as many in the audience were concerned.

“If you love our country and you love your children as much as I know that you do, stand, and speak, and vote your conscience, vote for candidates up and down the ticket who you trust to defend our freedom and to be faithful to the Constitution.”

“I appreciate the enthusiasm of the New York delegation,” Cruz said.

“You took a pledge,” a man yelled. Cruz continued speaking.

The crowd seemed to have reacted to Cruz’s use of the word “conscience,” which prior to convention had been used in conversations about keeping GOP candidate Donald Trump from the nomination, which he clinched this week.

A coalition of “Never Trump” delegates attempted on several occasions to pull the nomination from Trump’s grasp through convention rule changes, only to be put down during committee meetings last week and during a vote on the floor Monday. The same day, anti-Trump delegates tried blocking a rules package that would have bound delegates to their previously pledged candidate.

Attempts by the Never Trump movement to unbind delegates and allow them to vote their conscience ultimately failed.

It’s been almost three years since Cruz stood for more than 21 hours in filibuster on the Senate floor to promote the defunding of Obamacare. The spectacle launched him to national attention.