On Day 3 of the Republican National Convention, demonstrators continued to push hyper-focused messages outside the Quicken Loans Arena in Cleveland while others were just there to have fun because they believe in nothing — probably. Most of the photographs were taken by the Cleveland Public Square. 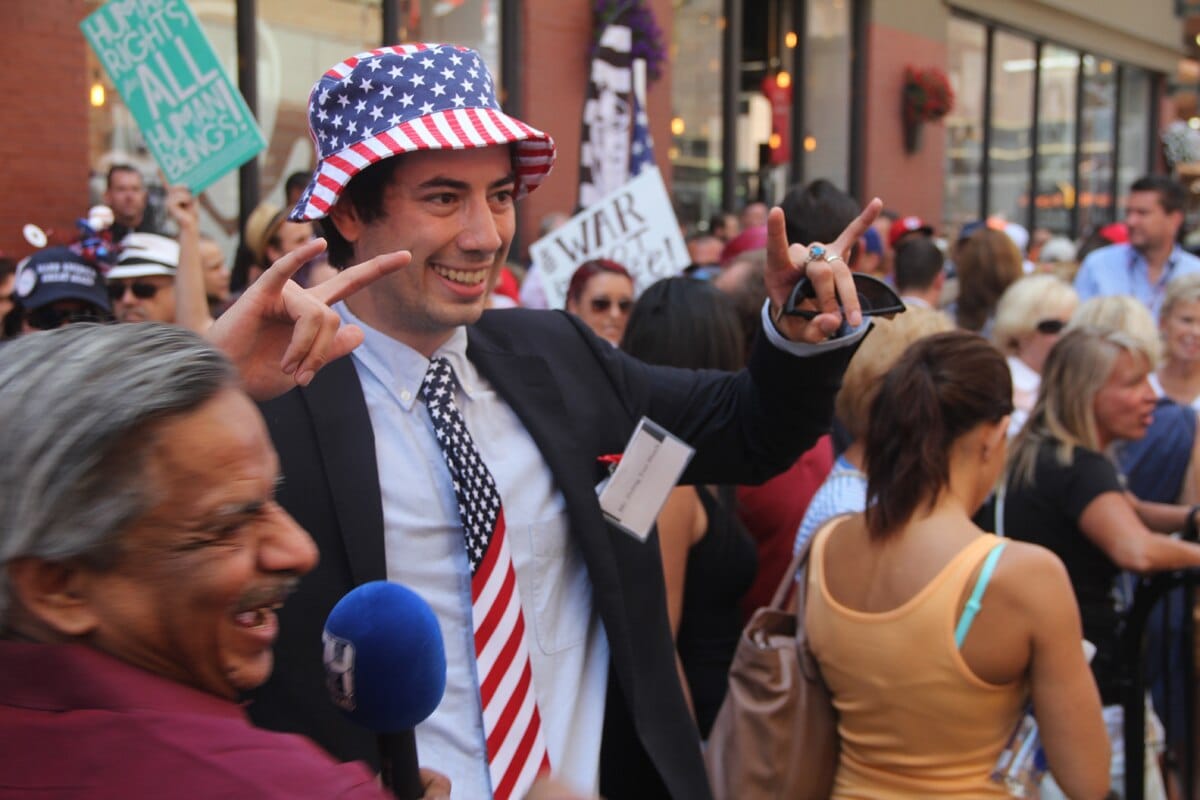 Foreign media interviewed the man sporting patriotic garb, but he expressed that his agenda was to be interviewed and he knew his eccentric clothes would win over reporters. The journalist laughed at the man’s candidness. 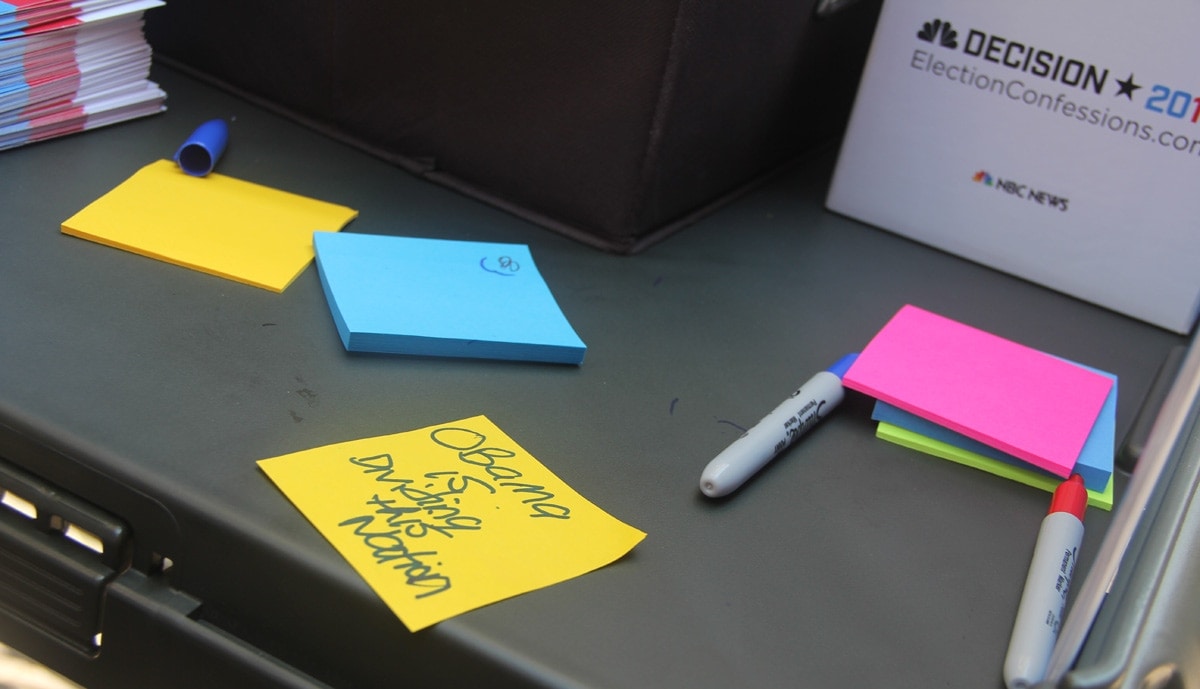 A man wrote his confession at a booth sponsored by NBC. Note: He gave permission for it to be photographed. 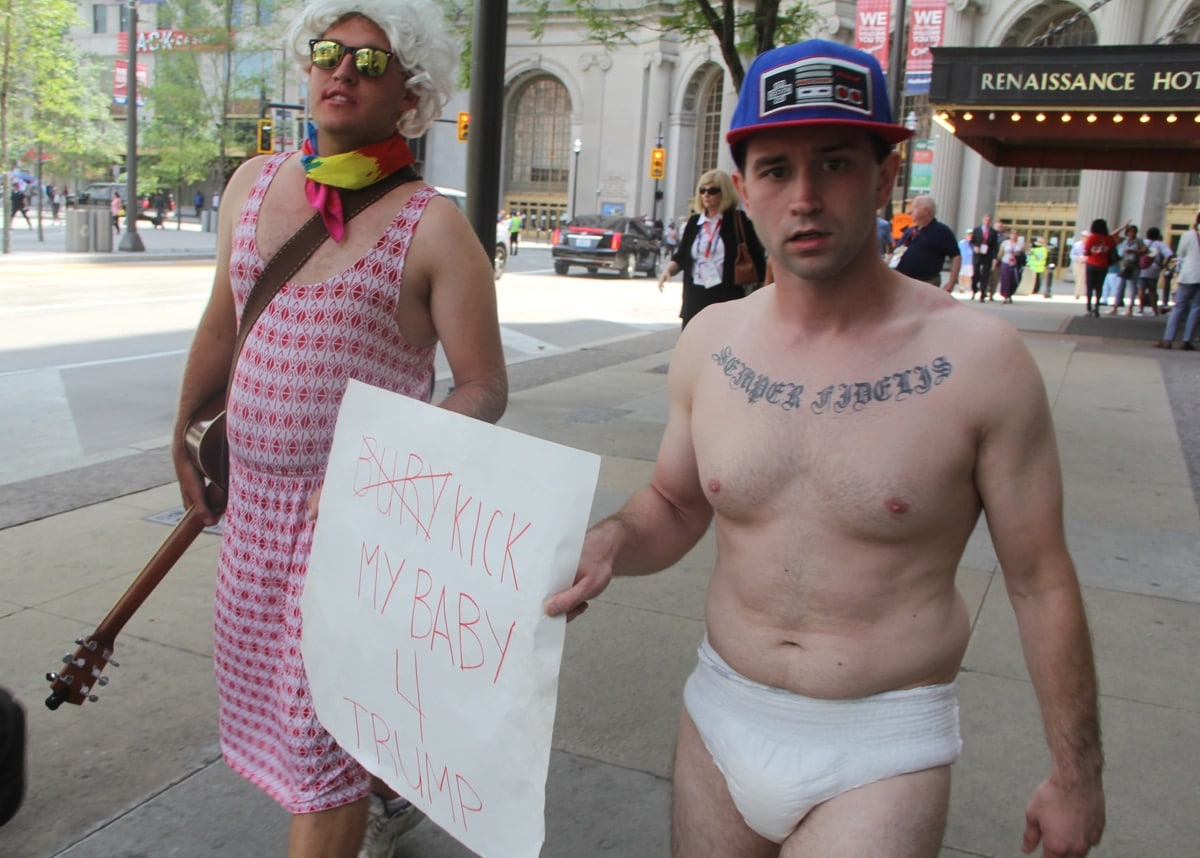 Two men — one dressed as a mother and the other as a baby — roamed the sidewalk around Cleveland Public Square. 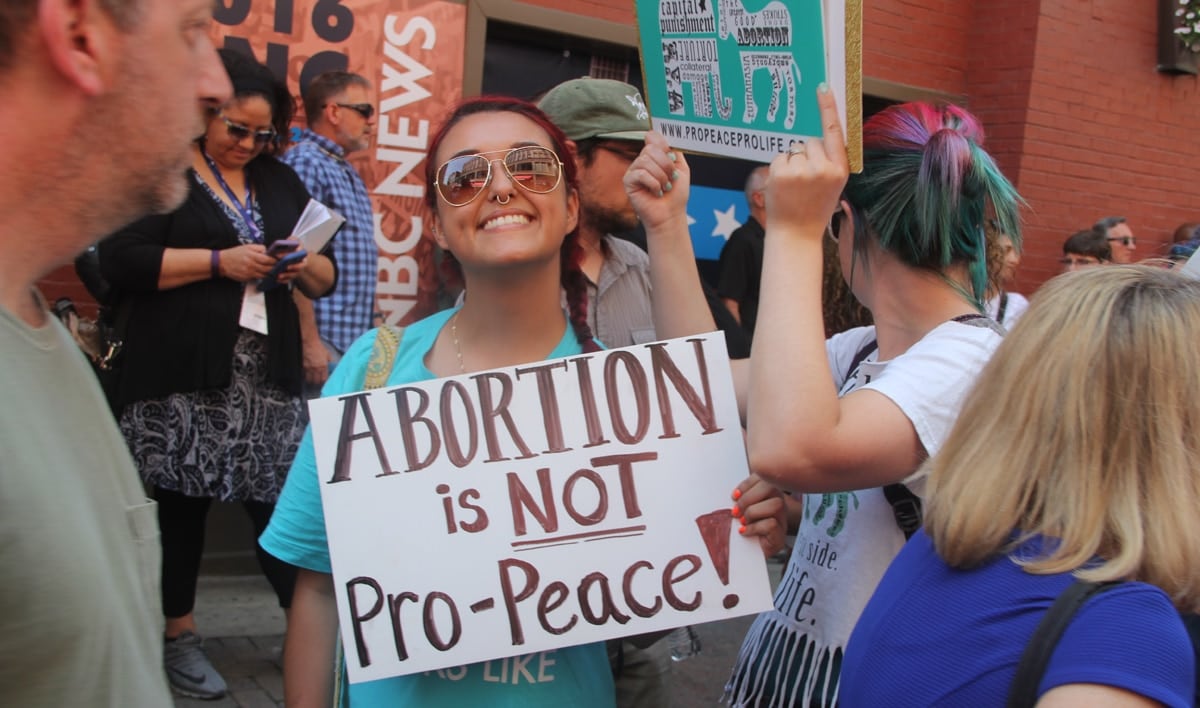 The woman holding the sign “abortion is not pro-peace!” passed through a crowded street with three other women advocating feminist ideas. 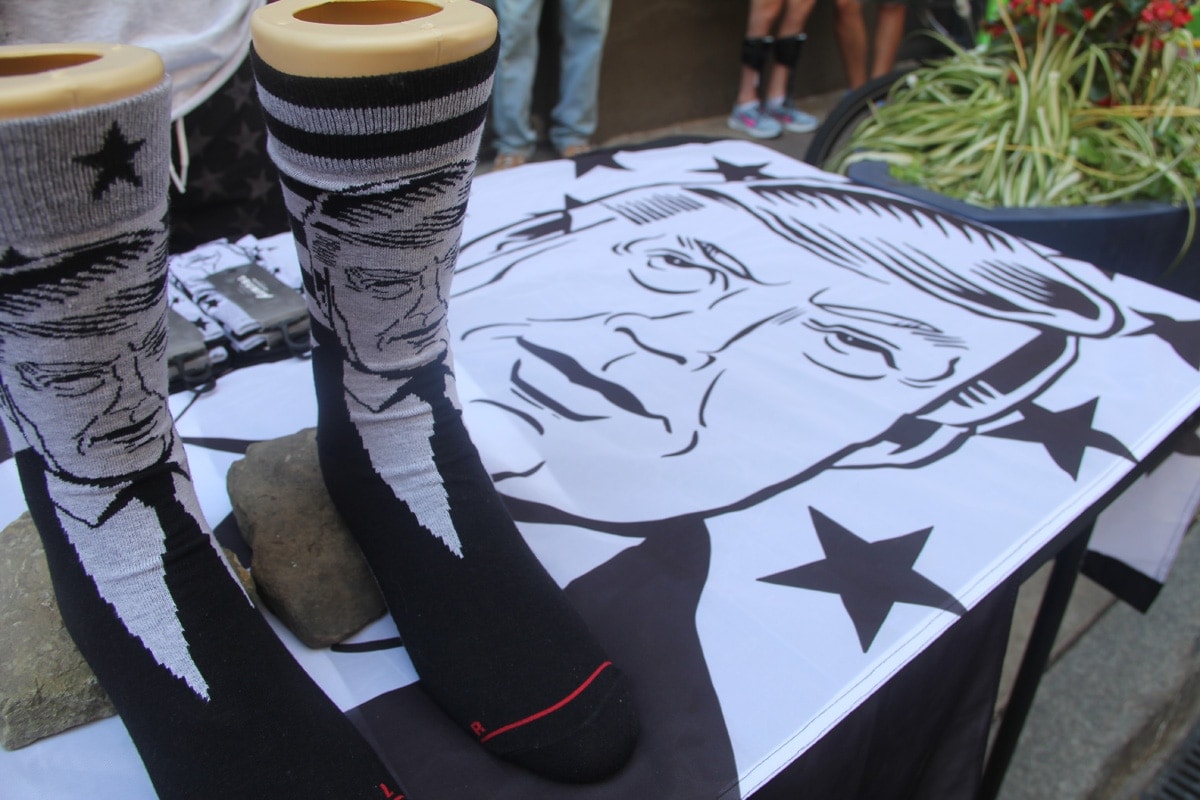 “Make feet great again” was the theme of this sock vendor. 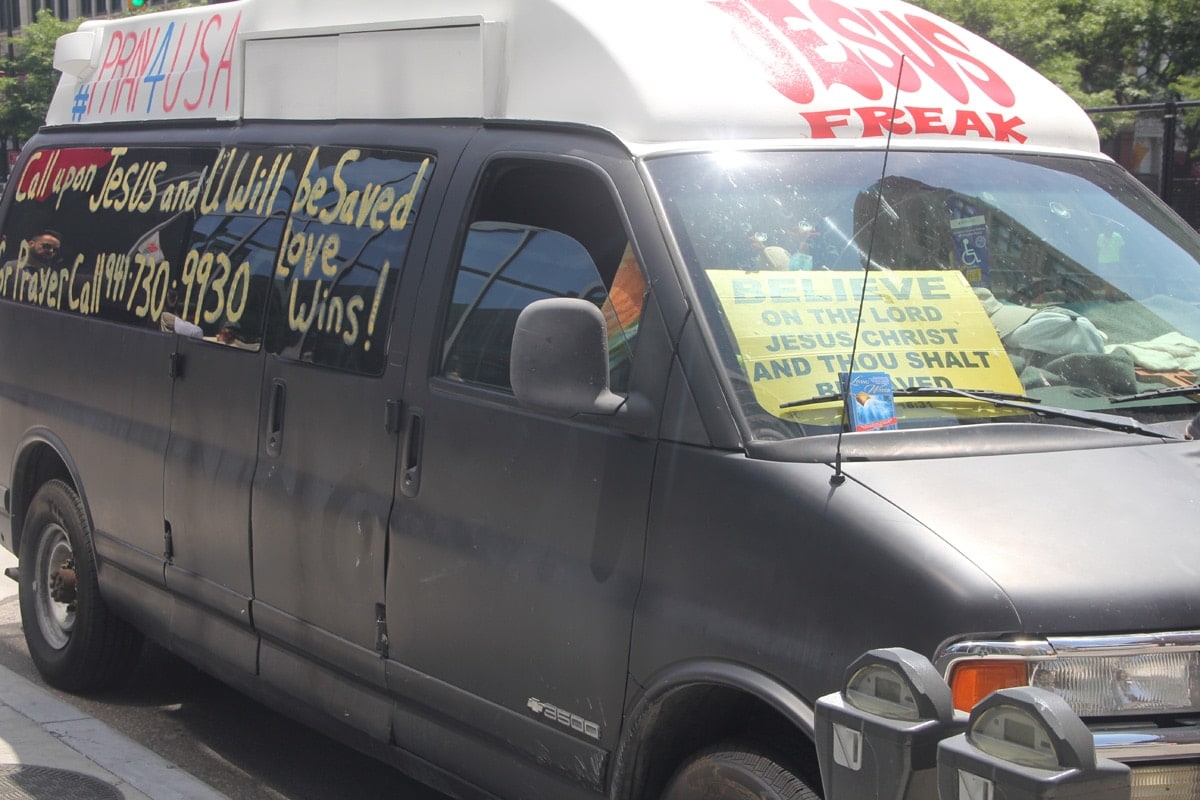 No matter how friendly they look or their ideas are, never accept an invitation inside a van. 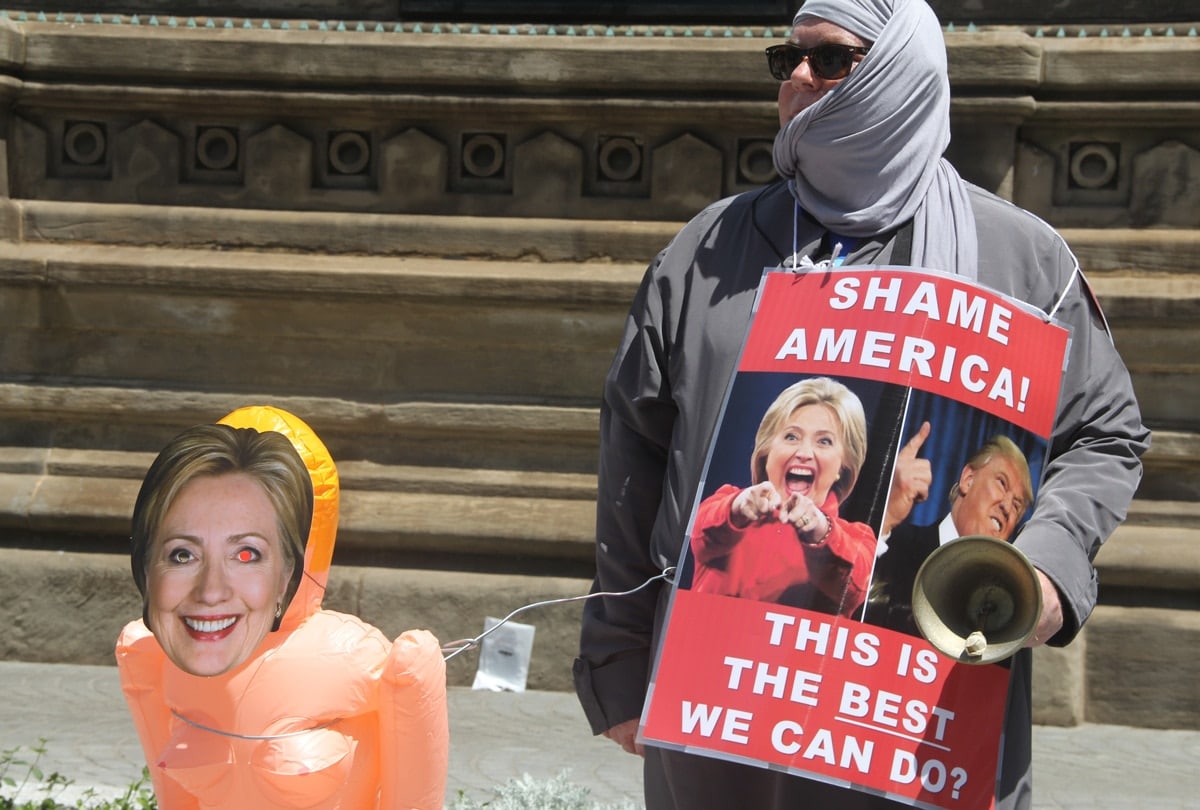 A woman protesting both parties’ candidates. A cutout of Hillary Clinton’s face was placed over a sex doll. 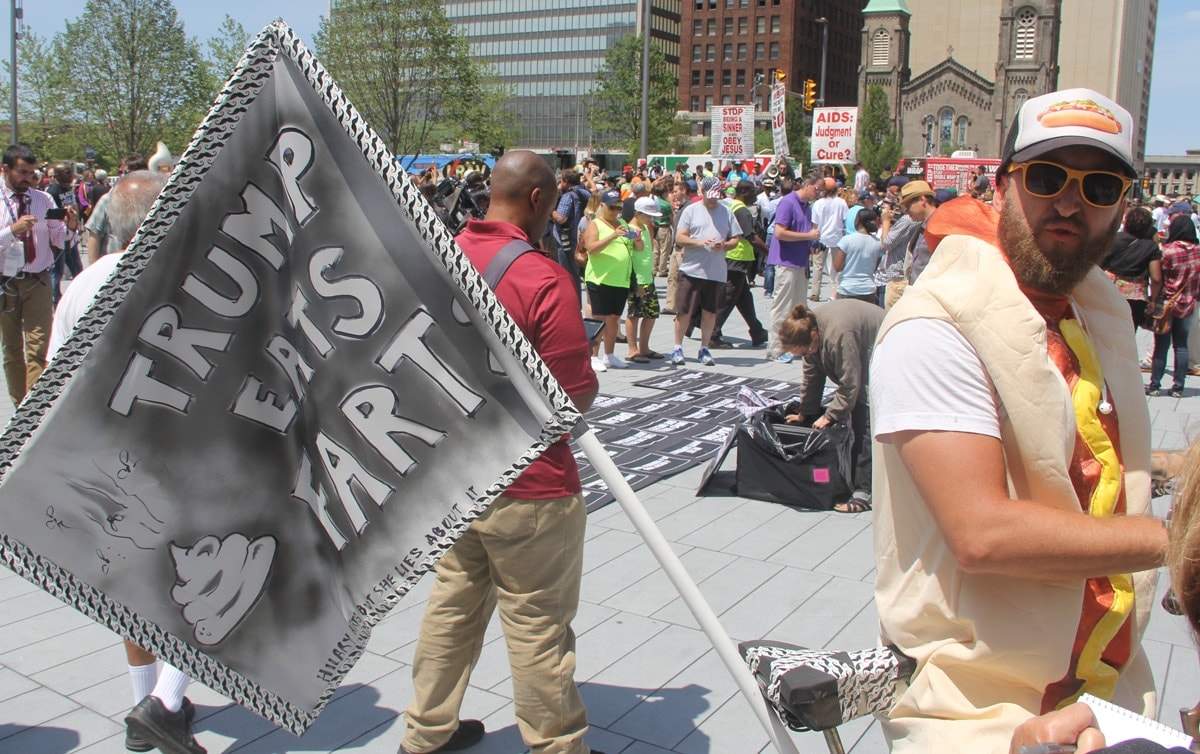 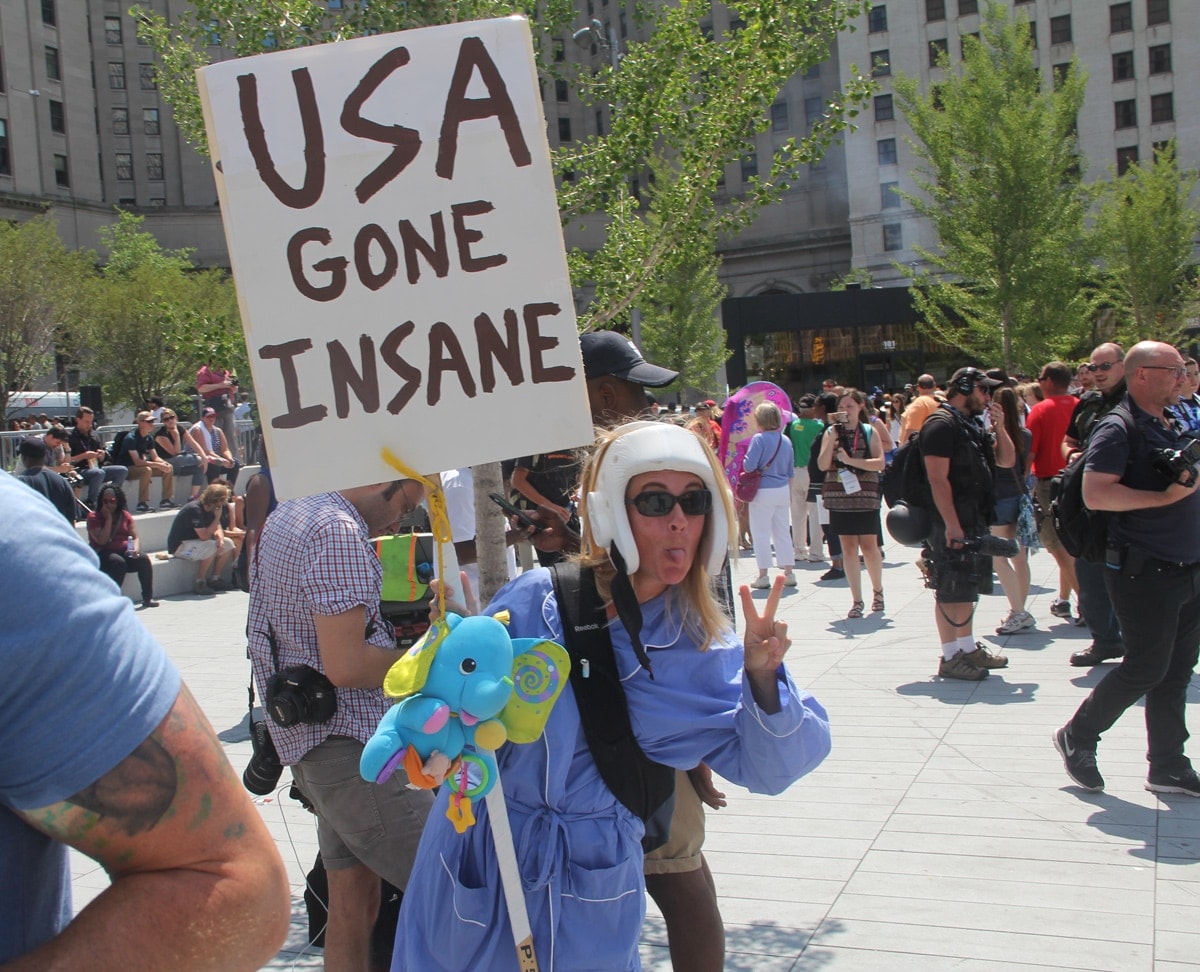 Has it? Maybe it’s always been insane. This woman holding her sign stood in front of a block consisting of dozens of other signs. 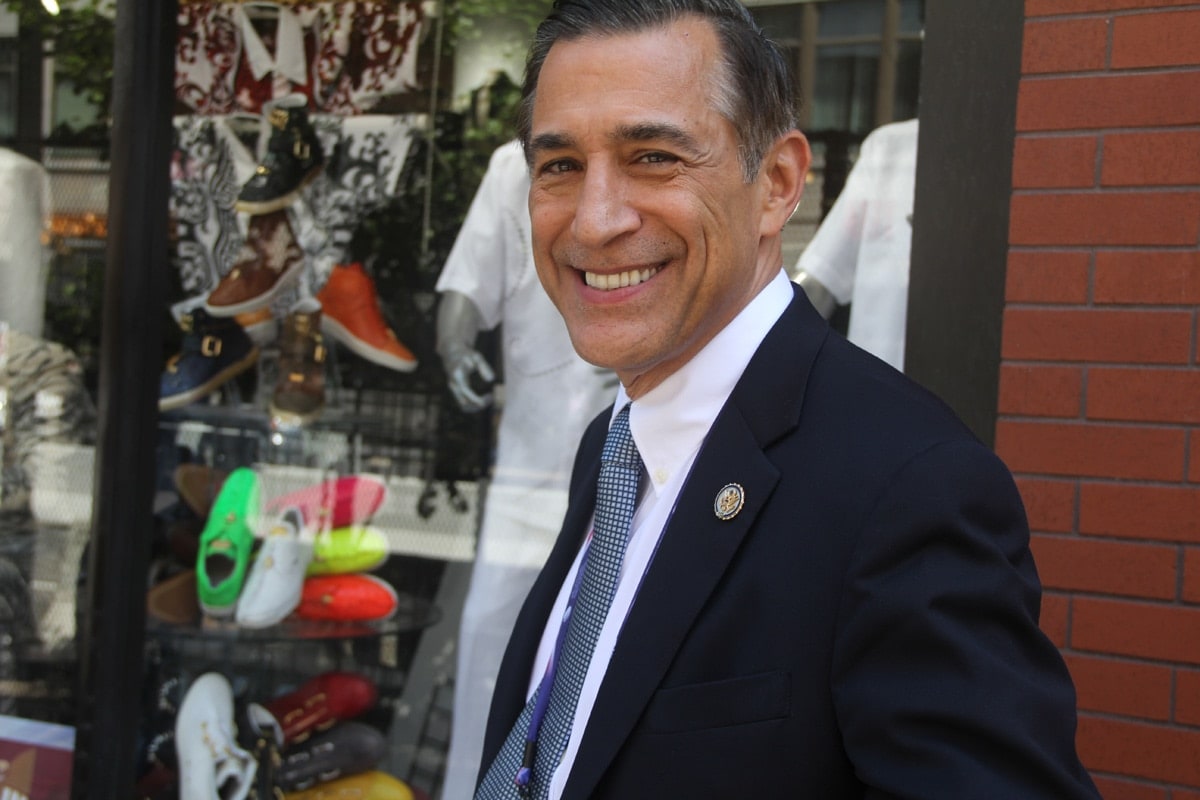 Congressman Darrell Issa, a Republican from California, was wondering around outside the convention. He chaired the House Oversight Committee on the Fast and Furious scandal. Right after this photograph, someone almost walked into him. 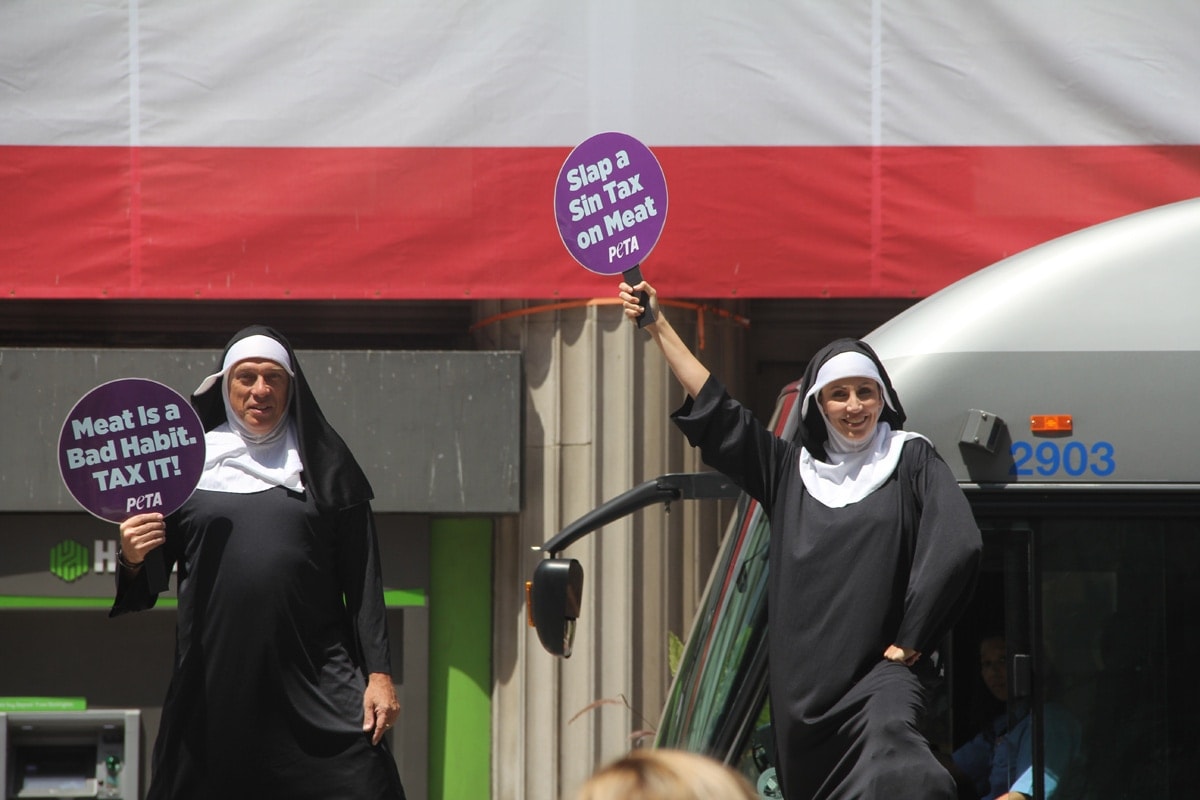 Meat is murder. I know because these giant nuns told me so. 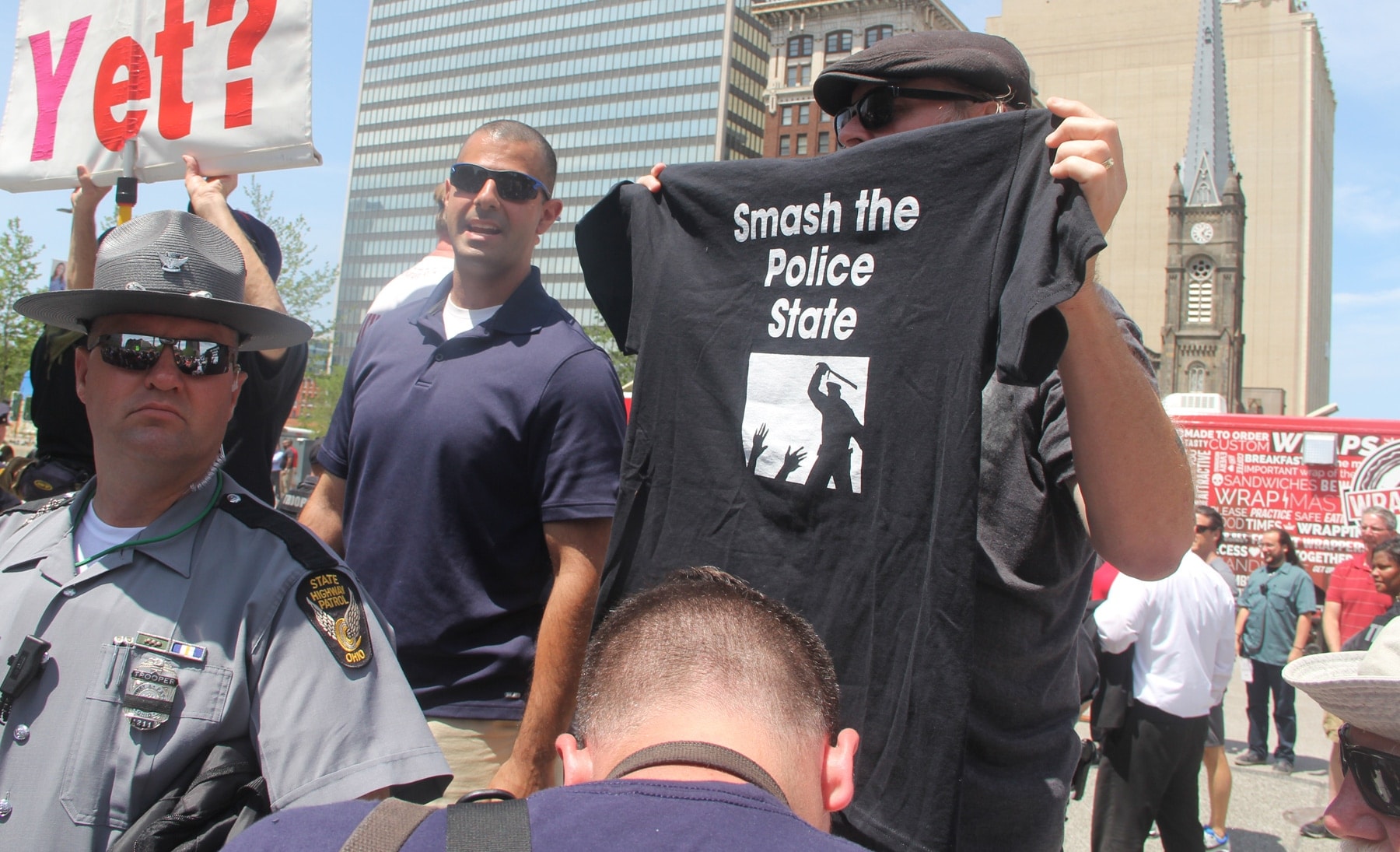 Neat T-shirt, but not sure what police state he was in. 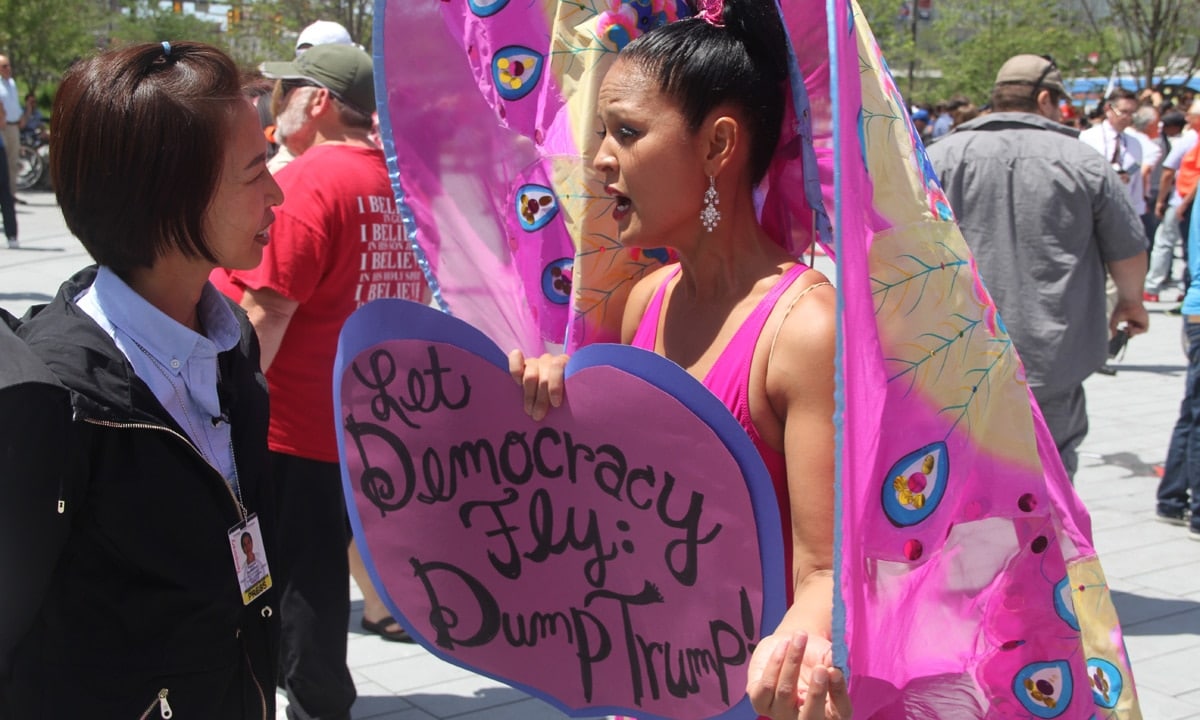 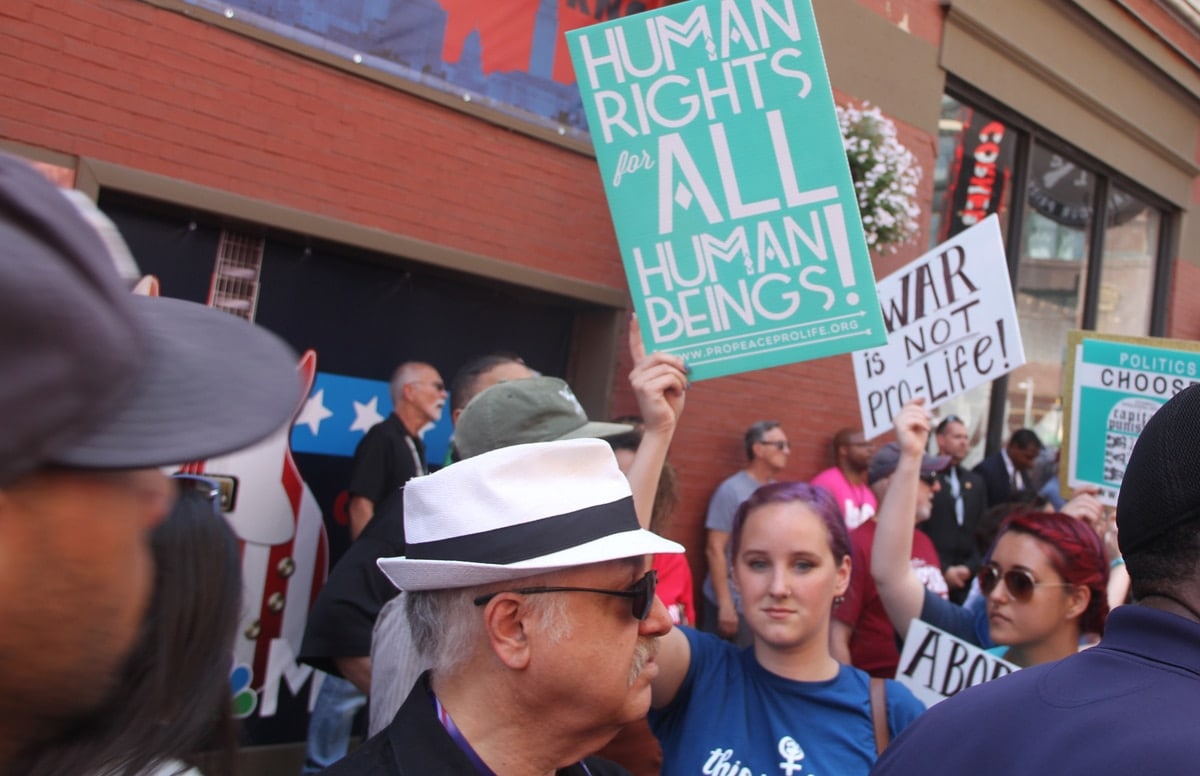 “I see you, too,” says the eyes of the girl saying human rights belong to all human beings. 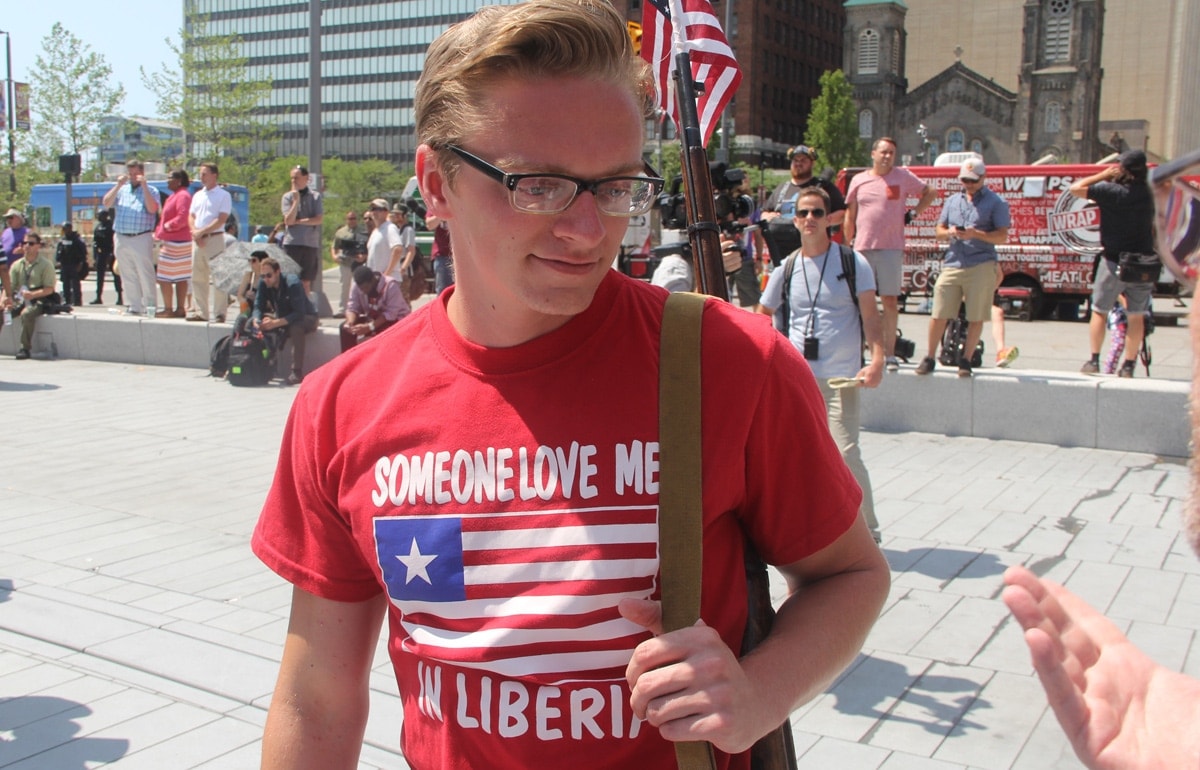 The one open carry demonstrator I saw. However, there were reports about two or three other individuals carrying out in public. This young man had some sort of surplus bolt action rifle with a flag in the barrel. He also wore sweatpants. 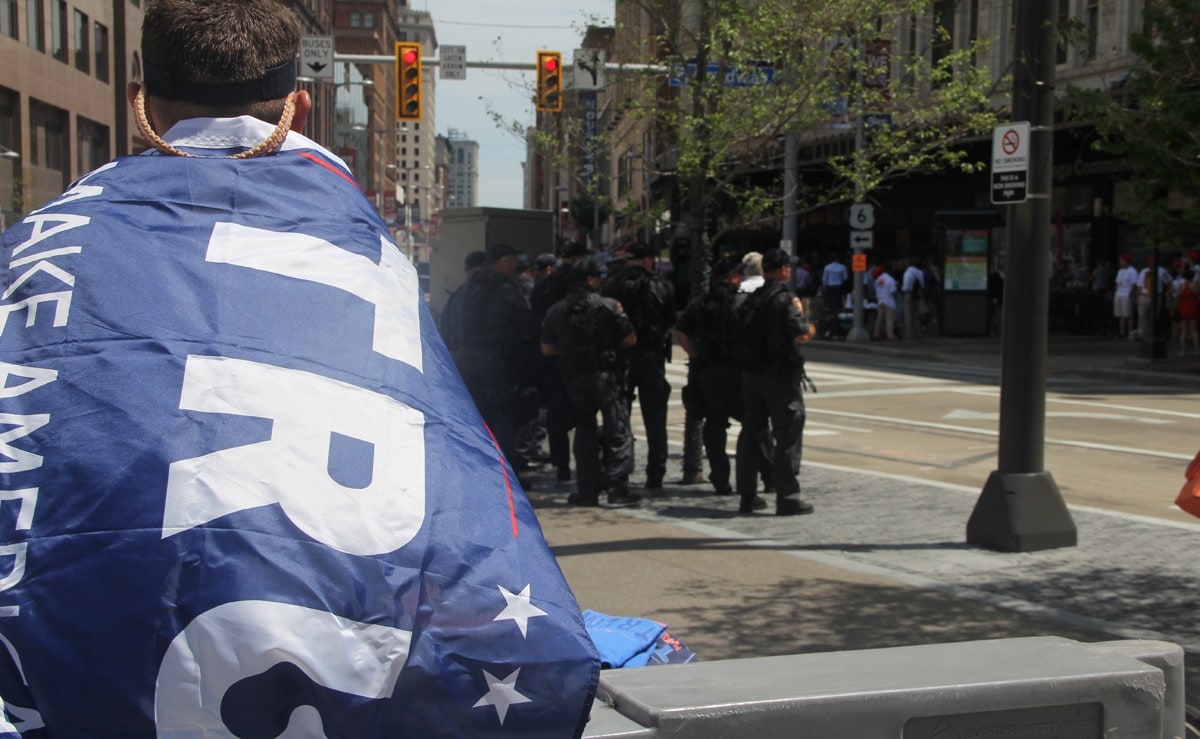 A vendor wrapped himself in a Trump flag in 80-degree heat. 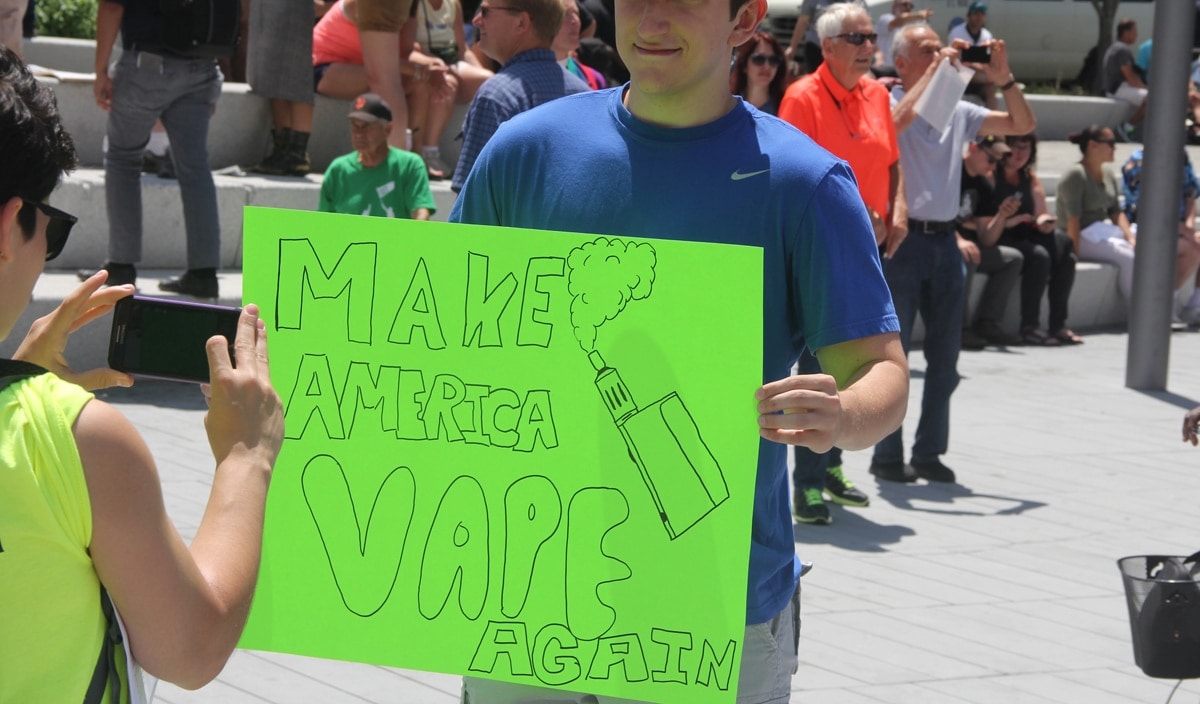 Vaping is unhealthy, too. Don’t do it. 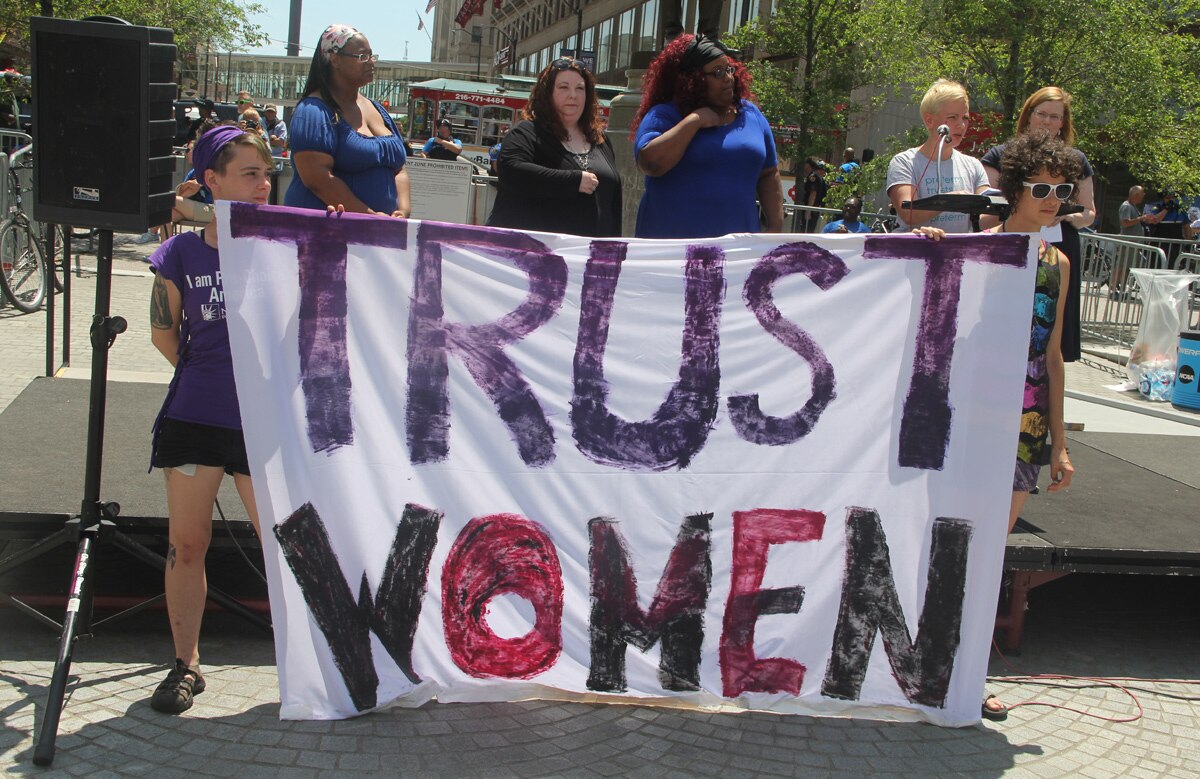 I do. Believe me, I do. And that’s my downfall. 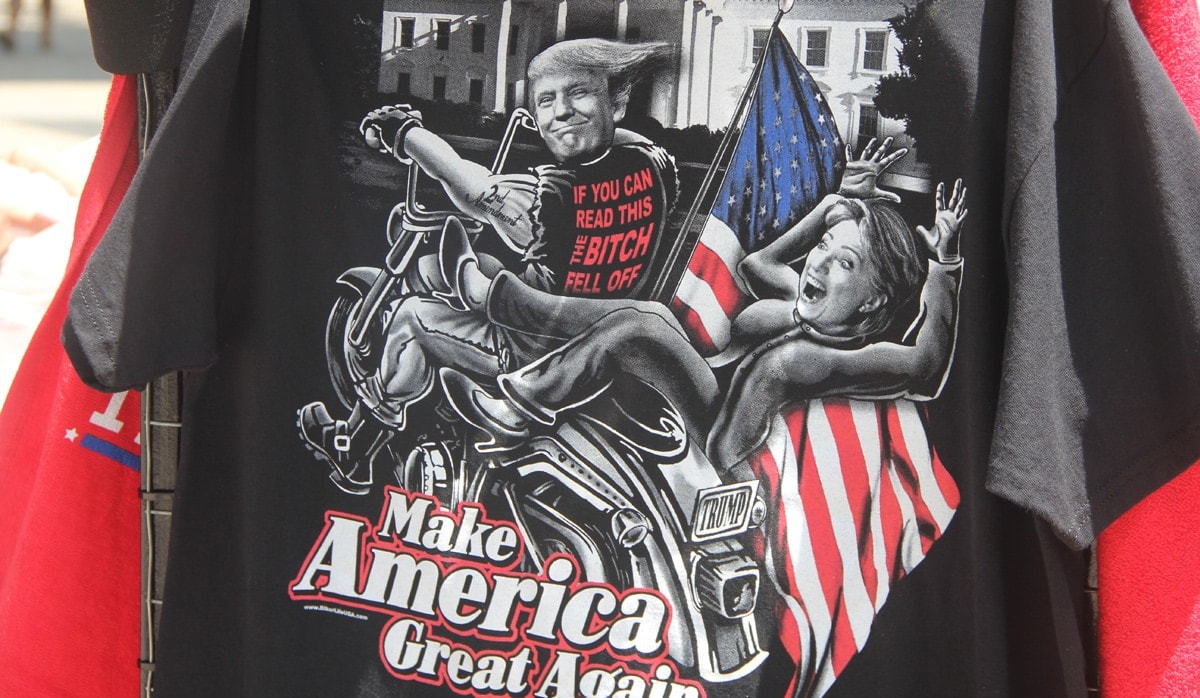 I feel they got his hair wrong.