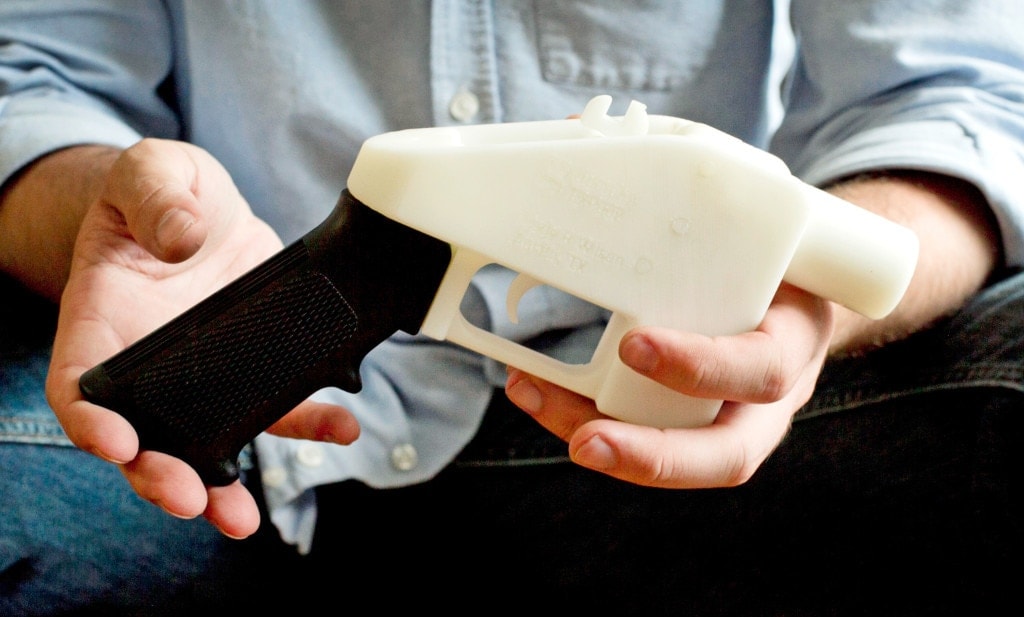 As more politicians move to enact stricter gun control legislation after a string of high-profile shootings, some Second Amendment supporters are backing away from traditional firearm purchases. Instead, these shooters are moving toward a new wave of firearms — 3D-printed ones.

The manufacturing technique, also known as additive manufacturing, uses designs created on a computer to synthesize a three-dimensional object. The technology has been around since the 1980s, but the availability of personal computers and the decreasing cost of printers have made 3D printing more appealing to gun advocates wishing to fly under the government’s restrictive radar.

“This (3D printing) is the future,” the AR15.com forum user known as Rogue-Sasquatch posted online. “If we can spread this core technology to every kitchen tabletop, there will no longer be a meaningful way to restrict and infringe on the private civilian ownership of modern firearms.”

It’s this kind of attitude that sparked the very first 3D-printed firearm. The Liberator, brainchild of Defense Distributed’s Cody Wilson, was the first 3D-printed handgun to hit the firearms market. Plans for the single shot, .380 ACP pistol were widely distributed across the internet after Wilson unleashed onto consumers in May 2013. Though the U.S. State Department demanded Defense Distributed remove the files from its site, the damage had been done. The Liberator had been downloaded more than 100,000 times. To this day, designs for that pistol remain on torrent sites.

“I represent the destruction of common sense gun control,” Wilson told The Guardian in June.“I’m not making guns for you,” he added, “I’m shipping the possibility to make it for yourself.”

Though the Liberator proved to be a major step in the world of 3D firearms printing, it was still just a single shot pistol. Firearms enthusiasts needed more. 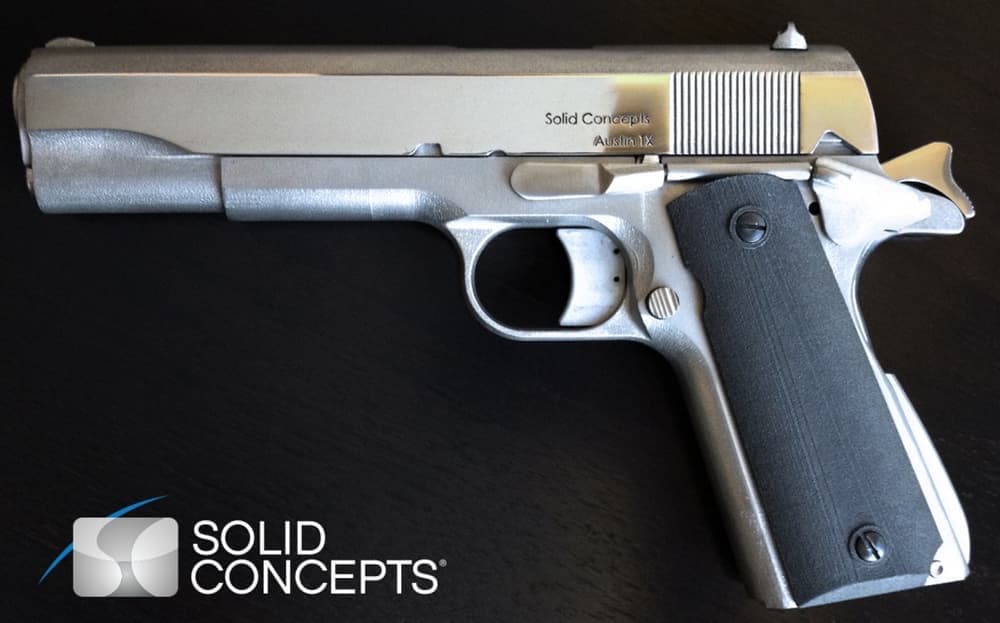 “The whole concept of using a laser sintering process to 3D print a metal gun revolves around proving the reliability, accuracy and usability of metal 3D printing as functional prototypes and end use products,” Kent Firestone, Vice President of Additive Manufacturing at Solid Concepts told Gizmag in 2013. “It’s a common misconception that 3D Printing isn’t accurate or strong enough, and we’re working to change people’s perspective.”

The Solid Concepts’ design not only looked the part, it handled 500 rounds of fire and even made some hits on a target at 30 yards.

“We’re proving this is possible, the technology is at a place now where we can manufacture a gun with 3D metal printing,” said Firestone.

As gun control advocates quake at the thought of nefarious gun owners churning out fully functional firearms, legislators of notoriously anti-2A states have attempted to regulate the manufacturing of homemade guns.

In 2014, the famous “Ghost Gun Bill” was brought to California’s Senate floor by Sen. Kevin de Leon, D-Los Angeles. Aimed squarely at the 3D printing industry, the bill required a state Department of Justice Bureau of Firearms background check and authorization before home firearm assembly. Additionally, the gun could not violate local city or country codes and had to be serialized with a DOJ-issued serial number. Noncompliance would result in one year of prison and/or a $1,000 fine.

“Technological advancements require that we update our laws to meet new and growing public safety concerns to make sure dangerous individuals cannot manipulate technologies at the expense of public safety,” said de Leon in a release.

The 2014 bill was vetoed by California Governor Jerry Brown; but in a striking turn of events, Brown signed a nearly identical measure this past week.

Defense Distributed’s Wilson said it’s the fear and anger that drives legislation like the one in California.

“The biggest problem the anti-gun people have is a legal one, not a technical one. They’re mad that people can make their own guns,” Wilson told Guns.com in a phone interview last month.

The Bureau of Alcohol, Tobacco, Firearms and Explosives, the federal agency that oversees firearms and firearms manufacturing in the U.S., has largely stayed outside the parameters of the 3D printing debate.

When asked for its thoughts on this developing technology, the agency told Guns.com it keeps a close eye on any trends it sees as potentially hazardous.

“In terms of 3D printing technology of firearms, ATF routinely collaborates with the firearms industry and law enforcement to monitor new technologies and current manufacturing trends that could potentially impact the safety of the public,” ATF spokeswoman, Danette Seward, told Guns.com in an email. “ATF enforces federal firearms laws and, currently, these laws do not limit the technology or processes that may be used to produce firearms. However, ATF enforces existing statutes and investigates any cases in which technological advances allow individuals to avoid complying with these laws.”

The question of where this tech will go both physically and legally is open-ended.

Much like mp3s replaced CDs and online streaming services like Netflix forced video rental stores like Blockbuster under, 3D printing is poised to push legal boundaries and redefine the gun industry’s definition of manufacturing.