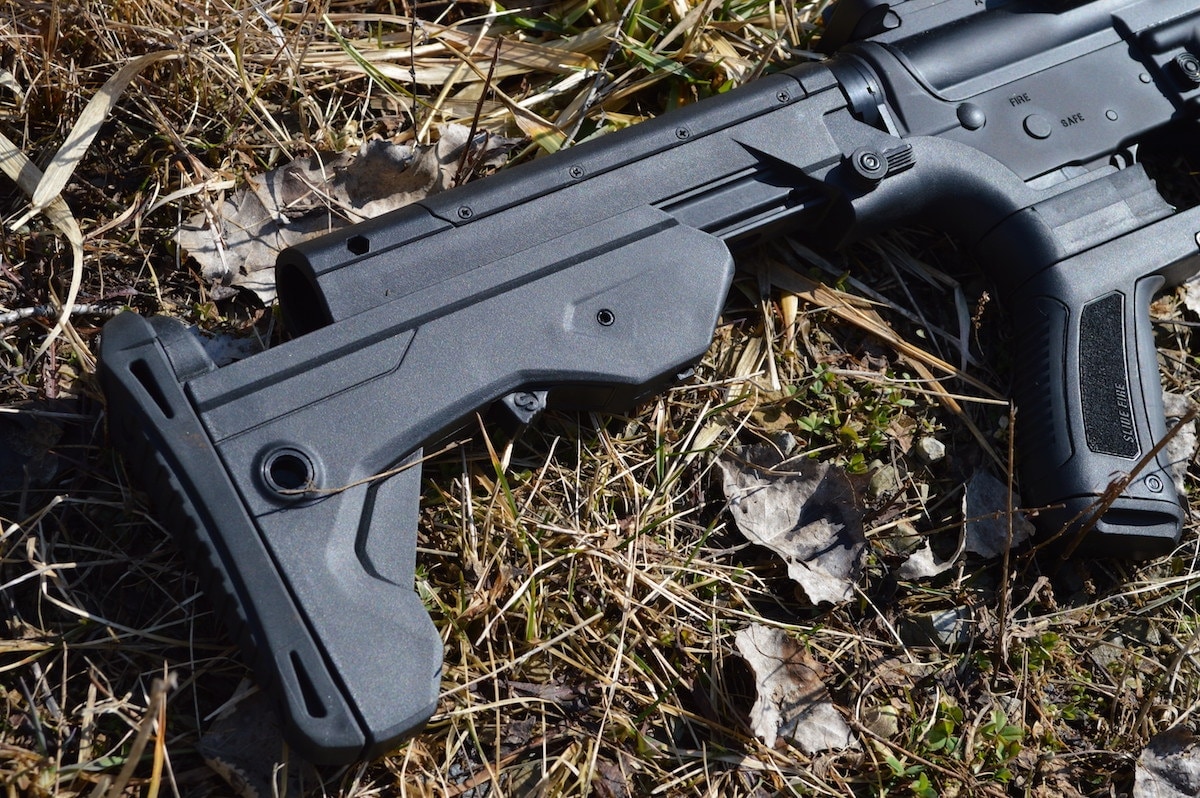 Bump Fire Systems, as part of the deal, agreed to pay a “confidential sum of money” to Slide Fire Solutions. The company also stopped production and sale of their bump fire stocks per the agreement.

The argument over the rights to manufacture bump fire stocks began roughly two years ago. At that time, Slide Fire Solutions was one of only two manufacturers of bump fire stocks – free floating stocks that simulate full auto by using the recoil of semi-automatic fire to send out rapid succession shots. Slide Fire’s stocks, patented in 2000, retail on the high end of the spectrum, hovering between $175 and $399.

Bump Fire Systems entered the market in 2014 with the same idea but at a much lower price point. Retailing for $99, the company marketed itself as a better alternative to Slide Fire’s pricey stocks.

The Bump Fire design, pictured on the right, was remarkably similar to the Slide Fire, on the left. (Photos: Slide Fire and Bump Fire)

Once word of the next kid on the block made its way to Slide Fire execs, it was game on. The company immediately issued a notice of patent in early summer of 2014. That notice was quickly followed by a cease and desist order. Finally, an official lawsuit against the Texas-based Bump Fire was filed in fall of that same year.

After a couple years of back and forth, Bump Fire Systems admitted defeat and closed up shop. Its website was noticeably bare this week with only a canned statement where a variety of stocks use to be. The company’s Twitter and Instagram are still active, though no new posts have been added since earlier this year.

Slide Fire issued a statement to The Firearm Blog saying the company was very pleased with the agreement.

“It is great to have another instance of verification as the sole patent holder of bump-fire technology,” Slide Fire told TFB. “We are eager to put this situation behind us, and look forward to continuing to expand our product line in the future.”

The company currently offers stocks for the AR-15, AK-47 and Saiga.

Guns.com reached out to both Bump Fire and Slide Fire for comments on the settlement, but neither responded by the time of publication.