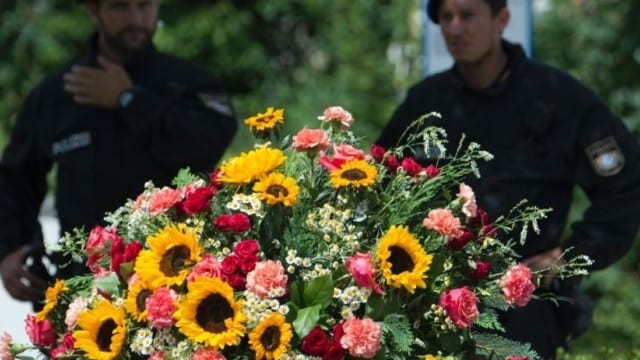 An attack that left 10 dead, including the 18-year-old Munich-born Iranian-German dual national perpetrator, has resulted in calls for more firearm restrictions.

Last Friday, the murderer opened fire  at a McDonald’s restaurant near the Olympia Einkaufszentrum mall. Federal and local police quickly responded, forcing the individual to self-terminate. In the end, nine civilians were killed and another four were injured by gunfire. German media reported as many as 30 additional civilians were slightly injured in the pandemonium of the event.

According to German language Der Spiegel the shooter obtained his gun, a Glock 17, illegally through the Dark Web. The gun was sold as a deactivated theatrical prop which the suspect was able to reactivate. It was last registered in Slovakia in 2014.

Firearms in Germany are very tightly regulated, requiring licensing and registration, strict background checks and limits on where and when gun owners can shoot. This came about following a trio of school shootings between 2002-2009, which made it especially hard for those under 25 to purchase handguns:

In all three instances, as with the Munich attack last week, the teen shooter took their own life and the incidents were preceded by instances in which the perpetrator was bullied, suffered personal stress or depression. Likewise, numerous local gun laws were violated to obtain their weapons.

In the case of the Munich attack, reports have surfaced that pointed to the fact that the gunman identified not with Islamic terror groups but with right-wing anti-Moslem organizations and past racially-motivated mass murderers, subsequently targeting those of Turkish and Kosovan decent on the anniversary of the Norwegian mass shooting that left 77 dead in 2011.

Nonetheless, German politicians are reacting this week to the shooting in Munich by calling for more gun control.

As reported by the Daily Express, Vice Chancellor Sigmar Gabriel said, “We must continue to do all we can to limit and strictly control access to deadly weapons,” while German Interior Minister Thomas de Maiziere has vowed to take a look at current gun laws inside the largest EU nation and see where they could be improved.

The EU has recently made efforts to further tighten arms regulations across the federation’s porous borders. Among these has been special attention paid to theatrical weapons, which remained after a July 13 proposed update to the EU’s firearm directives.

“The Paris and Charlie Hebdo attacks highlighted the potential dangers of blank firing or ‘acoustic’ weapons being reactivated,” said Vicky Ford MEP, the European Conservatives and Reformists’ chair of the parliament’s internal market committee. “We have taken action to close that loophole and make it more difficult for these firearms to fall into the hands of terrorists who use them for such bloody carnage.”