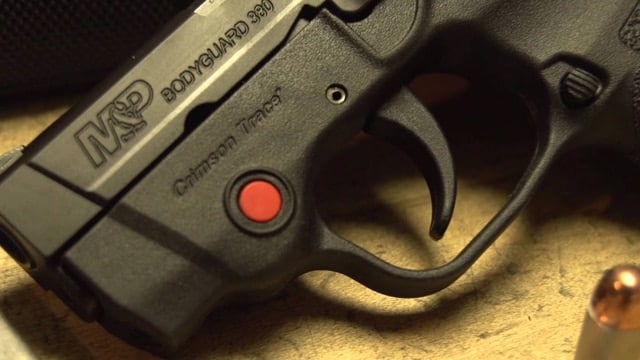 The gun maker signed a definitive agreement to acquire the 22-year-old company with cash on hand. Smith & Wesson’s president and chief executive officer, James Debney, said Crimson Trace will serve as the gun maker’s new electro-optics division and continue to operate out of a 50,000 square foot facility in Wilsonville, Oregon.

According to the announcement, Crimson Trace has generated a 10-year compound annual revenue growth rate in excess of 10 percent and for the past 12 months raked in $44 million in revenue. Jeffrey Buchanan, Smith & Wesson’s chief financial officer, said the purchase will close in three to six weeks.

For more than two decades, Crimson Trace has supplied laser sights for civilian, military and law enforcement around the world and has teamed with numerous firearm manufacturers, including Smith & Wesson. It currently offers more than 225 products.

Crimson Trace’s Lane Tobiassen, who joined the company in 2005, will serve as president of the new Smith & Wesson division and will report directly to Debney. “We believe that our capabilities, combined with inorganic opportunities to acquire related technologies, will expand the reach of our existing market footprint,” he said.

The Massachusetts’s gun maker announced the purchase shortly before markets closed Monday and ended the day with shares soaring to highest on company record at $29.37.

The accessories division, formally established in April but in the works after acquiring Battenfeld Technologies in December 2014, brought in an extra $65.3 million in revenue. Partly thanks to the accessory wing, Smith & Wesson increased annual revenue by 31 percent, bringing the total to $722.9 million by the end of FY2016.