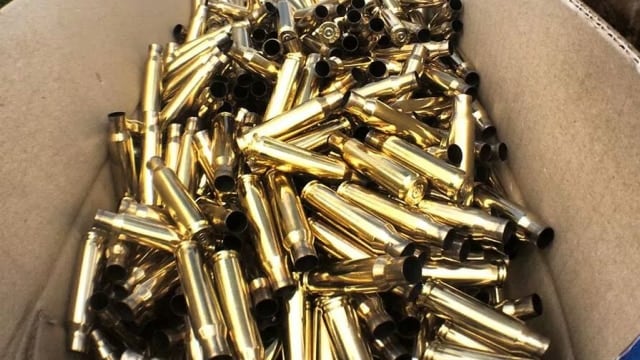 In Afghanistan, a pound of spent brass is worth about 80 Afghani, or about $1.16– which is a good bit of script for an ANA soldier.

According to reports, soldiers and police in the Afghan army waste tons of often U.S.-supplied ammo per year so they can rake in its value as scrap metal.

“This is a good business now and there are buyers waiting in different areas,” Zahir Jan, a scrap metal dealer in Afghanistan’s notorious Helmand province told Thompson-Reuters.

Paying about $2.55 per kilo (2.2 pounds) of spent brass and copper, Jan says the cash-strapped Afghani police and soldiers he visits will happily burn through some mags and belts of ammo to provide him all he needs.

In some instances, units will fire as much as 20,000 rounds at a time and report zero casualties inflicted on Taliban forces.

According to the Institute for the Study of War, first year privates in the Afghan Army make the equivalent of about $170 a month, when you include all possible bonuses and allowances, so selling a few pounds of scrap metal can go a long way toward making the common ANA soldier’s life easier.

Worse, it’s not just small arms, but mortar and artillery shells that get fired, often for the sole purpose of selling the cases for scrap. In Kunduz province, Afghan field artillery units fired 7,000 shells alone in one month– and not on fire missions.

“We asked army commanders about it and said if each shell killed only one person, we should have 3,500 Taliban dead in each province,” said one Afghan military official. “It’s very clear they fire aimlessly and collect the shell casings for copper and sell them.”

NATO officials are working on reigning in such actions and pushing for greater accountability from Afghan units they are helping to train.

The Afghanistan Security Forces Fund, the Pentagon outlet that funds the 352,000 member Afghan National Army, Police and security apparatus, spent $210 million on ammunition of all kinds in 2015. Thus far in 2016 they have appropriated $105 million in additional earmarks for ammo and have another $105 million earmarked for 2017.