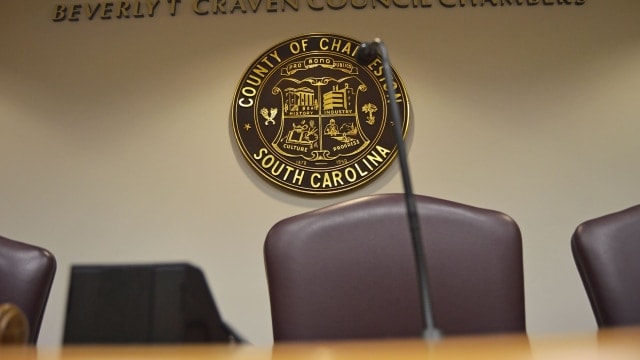 The Charleston County Government passed a resolution earlier this month calling for a ban on some semi-automatic firearms and their magazines.

Pushed by Councilman Henry Darby at the July 14 meeting of the government of South Carolina’s third most populated county, the board voted 7-0 with two abstentions to the resolution to ban all “assault-style weapons” in the state.

“I cringe why we as a country, nation, state, county, or city won’t do something about gun reform,” said Darby as he displayed graphic images of shooting victims interspersed with YouTube videos of post-sample fully automatic weapons in action. “Imagine, God help us, if these were children in a school. Would a 6-year-old child have a chance? Would an elderly woman have a chance?”

Discussion moved to amend the proposed resolution to make it clearer that it addressed “semi-automatic high-capacity magazine weapons” such as AR-15s after it was pointed out that much of Darby’s presentation centered on machine guns and select-fire rifles that fall under National Firearm Act regulations already.

As South Carolina firearms law largely prohibits local regulation of guns and ammunition, the county government lacks the legal standing to enact their own ban, and the resolution seeks to call on state and federal governments to move forward on such a measure.

Darby, known locally for his campaign to remove the Confederate flag from the Military College of South Carolina – the Citadel – under threats of funding cuts, brought a similar call to ban some firearms to the council in 2013.

That year, Council chair and longtime NRA member Elliott Summey opposed the resolution but backed it the next time around.

In a later statement, Summey, a Republican, stepped away from his official support and expounded on his Second Amendment beliefs, arguing he was an avid hunter and concealed carry permit holder.

“We, as citizens, need to be able to defend ourselves, our families and our property,” he said. “And when called upon, we will defend our country and its beliefs. If the recent attacks on law enforcement officers tells us anything, it is that we, as citizens, need to be ready to stand next to our brave men and women in blue to defend our freedom against those who which to see us destroyed.”

Summey explained to the Post and Courier that he made a mistake when he voted for the resolution, believing the measure addressed fully-automatic firearms such as shown in Darby’s videos. He made clear that he owned several semi-autos that could be affected by a renewed or expanded ban.

“I’m not voting to take away guns that I already own,” Summey said. “That’s insane.”