Michael Jordan chips in $1 million each to police, NAACP to help build bridges 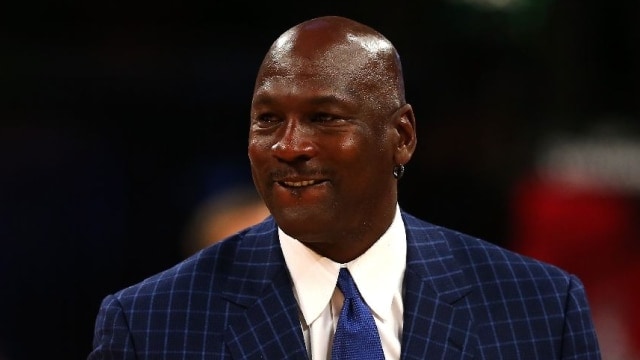 Sports legend Michael Jordan dropped $2 million of his own money to a pair of very different organizations to help “make a positive difference.” (Photo: AFP/Elsa)

Saying he could “no longer stay silent” the billionaire retired professional basketball player and principal owner and chairman of the Charlotte Hornets put his money where his mouth is.

Speaking for the lives of both police officers and blacks, Jordan, 53, donated $2 million split evenly between the Institute for Community-Police Relations which was founded by the International Association of Chiefs of Police, and the NAACP Legal Defense Fund, a separate entity from the NAACP proper. The intent of the donation was to aide both sides of the debate between police and the black community to help work towards a joint solution to violence against both groups.

“As a proud American, a father who lost his own dad in a senseless act of violence, and a black man, I have been deeply troubled by the deaths of African-Americans at the hands of law enforcement and angered by the cowardly and hateful targeting and killing of police officers,” Jordan told the Undefeated in a one-page statement. “Although I know these contributions alone are not enough to solve the problem, I hope the resources will help both organizations make a positive difference.”

The LDF welcomed the donation.

“I am so pleased and honored that Michael Jordan will be making this donation to LDF in support of our policing reform efforts,” said Sherrilyn Ifill, president and director-counsel of LDF in a statement. “It is an act of true leadership that Mr. Jordan has chosen to use his stature to highlight the importance of this issue to all Americans and by taking a personal stance in support of organizations directly engaged in addressing this crisis in our nation.

The IACP publicly thanked Jordan, though some members felt the donation should have been declined.

“Given his statement, the donation should have been rejected,” noted one on social media. “Comparing the recent high profile officer involved shootings/use of force to the assassination of police officers are not even comparable. His statement while possibly well intended, equates OIS’s/Use of Force deaths with cop killers while none of the recent OIS’s or use of force incidents have been found guilty of a crime. The IACP willingly accepting a donation attached to such a statement gives the words credibility.”