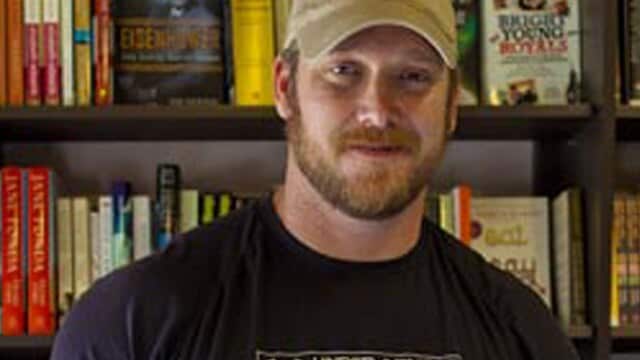 A tribute to the late Navy SEAL and author of the bestselling book American Sniper will be unveiled this week in Odessa, Texas.

The Chris Kyle Memorial Plaza will open on Thursday at 11 a.m. at 8050 E. Highway 191 near the Veterans Affairs clinic.

The unveiling ends a more than a year-long effort to develop a tribute to the slain Navy SEAL.

The 15-foot statue sits on top of a 48,000 pound limestone base and surrounded by a 2,800-square foot plaza. Organizers say the memorial plaza cost about $1 million.

Apart from the Kyle statue, organizers say the memorial is laced with symbolism. The plaza is surrounded by four trees from the Crawford ranch of former President George W. Bush.

Also, the plaza’s limestone is engraved with names of the 50 states and woven into a Navy Seal trident, for example.

Kyle was killed alongside his friend, Chad Littlefield, in February 2013 by a troubled veteran they were trying to help.