Cops ask for support as police deaths spike in 2016 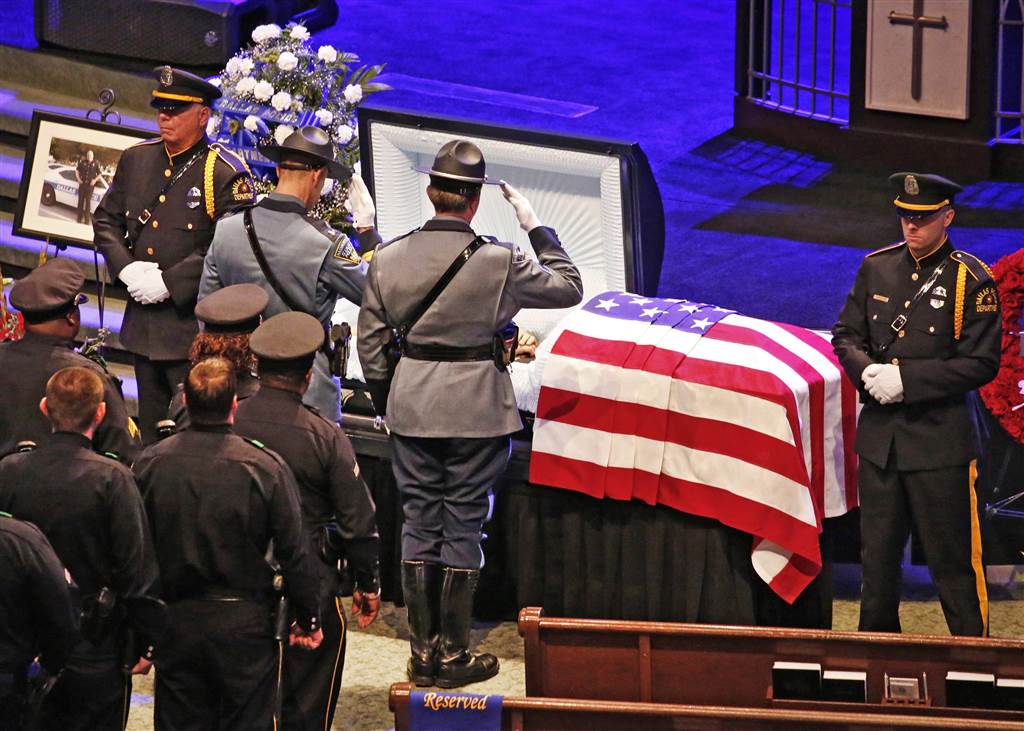 Thirty-two officers have died as a result of guns so far this year. In contrast, just 18 firearms deaths occurred during the same period in 2015. Ambush killings were the leading cause of gun deaths with a total of 14 officers murdered since January.

Police have been the subject of two targeted attacks in the past month. One in Dallas took the lives of five officers and injured 11 others while a shooting in Baton Rouge left three officers dead and three more wounded.

Emotions are running high in the LE community as officers struggle to police amidst growing public scrutiny.

“There are tons of mixed feelings,” an administrator for the LEO Only Facebook group told Guns.com. “I am retired after 30 years with the Chicago Police Department as a sergeant and am very distraught watching what these officers are dealing with.”

A California police officer, who requested that Guns.com refer to him using the initial B., has a decade of police service under his belt. The officer was watching the Dallas BLM protest on television when the peaceful gathering descended into violence. B. watched in horror as his fellow brothers and sisters in blue scattered behind cars in the streets for protection as a lone gunman targeted white cops.

“My first reaction was disbelief,” he told Guns.com in an interview. “For a moment I thought I was watching a movie.”

B. said that in the days since Dallas and Baton Rouge he’s watched as fellow officers have kitted-up, adding advanced medical packs, body armor and helmets to their patrol cars. His department has even issued a new policy allowing urban rifle operators to carry long arms while on patrol. The current atmosphere, he said, has made him more than just a bit wary.

A 2015 Gallup poll on Americans’ attitudes towards police revealed 52 percent of those polled expressed a confidence in police. That number represents the lowest satisfaction rating amongst respondents since 1993.

Retired Sgt. Richard Smith, a 26-year veteran of the Baltimore Police Department, told Guns.com in an email that police are definitely feeling hesitation from the public.

“We feel unsupported, targeted and more isolated than any other time I can remember,” Smith said. “We look for support from the executive level of the agency, the government level we serve, and we rarely find it.”

Though President Obama and other political leaders condemned the attacks, those within the LE community say words are just not enough.

“It is past time for our political leaders to step up and support law enforcement with the necessary staffing and equipment to keep our neighborhoods safe,” read a statement from the San Jose Police Officer’s Association post-Baton Rouge. “We don’t need any more statements of condemnation of these heinous acts or pledges of remorse for these latest murders, we need action.”

Beyond legislation, officers stress the importance for Americans to understand that policing exists outside the world of shaky cellphone video and Facebook live streams.

“I think civilians should know that police officers do not wake up one morning and decide over coffee that it’s time to kill someone. It just doesn’t happen that way,” said B. “The time chooses you, you don’t choose the time.”