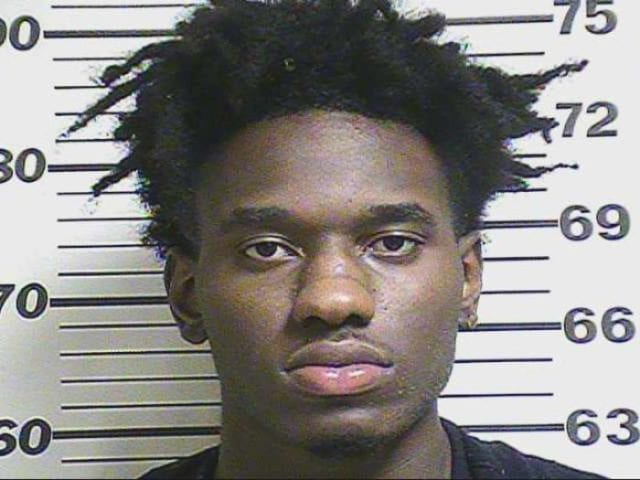 Fairley made an anti-police video on July 16, then found himself arrested for armed robbery on July 27. (Photo: Gulfport Police Department)

Mississippi rapper Lotto Bands, whose real name is Byron Michael Fairley, made a video with a Gulfport police car for a prop this month only to be arrested by the same agency for a bank robbery this week.

Fairley, 23, made his anti-cop video, shown below, in which he raps about being pulled over by the police with radio transmissions about Alton Sterling in the background, in front of an unoccupied police car in an overflow lot near the city courthouse and posted it on social media where it has been shared more than 45,000 times.

Although unsigned, Fairley is associated with Really Rich clothing which he wears in his videos as well as promotes on through social media.

However, the Really Rich deal may not be going really well because he was arrested Wednesday and charged with armed robbery of the Bancorp South location off Highway 49 in Gulfport.

GPD Sgt. Damon McDaniel told WLOX that Fairley allegedly pointed a gun at a teller and demanded money before leaving on foot. A short while later he was apprehended in a wooded area a few blocks away.

As for the video, it came to the agency’s attention a few weeks ago but they took it in stride, noting the speech was protected by the First Amendment.

“People are venting on social media right away, so that all has to be taken into account,” said Deputy Chief Chris Loposser. “But social media, once it hits there, it’s open to the world and it never goes away.”

As noted by Gulf Live.com, Fairley is being held in the Gulfport Municipal Jail under a $200,000 bond.