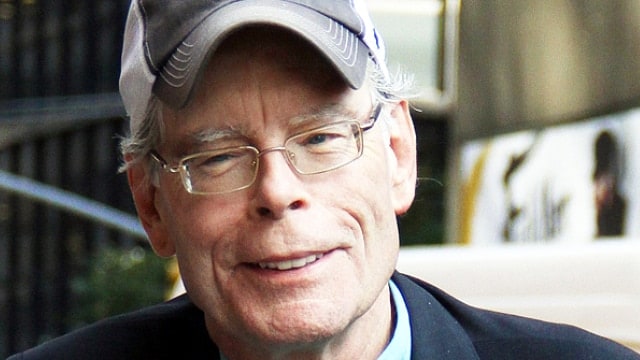 Bangor resident Stephen King, who has written essays on gun control in addition to his more popular horror tales, has dropped $25,000 in the pot for a Maine background check referendum. (Photo: AP)

While representing themselves as a grassroots movement of local residents, the money behind the push for Maine’s Question #3 ballot initiative is anything but according to mandatory financial records filed with the Maine Commission on Governmental Ethics and Election Practices last week.

Disclosures from the Mainers for Responsible Gun Ownership Fund show $2,314,558 collected for the effort so far this year, with most of that from the New York-based Everytown for Gun Safety and Moms Demand Action. New contributions include $125,000 from the Seattle, Washington-based Hanauer and $25,000 from Maine author King.

Both donations continue a pattern of advocacy for increased gun control with the Washington businessman in the past contributing to a background check initiative in his home state to the tune of nearly $2 million while the horror novelist has been repeatedly outspoken in his views on guns.

By comparison, the National Rifle Association’s Institute of Legislative Action, working in Maine while registered at their Virginia headquarters, has raised a miserly $40,193 to oppose the measure.

One big voice in the campaign against expanding background checks is Republican Gov. Paul LePage.

“It’s nothing more than a way to force Mainers to have a directory of gun owners,” LePage told a town hall forum, held in South Paris on Wednesday evening. “It’s unconstitutional, and let me tell you why: The citizens of the state of Maine have the right to own or bear arms, and it shall never be questioned.”

“The facts show that background checks help save lives, and that they are most effective way to keep guns out of the hands of dangerous people,” said Reynolds. “Polling shows that Mainers overwhelmingly support this proposal. The governor has unfortunately taken up the same misinformation strategy the national gun lobby has used over and over to try to stand in the way of common-sense measures to prevent gun violence.”

The effort in Maine will not be the only one concerning gun control facing voters in November. California Lt. Gov. Gavin Newsom’s sweeping Prop. 63 reached the ballot after a multi-million campaign backed by the state Democratic Party, celebrities, and big name donors.

Likewise, Bloomberg has pumped over $3 million into a similar effort in Nevada, to which Hanauer has also provided a $150,000 infusion.