Clinton says she’s not coming for your guns 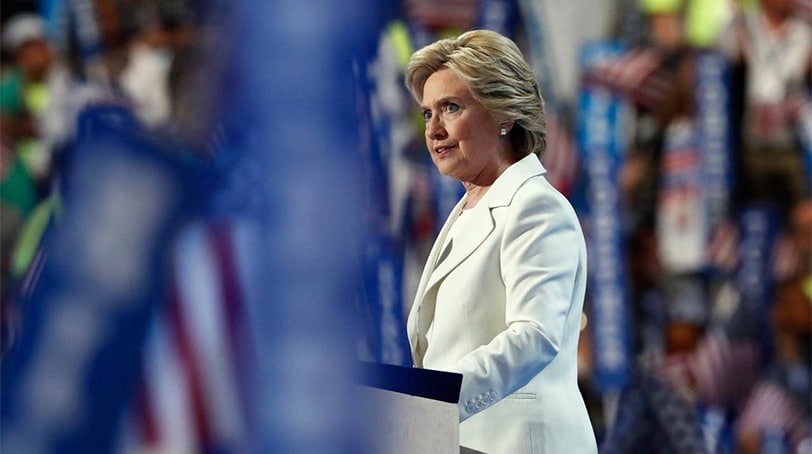 It was toward the end of her speech at the Democratic National Convention in Philadelphia on Thursday that newly-anointed presidential nominee Hillary Clinton questioned the temperament and judgment of GOP contender Donald Trump, calling him out for often losing his “cool” and for his ties to the National Rifle Association.

“And if we’re serious about keeping our country safe, we also can’t afford to have a president who’s in the pocket of the gun lobby,” said Clinton, who is looking to appeal to moderates left of center on the issue of guns. “I’m not here to repeal the Second Amendment. I’m not here to take away your guns. I just don’t want you to be shot by someone who shouldn’t have a gun in the first place.”

Clinton referred Trump’s repeated accusations that she plans on abolishing the Second Amendment, a claim which fact-checkers have disputed and gun rights advocates bolster with her own comments about favoring what they call Australian-style gun confiscation.

Clinton said her administration will work with responsible gun owners to pass reforms that would “keep guns out of the hands of criminals, terrorists and all others who would do us harm.”

Her words echo the sentiment of Everytown for Gun Safety, which has changed its approach to gun control by billing itself a gun safety organization seeking to work with “sensible” gun owners to expand background checks. The group conducts studies that are sometimes questioned by gun rights hardliners, but its goals include keeping guns out of the hands of criminals, domestic abusers and children. The no-compromise gun rights crowd sees Everytown and gun control sympathizers – gun owning or not – as a threat to their right to gun ownership and to self-defense, which the Supreme Court recently codified under the Second Amendment.

Should Clinton be elected, she could fill the recently-vacated seat on the highest bench in the land with a liberal, gun-hating justice – the antithesis of gun rights champion Justice Antonin Scalia, who died of natural causes in February – effectively tipping the scales left on some of the most important issues of our time, including the right to gun ownership in self defense.

At least, that’s the fear among the gun rights community. That same fear was conjured at the beginning of President Obama’s first term and persists through the final months of his second. This, despite evidence that the gun industry has thrived under Obama with historic peaks in revenue, suggesting he’s the best gun salesman of any president before him.

Expanding background checks, gun control advocates argue, would prevent the sale of firearms at gun shows and online in states that don’t require checks on those types of transactions. It’s called the “gun show loophole” and it allows “private sellers” who aren’t federally licensed to sell guns anywhere so long as their state doesn’t prohibit it.

Gun control groups argue these sales allow dangerous, prohibited people to acquire deadly firearms, while gun rights advocates say the number of those firearms sold is too small to have to worry about and any law regulating those personal sales restricts the rights of law-abiding gun owners.

Efforts to pass a federal blanket bill, expanding background checks on the federal level failed. Everytown decided to appeal to the people, taking its act on the road and driving a grassroots effort to push state ballot initiatives in front of voters. It’s latest push was in Maine, where the Everytown and Mainers for Responsible Gun Ownership helped to raise more than $2.3 million to expand checks on most gun transfers.

It’s about keeping the guns out of the hands of criminals, Clinton said.

“You know, for decades people had said this issue was too hard to solve and the politics too hot to touch, but I ask you, how can we just stand by and do nothing?” she said.