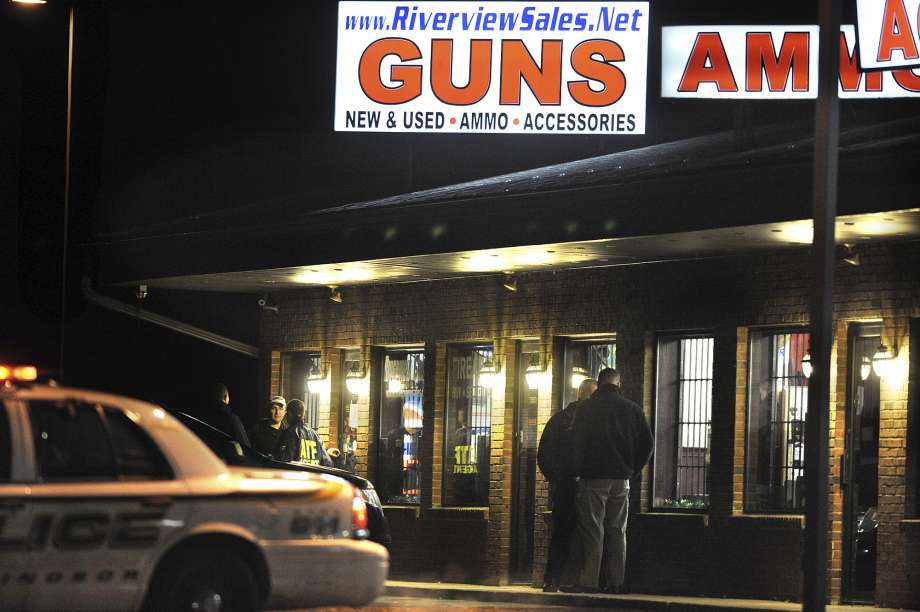 The Connecticut gun shop named in a lawsuit by victims and their families of the Sandy Hook mass shooting was temporarily removed from the case this week because the owner declared bankruptcy.

The judge overseeing the proceedings signed an order to stay for Riverview Sales, but said the case will remain active for defendants. Over the past few months, the judge has avoided delaying the case and pushing the trial date.

David LaGuercia, owner of Riverview, said in court documents that his business owes approximately $140,900 to creditors. LaGuercia listed $825 in inventory assets to include 100 boxes of ammunition, 10 boxes of shotgun shells, ammo presses, .22 caliber scopes, holsters, and paper and exploding targets.

Nancy Lanza, mother of Newtown shooter Adam Lanza, bought a few firearms from the store in the years leading up to the school shooting. Two of her purchases, a Bushmaster AR-15 and Sig Sauer P226, were used in the attack.

A raid of the gun store following Sandy Hook revealed over 300 instances in which the store had violated federal gun laws. LaGuercia pleaded guilty to two misdemeanors — transfer of a firearm before completion of a background check and failure to maintain proper firearms records. As a result, LaGuercia was fined $5,000 and sentenced to five years of probation. Riverview’s Federal Firearms License was also revoked.

Despite the legal troubles, Riverview’s doors remained opened for business. The shop continued to sell accessories and ammo, but the loss of the FFL designation ultimately proved fatal for the store. In 2014, Riverview documented over $310,000 in gross sales and receipts. That number fell to just over $82,000 in 2015.

Superior Court Judge Barbara Bellis ruled that despite Riverview’s bankruptcy, the lawsuit brought against the shop by the victims’ families will continue. However, it will be delayed until the bankruptcy is completed.

In addition to targeting Riverview, nine families have also set their sights on the gun industry by naming gun makers Remington Arms and Bushmaster Firearms, and distributor Camfour, Inc. as the other defendants.

In 2014 they filed a lawsuit against Remington, which owns the Bushmaster brand, the style of AR-15 used in the shooting. The families allege that Remington’s advertisements for the popular rifle motivated Lanza.

Remington fought back against the suit, attempting to move the case to federal court and out of the state of Connecticut. The gun maker lost that battle, with a judge ruling in October 2015 that the case will remain within the state.

Remington has since made a move to shield internal documents and workings of the company from reaching the public. Citing financial harm and competition, the manufacturer filed a motion in early July to suppress proprietary and confidential information.

The plaintiffs in the case immediately fired back with a passionate objection.

“Remington did not become the country’s leading seller of military weaponry to civilians by accident. It ascended to that position through its calculated marketing and pursuit of profit above all else,” plaintiffs said in court documents. “Plaintiffs lost family members, including children, in the service of that bottom line. Now Remington wants them to do more to protect its profitability.”

Lanza shot and killed his mother on the morning of Dec. 14, 2012, before driving to Sandy Hook Elementary School and opening fire on students. Twenty-six people were killed, including 20 first-graders and six educators, before Lanza turned the Sig Sauer pistol on himself.

The original school was closed after the tragedy and eventually demolished. A new school was built in its place and unveiled on Friday to reporters and residents. Though the school will not feature a memorial to the victims of the attack, the city is planning an official memorial elsewhere in Newtown.

Elisabeth Kuroski, a special education aide at Reed Intermediate School, told the The New York Times that the opening was mixed with emotions.

“It’s nice that the elementary school kids will come back home to Newtown,” sad Kuroski. “But it’s also a sad day, because you can’t be here at the opening of the school without thinking of the people we lost.”

Just under 400 students are set return to the new Sandy Hook Elementary School in August.