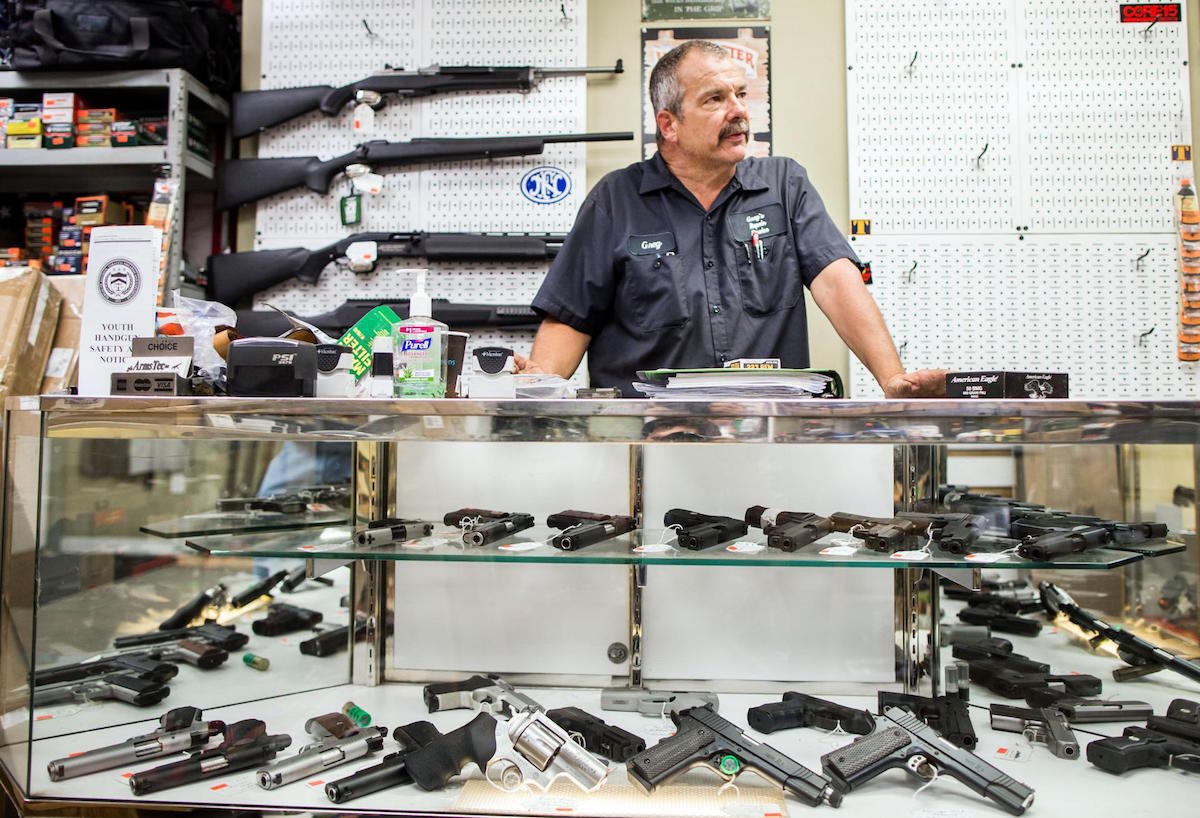 Massachusetts gun stores are attempting to redefine their businesses in the weeks since the state’s attorney general effectively ended the sale of all AR-15s and AK-47s in the state.

Per the measure, any vendors who continued selling the so-called “copycat” firearms violated the ban and could face fines, prison time and/or lose their Federal Firearms License.

Greg Malany, owner of GFA ArmsTec, said the outright ban sent his shop into utter chaos as he had only a few hours to move his remaining inventory.

“There was no warning,” Malany told The Milford Daily News. “It came completely out of left field.”

While Tombstone Trading Company moved residual inventory into online sales to out of state residents, Guns-Inc told Guns.com they are concentrating on other firearms moving forward.

“We will concentrate on handgun sales more instead of the combined semi-auto rifle and handgun sales,” Kensall Knapik, owner of Guns-Inc said in an email.

Nick’s Sport Shop owner Mario Torchia said the now restricted firearms encompassed about 10- to 15-percent of his stock. He told local reporters that the measure’s murky language and unclear definitions has his team struggling to define what they can stock.

“We’re still trying to figure out is this gun legal, is that gun legal?” Torchia told MassLive. “It’s still not that clear. There’s still a lot of questions on the mechanism of the guns, what falls into that class.”

“Gun manufacturers have manufactured these weapons as legal versions of prohibited guns,” Healey told reporters. “These weapons are illegal. They are copies or duplicates of banned weapons, and they cannot be bought or sold in Massachusetts.”

“The gun industry doesn’t get to decide what’s compliant (with state law),” Healey added. “We do.”

A wave of panicked customers flocked to local gun shops after the announcement in an attempt to get their hands on the soon to be outlawed weapons.

The line to get into Four Seasons gun shop in Woburn extended into the parking lot. Mass Firearms School in Holliston extended its hours to 11:59 p.m. to accommodate the influx of buyers. The store went so far as to issue an email blast to customers reminding them, “Today is your LAST DAY to purchase a semi-automatic rifle in Massachusetts!”

Gun rights supporters also turned up in droves to rallies at the state capital. One of the demonstrations, organized by the Gun Owners’ Action League and attended by gun rights supporters including the Massachusetts’ Rifle Association, garnered thousands of protesters.

The association, one of the nation’s oldest active gun clubs, has been vocal about its disdain for the ban and the manner in which Healey accomplished it. The group told Guns.com that the lack of clarity and sweeping language creates a dangerous level of uncertainty that should concern all 2A supporters.

“If allowed to stand, this creates an intolerable precedent. This allows a single individual to redefine a law 22 years after being passed. It declares that otherwise lawful members of society are now felons based on them following the law of the land for the last 22 years,” the group told Guns.com via Facebook. “This is not the creation of a new law, it’s the destruction of the rule of law.”

The organization urged Facebook followers and members to continue to protest Healey’s measure.

Gun Owners’ Action League also spoke out against Healey. In a statement published to their website, the group condemned the sudden directive.

“Now, suddenly, without warning or any due process a single person with a clear political agenda decides to change the rules,” the statement read. “All Massachusetts residents should be alarmed.”