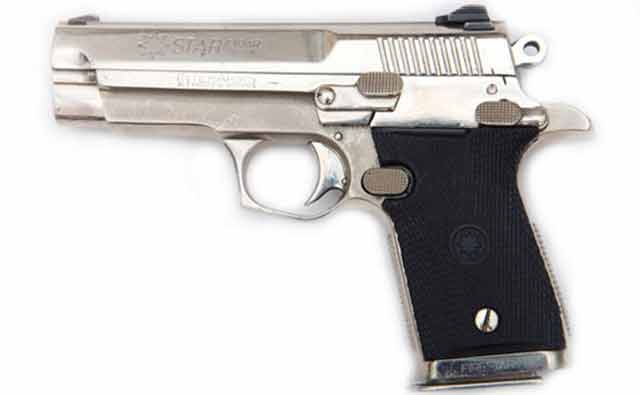 Star Firestar .45-caliber, but not the actual gun carried by the teen.

A 14-year-old boy was arrested early Saturday morning after authorities in Boston found him in possession of a .45-caliber handgun.

Around 12:25 a.m. officers with the Boston Police Department were patrolling an area which has seen a recent influx of gun-related crimes when they noticed two teens walking down the street. The teens walked by the patrol car several times, starring “long and hard” at the officers each time, while they appeared to be grasping something near their waistbands.

The teens were also wearing hoodies, which were pulled tightly around their faces, something the officers felt was suspicious due to the hot, humid, non-hoodie type weather that night. The officers tried to initiate contact with the teens, who immediately fled on foot.

Following a pursuit through several properties, one of the teens tripped and fell to the ground. But as the suspect fell, the officer observed leaves rustled up about five feet away. Inspection of the area turned up a loaded Star Firestar .45-caliber semiautomatic handgun.