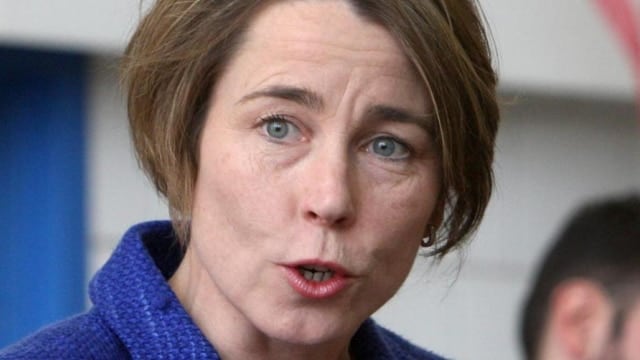 Attorney General Maura Healey’s recent ban on the sale of “Massachusetts-compliant” semi-auto rifles is seeing pushback from Gov. Baker and lawmakers as she gains a measure of support.

On July 19, Healey informed the Commonwealth’s 350 licensed gun dealers and the public of her plans to immediately halt the sale of guns whose actions are similar to AR-15s and AK-47s but meet current cosmetic requirements under the state’s assault weapons ban.

This sparked confusion and a run on gun shops which sold over 2,500 affected rifles the day after Healey’s new guidance was issued. On July 23, a bipartisan group of state lawmakers questioned Healey’s actions as gun rights groups mounted protests at the Massachusetts State House while gun dealers were left scrambling with how to best comply with the murky policy.

This has led lawmakers to seek to curb Healey’s office’s authority to interpret the sale of guns and ammunition in the state and, as reported by the Boston Herald, House Speaker Robert A. DeLeo to urge the matter be sent to the courts – hinting that the AG may have overstepped her bounds with her new definitions.

“I think that is the major question. I’ve heard from both sides on the issues. I think I have more reading to do on it,” said DeLeo.

On July 26, Baker’s stand against Healey seemed to become more pronounced in the form of an official letter, coupled with one from Secretary of Public Safety and Security Daniel Bennett, which questioned the policy change. Bennett went so far as to do a nuts-and-bolts comparison to two firearms which would seem on the outset to be very different – a banned SWD M-11 “Mac-10” style pistol and a Colt M1911 .45 – as an example of how the law could be manipulated under her office’s new guidance.

“For instance,” wrote Bennett, “the SWD M-11, one of the weapons banned by the statute, has a spring-loaded detachable magazine that pushes live rounds upward vertically; uses center-fire cartridges; has a gas-powered semi-automatic action; and has an ejection port on the right-hand side of the weapon. So does the M1911 pistol.”

Bennett further took exception with the interchangeability test mandated by Healey, pointing out that modern manufacturing processes have resulted in “a significant number of weapons that have interchangeable parts,” and that gun owners who are possibly not experts on a firearm’s design “may not understand the limits of your recently announced rule and appropriately conform their behavior.”

The letter from Baker and Bennett brought condemnation from a coalition of 30 gun control organizations led by the Newtown Alliance and the Violence Policy Center who sent their own letter Sunday to the Governor.

“Claims that her notice is unclear or that the Attorney General lacks authority to enforce this state law are the products of a wealthy and powerful gun lobby that does not speak for the vast majority of Americans, who overwhelmingly support banning assault weapons,” reads the letter, a copy of which was obtained by Guns.com. “We aren’t talking about hunting rifles or handguns here. We’re talking about weapons of war that have been used – time and again – to commit acts of mass atrocity. If you do not stand with Attorney General Healey, you do not stand with us.”

It’s not just the state’s executive branch that is showing opposition to the freshman attorney general.

Healey, the country’s first openly-LGBT state attorney general, has been swamped with sexist and anti-gay slurs in the past week, but it has not changed her mind about her new enforcement guidance.

“I am not going to back down,” Healey told the Boston Globe while attending the Democratic National Convention where she addressed the crowd. “I believe this is right and appropriate and lawful and something we need to do.”

Supporting Healey are the last five attorneys general of the state – all Democrats – going back to 1975 who last week took a stand that “She is not exceeding her authority — she is exercising it,” in an open letter issued through Corey Welford, a former adviser.