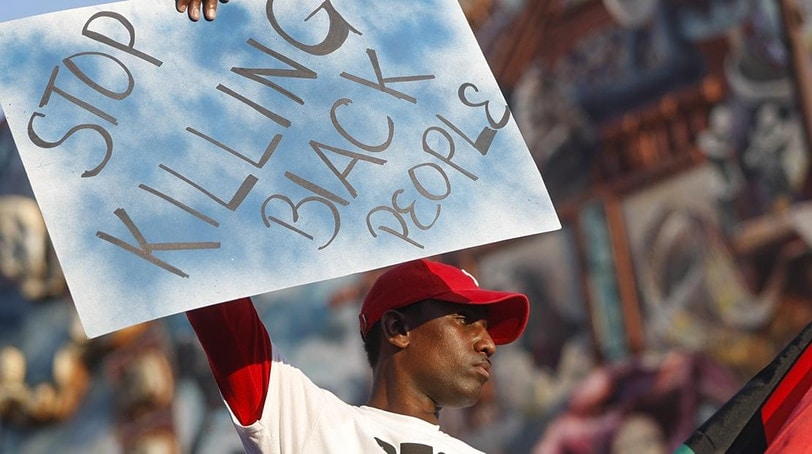 Some 60 organizations joined forces to focus on police brutality against black people in a call to reform law enforcement standards on interacting with the minority group.

The coalition called the Movement for Black Lives – which includes Black Lives Matter – released its agenda Monday, almost a week ahead of the two-year anniversary of the killing of a black man in Ferguson, Missouri, multiple news agencies reported.

Michael Brown was fatally shot there by a white police officer – the resulting criticism of police use of force came in reaction to a series of local protests that sent shockwaves through the black community and was the catalyst for a wave of civil unrest across the country.

“We seek radical transformation, not reactionary reform,” said Michaela Brown, spokeswoman for partner organization Baltimore Bloc, in a statement. “As the 2016 election continues, this platform provides us with a way to intervene with an agenda that resists state and corporate power, an opportunity to implement policies that truly value the safety and humanity of black lives, and an overall means to hold elected leaders accountable.”

The announcement comes on the heels of the Democratic and Republican national conventions in Philadelphia and Cleveland, respectively, where protests were had, but not at a level of violence predicted by many in the media.

The call for action is the first time Black Lives Matter – which was born on social media and has garnered political support from as high as the White House – has expressed coherent demands, the Associated Press reported.

The coalition spent a year working on six policy items in its call for action, which will be a compass for the group’s local campaigns it plans on launching across the country, the New York Times reported.

“On both sides of aisle, the candidates have really failed to address the demands and the concerns of our people,” said Marbre Stahly-Butts, part of the Movement’s leadership team who worked on the list. “So this was less about this specific political moment and this election, and more about how do we actually start to plant and cultivate the seeds of transformation of this country that go beyond individual candidates.”

Reparations – We demand reparations for past and continuing harms. The government, responsible corporations and other institutions that have profited off of the harm they have inflicted on Black people — from colonialism to slavery through food and housing redlining, mass incarceration, and surveillance — must repair the harm done.

Economic justice – We demand economic justice for all and a reconstruction of the economy to ensure Black communities have collective ownership, not merely access.

Community control – We demand a world where those most impacted in our communities control the laws, institutions, and policies that are meant to serve us – from our schools to our local budgets, economies, police departments, and our land – while recognizing that the rights and histories of our Indigenous family must also be respected.

Political power – We demand independent Black political power and Black self-determination in all areas of society. We envision a remaking of the current U.S. political system in order to create a real democracy where Black people and all marginalized people can effectively exercise full political power.