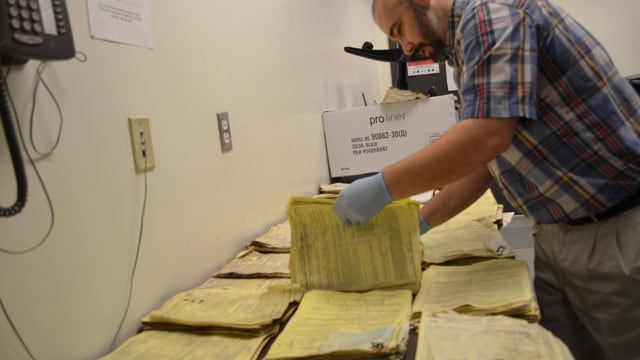 The federal agency tasked with regulating firearms has been inconsistent in deleting sales records, especially those of out-of-business gun dealers, according to a government accountability study published Monday.

The Government Accountability Office looked at four of the 16 databases regarding retail sales maintained by the Bureau of Alcohol, Tobacco, Firearms and Explosives. The four selected are used to trace firearms recovered at crime scenes back to the original buyer.

According to the study, GAO found in general ATF was compliant with the appropriations act that prohibits consolidating federal firearms license records, but identified records in three systems that were supposed to be deleted.

The study showed ATF’s Access 2000 system, while deleting records of FFLs still in-business, had records from out-of-business dealers as well. A2K provides servers for National Tracing Center personnel to electronically search participating FFLs’ records at their premises. As GAO inspectors were conducting the study, ATF acknowledged the issue and deleted the records in March 2016.

The Firearm Recovery Notification Program generally complied with the restriction, but a program operating 2007 to 2009 did not. A glitch allowed ATF agents to access FRNP data— including purchaser data — beyond what ATF policy permited.

The FRNP system maintains information on firearms the agency suspects of being involved in criminal activity even though they haven’t been recovered by law enforcement. Although ATF cancelled the program in 2009, it also deleted the related data in March 2016.

Lastly, the study found ATF inconsistently adherent to its own policy of deleting multiple sales records. Per federal law, licensed gun dealers are required to report sales of two or more handguns during five consecutive business days, but ATF is supposed  to deleter certain details after two years. However, until May 2016, GAO found records containing more than 10,000 names.

The GAO said the ATF concurred with its findings and recommendations to remedy the issues, which include: