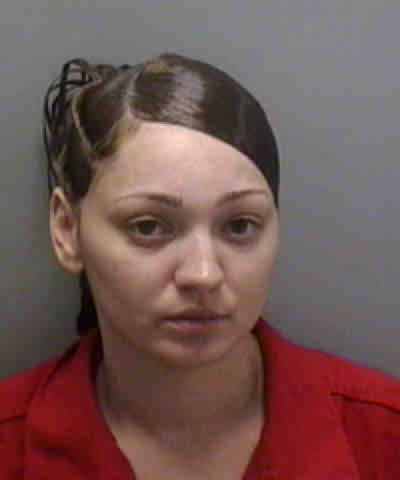 Jazmin Challana Barron, 33, was not honest on the paperwork when she purchased a gun in February. (Photo: ATF)

A 33-year-old woman faces serious federal charges after police recovered a gun she bought earlier this year at the scene of a deadly nightclub shooting in Ft. Myers, Florida.

Authorities charged Jazmin Challana Barron, of Lehigh Acres, Florida, for lying to a licensed gun dealer while buying a firearm. Federal investigators recovered the gun from the Club Blu shooting on July 25 that ended with two teens dead and a dozen injured.

Fort Myers police said the scene unfolded just before 1 a.m. in the club’s parking lot during a teen night. The shooting was determined gang-related and not a terrorist attack, as authorities are still on edge from a horrific massacre in Orlando earlier this summer. Police identified the deceased victims as Ste’fan Strawder, 18, and Sean Archilles, 14.

After the shooting, investigators recovered a MasterPiece Arms pistol chambered in 5.7x28mm near the club and matched it with casings found on the scene. Agents with the Bureau of Alcohol, Tobacco, Firearms and Explosives traced the gun back to where it had been originally purchased and then identified the buyer. A further investigation revealed that she provided false information when buying the gun.

According to the criminal complaint, Barron bought the pistol on Feb. 20, 2015, but when filling out the paperwork for a background check, she did not provide her proper address. In fact, court documents noted that the address she provided was later determined to be an abandoned lot with “no visible residence.”

Agents contacted Barron, who initially said she moved from the address she provided after buying the gun. She also said the pistol was stolen from her, but was unsure of which address she was residing or what law enforcement agency she contacted following the theft. Barron later backtracked and told agents that not only had the firearm not been stolen, but she was still in possession of it. Barron then said she would no longer talk to investigators without the legal counsel.

If convicted, Barron, who possessed a valid Florida concealed carry license at the time of the purchase, could face up to 10 years in prison.

Authorities said they connected two other shootings to the Club Blu incident and that they have “persons of interest” in custody, but the incident is still under investigation. It’s unclear Barron’s relationship with the suspects responsible for the shooting.

According to reports, eight of the 12 victims have withdrawn their criminal complaints, which could hinder the investigation altogether.