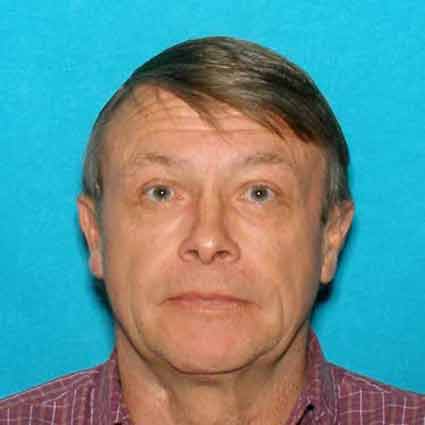 David Daniel McCrary, 59, did not have a significant criminal history before the break-in. (Photo: Oregon DMV)

A Multnomah County grand jury concluded last week that a Portland woman was justified when she shot and killed an intruder she found in her child’s bedroom last month.

Tara-Alexis Ford, 33, returned home with her 10-year-old daughter and 5-year-old son in the early morning hours on June 26, but upon entering the home she discovered an unknown male in her daughter’s bedroom. Both children were in another room of the home at the time. A confrontation between the intruder and Ford ended with a single gunshot and a subsequent call to the police.

When officers arrived they found the intruder still in the home. He was pronounced dead at the scene and later identified as David Daniel McCrary, 59. An autopsy performed by the Oregon State Medical Examiner determined McCrary died of a single gunshot wound. Neither Ford nor her children were injured.

An investigation revealed McCrary gained entry into the home by breaking a back window. According to a press release from the Portland Police Department, McCrary had “no significant criminal history.” However, one recent report indicated McCrary recently suffered from depression and thoughts of suicide.

Authorities said Ford and McCrary were not previously acquainted and it is unknown why McCrary targeted that particular house or what his intentions were when he entered unlawfully. Portland Police said Ford cooperated fully throughout the investigation.

The incident was one of three times Portland residents fought back against home invaders in less than a month.

One week prior to the break-in at Ford’s home, another Portland homeowner shot a man who was completely naked and attempting to break into his home through a back window. The homeowner hit the suspect, who responding officers found sitting in a fountain in the back yard when they arrived on the scene. The suspect survived and was later identified as former NFL player Stanley Wilson II.

Then, on July 14, just before 1 a.m., another Portland homeowner opened fire on a group of suspects who broke into his home. One suspect was shot, while the remaining suspects fled the scene, leaving their wounded accomplice behind. When police arrived, they found the suspect still inside the home. He was pronounced dead at the scene.