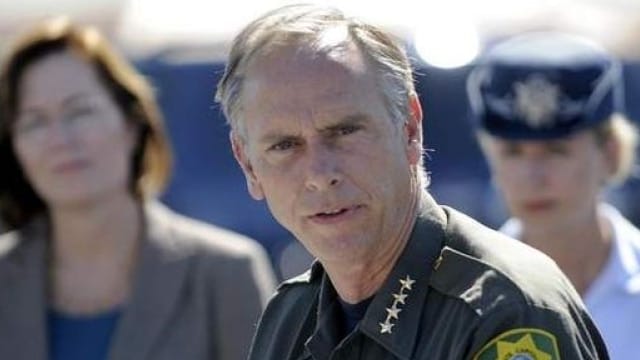 Most of the sheriffs in Nevada decided last week not to support a Bloomberg-backed voter referendum to expand background checks on guns to cover most private transfers.

However, as reported by the Associated Press, most of the sheriffs of the state’s 16 counties disagreed with the proposal last week at a meeting of the Nevada Sheriffs’ and Chiefs’ Association.

“Any bill that does not address mental health, which I believe to be the core cause of the violence we’ve had across the country, does not meet my expectations,” said Carson City Sheriff Kenny Furlong. “Mental health has to be addressed.”

One notable hold out is Joe Lombardo, sheriff of Clark County and head of the Las Vegas Metropolitan Police Department, who has said he will remain neutral on the issue.

In 2013, the group issued a signed letter to constituents swearing to uphold Second Amendment protections, though many signatories are no longer in office.

Besides the sheriffs, gun rights organizations such as Nevadans for State Gun Rights and National Rifle Association are lining up in opposition. The NRA has brought in well-known political consultant and lobbyist Robert Uithoven to run their Nevadans for Freedom group to “Vote no on Question 1″ campaign. They contend Question 1 does nothing to stop criminals from obtaining guns, criminalizes private transfers and loans of guns between friends, and is unenforceable.

NRA spokesperson Catherine Mortensen told Guns.com previously, “The Bloomberg gun control ballot initiative goes against everything the freedom-loving people of Nevada stand for. The NRA is fully committed to defeating Bloomberg’s anti-freedom initiative that won’t make anyone any safer only harder for law-abiding Nevadans to protect themselves.”

Nevadans for Background Checks, the group fronting the ballot initiative, do have the support of several former sheriffs as well as the Las Vegas lodge of the Fraternal Order of Police and the 1,500 member Nevada Association of Public Safety Officers.

“The bottom line is criminals must be prevented from acquiring guns in simple ‘no questions asked’ transactions,” said NAPSO Executive Director Richard McCann in a statement. “While not an absolute answer to this crisis, this Initiative is a further step that must be taken to counter gun violence in this state and in our nation.”