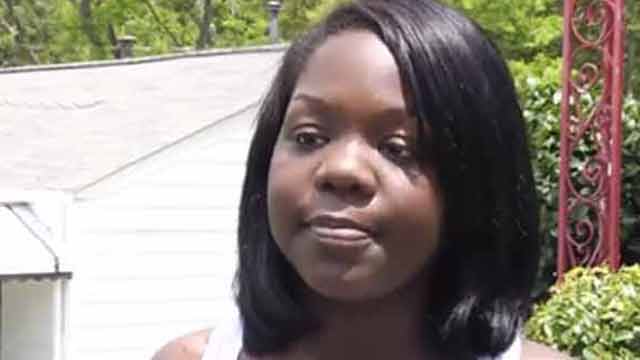 A man is recovering from a gunshot wound after he broke into a Birmingham home early Friday morning and came face-to-face with a pregnant woman who was ready to protect herself and her baby.

Marquita Turner said she heard the suspect remove the air conditioning unit from a side window around 2:20 a.m. Once the unit was out, the suspect climbed right inside, but he likely wasn’t expecting to meet Turner with her pink Taurus Millennium 9mm.

“I grabbed my gun when I woke up. And I walked out of the door and I saw them, the guy in the hallway … he was kind of close to me so I shot and he fell,” Turner told reporters with a local NBC affiliate.

Turner said she fired two or three rounds and struck the intruder once, then turned on the lights and called the police. Once they arrived, the suspect was taken to the hospital for treatment. He was expected to survive.

Turner, who is currently five months pregnant, said she purchased her gun two years ago for protection, but she’s never been to the range or otherwise had any type of training or target practice. Still, she’s glad she had the means to protect herself when she needed to. She said she doesn’t know what could have happened had she not be able to protect herself and her unborn baby.

“You have to protect yourself. Without a doubt. Take matters into your own hands. Get some type of protection,” Turner said. “Don’t take anything for granted. You got to protect you and your child. Be strong. If it comes down to that, then that’s what you have to do. Don’t be scared.”

In the seven months that Turner has lived there, the home has been targeted for break-ins three times so far. In fact, two days prior to Friday’s break-in, she heard someone trying to get inside through the side window, the same spot where Friday’s intruder gained entry. Turner, who was not injured during the incident, said she now plans to move.