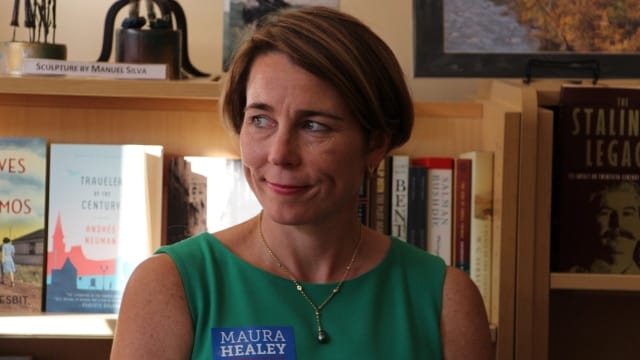 State Attorney Gen. Maura Healey will soon face off in court with one of the nation’s largest Second Amendment groups over her office’s new firearm enforcement guidance. (Photo: Brian Steele/MassLive.com)

The National Shooting Sports Foundation announced on Thursday they will be seeing Massachusetts Attorney Gen. Maura Healey in court over her recent “assault weapon” ban expansion.

On July 19 Healey announced her office was reinterpreting the Commonwealth’s 1998 ban to include gun actions rather than cosmetic features, resulting in an immediate ban on many semi-auto firearms. While some in the state have voiced opinion that her move may be an overstep of her authority, the trade group for the firearms industry advised this week they are seeking redress in the courts.

“With this ‘Enforcement Action,’ the Attorney General’s office has demonstrated how little it understands about firearms and has generated considerable uncertainty and confusion,” said Lawrence G. Keane, NSSF senior vice president and general counsel in a statement. “Attorney General Healey and/or her staff have overreached their authority and decided to legislate from her office without the benefit of any public process.”

Healey foreshadowed the prospect of litigation last month in an editorial in which she said plainly, “In the dozen years since the federal assault weapons ban lapsed, only seven states have instituted their own assault weapons ban. Many of those bans have been challenged (unsuccessfully) by the gun industry, and we anticipate our directive may be too.”

The NSSF has retained a heavy hitter in the Commonwealth, former U.S. Attorney for the District of Massachusetts and George W. Bush-era acting director of the Bureau of Alcohol, Tobacco, Firearms, and Explosives, Michael Sullivan.

The NSSF has in the past joined with other Second Amendment groups to take on controversial new gun laws but is not discussing potential co-plaintiffs at this time.

In related news, the trade group on Wednesday announced a $500,000 donation from Massachusetts-based Smith and Wesson to their voter education fund. In a joint statement from NSSF and S&W, the trade group and gun maker blasted Healey’s actions.