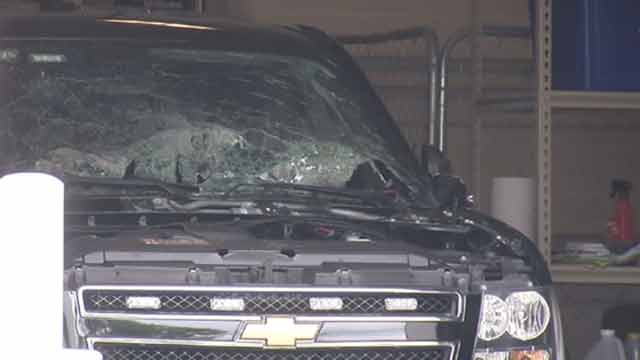 Multiple agencies are investigating after someone detonated a pipe bomb on an officer’s marked patrol car just minutes after he returned to his home in Thurmont, Maryland, early Wednesday morning.

Calls started pouring into the Thurmont Police Department after residents heard and felt the explosion around 12:30 a.m. Witnesses said it shook the entire neighborhood. Shortly after the explosion, one resident noticed the damage to the unnamed officer’s patrol car, which he routinely parked on the street in front of his home. Reports from local media indicate the officer had only been home for about 20 minutes before the explosion occurred.

Authorities say the potential to cause serious harm was certainly present, but no one was injured. The vehicle, however, had a shattered windshield and buckled hood from the explosion.

Authorities recovered remnants of the bomb from the scene and, although it is still very early in the investigation, they are working to put the pieces together.

“We’ll be checking numerous hardware stores to maybe see where the metal pipe was purchased from. … We’re just trying to get everything together,” Eyler said.

David Cheplak, public information officer for the ATF’s Baltimore field office, ensured that the Bureau was going to provide all of the resources they had to assist in the investigation, The Frederick News-Post reported.

Area residents are concerned whether the explosion is related to ever-growing violence against law enforcement across the country and are worried that it could happen again, possibly causing injury the next time.