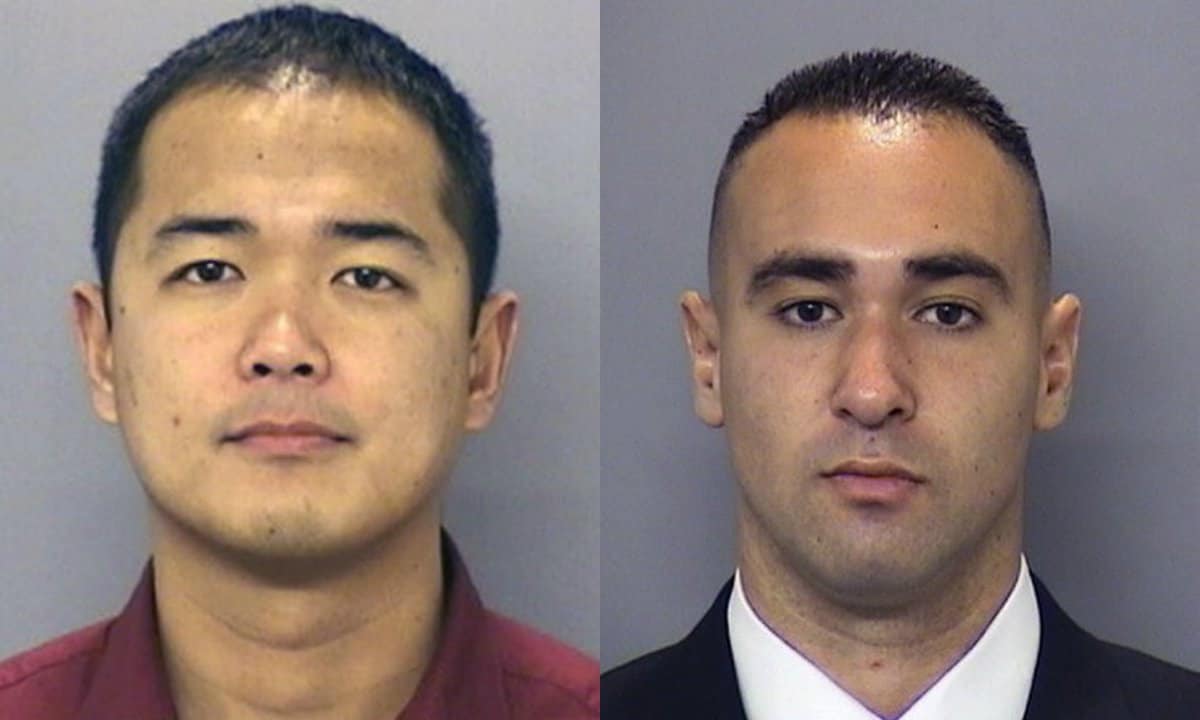 Officials are piecing together the events that left one officer dead and another critically wounded in San Diego last week.

Officers Wade Irwin and Jonathan “JD” DeGuzman reportedly approached two men walking away at the sight of their marked police on July 28 around 11 p.m. Irwin got out of the cruiser and approached one individual, Jesse Gomez, on foot and asked if he lived in the area.

According to prosecutors, Gomez, 52, immediately turned a gun on Irwin and opened fire, striking him in the throat. Gomez then allegedly moved to the open passenger door of the patrol car and fired multiple shots at DeGuzman in the driver’s seat.

Prosecutors said DeGuzman was struck four times and died as a result of a bullet that entered both of his lungs and severed his spine.

From the ground, Irwin pulled his weapon and fired at the suspect. Gomez fled but was eventually found in a nearby ravine by police.

Deputy District Attorney Michael Runyon told reporters at a news conference earlier this week that a bloody trail led officers to Gomez who was unconscious. Police found an empty holster, firearm, magazine and matching ammunition in the ravine.

A motive has not been established as of yet nor has the second suspect been located. San Diego SWAT surrounded the house of one individual Friday morning thought to be linked to the shooting, but that person was later cleared.

If convicted for DeGuzman’s death, Gomez is eligible for the death penalty. Bail is currently set at $5 million.

Establishing a timeline of the events was crucial for investigators who said that though Irwin was wearing a body camera at the time of the shooting, it was not turned on until after he was down. Irwin remains hospitalized, but is expected to make a full recovery.

District Attorney Bonnie Dumanis told reporters that the community is deeply saddened over the death of DeGuzman whose public funeral is scheduled for Friday.

“We are all still shaken by this cold-blooded murder,” said Dumanis. “An assault on a peace officer is an assault on our community.”

DeGuzman represents the 34th police officer to be killed by gunfire this year.