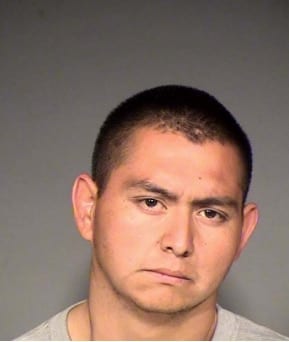 A man died while attempting to rob a woman early Monday morning in Glendale, Arizona, when his intended target turned the tables on him.

The victim, 23-year-old Carol Miracle, said the man approached her near a convenience store just before 1 a.m., put a gun to her head and announced a robbery. But the suspect was unaware that Miracle had a holstered handgun on her hip.

The Glendale Police Department said Miracle, fearing for her life, unholstered her gun and shot the suspect a single time. She then left the scene and went to her home, which was close by, to call the police.

However, minutes before authorities were contacted, the Glendale Fire Department responded to an unrelated alarm call at the convenience store. When firefighters arrived, they found the suspect suffering from a gunshot wound. Soon thereafter, Miracle placed the call to police from her home and informed them of what had just occurred.

The suspect, identified as 27-year-old Frank Taylor, was transported to the hospital where he later died from his injuries.

Witnesses corroborated Miracle’s account of what transpired, even down to the detail of Taylor putting the gun to her head. Likewise, evidence gathered at the scene was consistent with accounts from Miracle as well as the witnesses, the police department said.

Once the investigation is completed, the case will be turned over to the Maricopa County Attorney’s Office, who will ultimately decide whether Miracle will face any charges. The Glendale Police Department noted that she has, thus far, been fully cooperating with the investigation.

According to local reports, there have been string of robberies in the area, but authorities do not believe they are related to this incident.