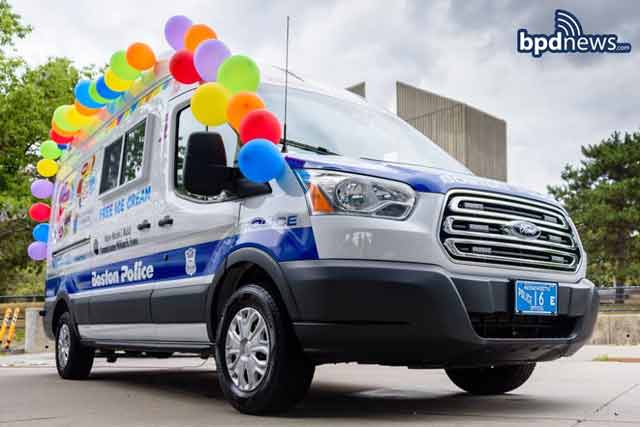 In an effort to promote better relations between law enforcement and the communities they serve, the Boston Police Department added an ice cream truck to its fleet.

The $89,000 vehicle is decorated with balloons and various decals, carries free ice cream for the community and, according to Commissioner William Evans, although the tactic is unusual, the potential impact is “undeniable.” The truck was purchased by the Boston Police Foundation and a local dairy, HP Hood, has donated every bit of the ice cream.

But “Operation Hoodsie Cup,” as it’s called, is actually nothing new. In fact, the department has dished out some 120,000 free cups of ice cream over the last six years as part of a community policing initiative.

“It’s about way more than ice cream,” an officer said on the department’s Facebook page. “It’s about relationships and keeping kids safe. We want kids to like and look up to us. Operation Hoodsie Cup gives us the platform to share that message and make that connection.”