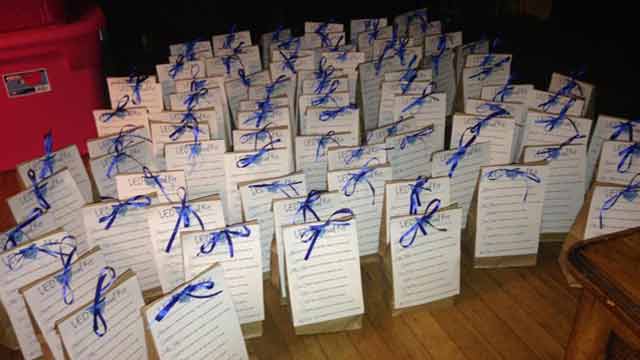 Two women from New Bern, North Carolina, put together goodie bags over the weekend to show the officers at their local police department that the community still supports them.

The inspiration for the gesture first came to Nicky Crawford, 29, while flipping through Pinterest. She said she was looking at gift bag ideas, and while they weren’t specific to law enforcement, one project caught her eye and she thought it would be a good way to show the department that they are appreciated and loved.

“Times are extra tough right now and the thin blue line family needs all the support they can get,” Crawford told Guns.com in an interview.

According to the Officer Down Memorial Page, the number of police officers who have been killed by gunfire so far this year is up 74 percent from last year. Thirty-three officers have been fatally shot, 13 in the last month alone. Several high-profile cases – like the ambush in Dallas last month that left five officers dead and another seven injured – have left the nation reeling and the law enforcement community on edge.

In an article previously published on Guns.com, Sgt. Richard Smith, who retired from the Baltimore Police Department after 26 years, also noted that it is an emotional time for police officers.

“We feel unsupported, targeted and more isolated than any other time I can remember,” Smith said. 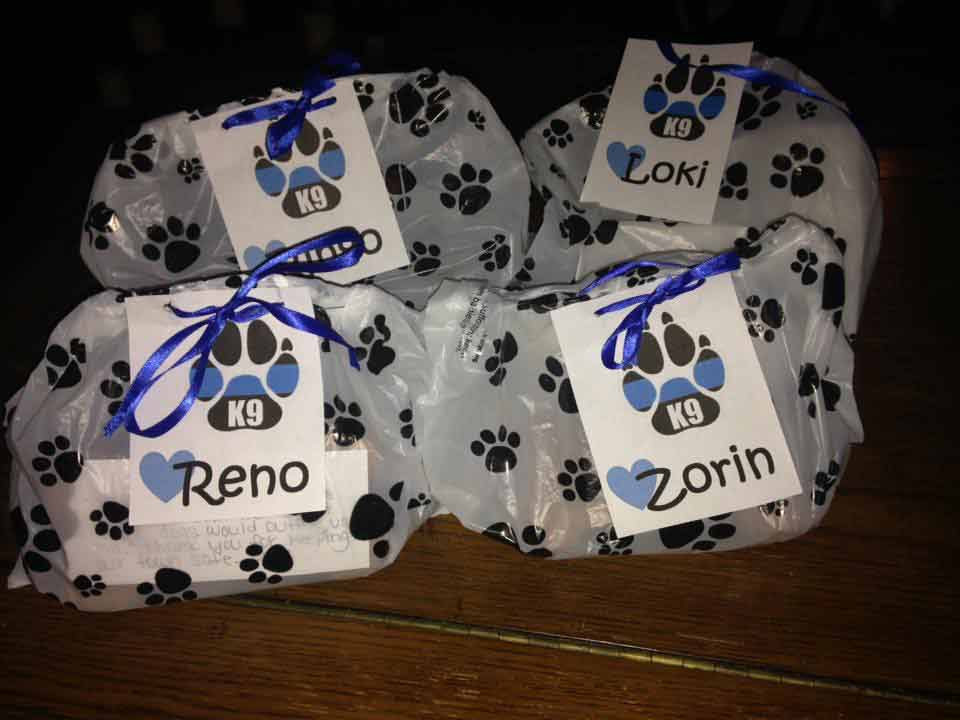 But folks all across the country – like Crawford – are doing what they can to show law enforcement that they are supported and they’re not alone. And Crawford wasn’t lacking support for her idea either. She shared her idea on a local Facebook page, which led to a number of residents and businesses donating items for the goodie bags. Once she had everything she needed, Crawford, along with her best friend, Monica West, spent an entire day putting the bags together.

Altogether, the women made 84 gift bags, including four special treat bags for the department’s K-9s. The goodie bags were delivered to the New Bern Police Department Monday and – not surprising – were well-received. Crawford said the department was “very grateful” for the kind gesture, and as a token of thanks, Crawford and West even had the opportunity to play with the police dogs.

Crawford, a mother of two, wants to become a police officer and plans to start a law enforcement training program in January.