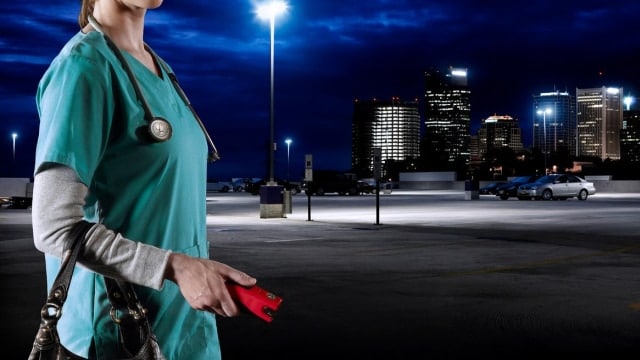 Those seeking to buy Tasers include a nurse who works late, a conservative blogger who has received threats, and a two-time armed robbery victim. (Photo: Taser)

Three individuals seeking to protect themselves by means short of a firearm are challenging Washington D.C.’s ban on civilian ownership of Tasers in federal court.

Crystal Wright, a conservative blogger who has been cyber-stalked and threatened for her political beliefs sought a means to protect herself. As noted in court documents, one person sent her an email saying he intended to break into her home and bash her head in.

With firearm permits in the District notoriously hard to obtain and a desire to use less lethal means if possible for liability reasons, Wright attempted to buy a Taser online in May and was refused by the company, citing DC law which prohibited them from selling the device to civilians — though they do sell them to law enforcement in the same area.

Two other District residents, Brendan Turner — twice the victim of armed robbery but unwilling to have a firearm in his home due to young children — and Traci R. Dean, a nurse who works late but is wary of owning a deadly weapon, like Wright attempted to buy a Taser for self-defense in recent months but were denied.

The three filed a joint lawsuit this week against the District and Washington D.C. Police Chief Cathy Lanier in her official capacity, citing the city’s ban on the acquisition, possession, carrying and use of Tasers and other electronic arms violates the Second Amendment.

“The ban on these non-lethal weapons makes no sense given that it has been legal for several years for law-abiding citizens to use firearms, very lethal weapons, to protect themselves in the District of Columbia,” noted Wright in a statement issued through Arsenal Attorneys, the firm behind the case. “Shooting another human being changes the lives of all involved, even when it is legally justified.  There are extremely negative legal, social and psychological consequences I would prefer to avoid, if at all possible.”

In their 17-page complaint, penned by Arsenal Attorney George L. Lyon, Jr., the plaintiffs argue the Second Amendment extends “to all instruments that constitute bearable arms, even those that were not in existence at the time of the founding,” citing the 2008 Heller ruling as well as the more recent Caetano case.

Lyon says it is time for the courts to do the same thing to DC’s law.

“The Taser ban is a remnant of DC’s anti-self-defense mindset that the Supreme Court rejected in the landmark Heller decision,” he said. “It’s time for it to go.”

The case has been assigned to U.S. District Judge Randolph D. Moss, a 2014 appointment by President Obama who was approved by a Democrat-controlled Senate in a partisan 54-45 vote.