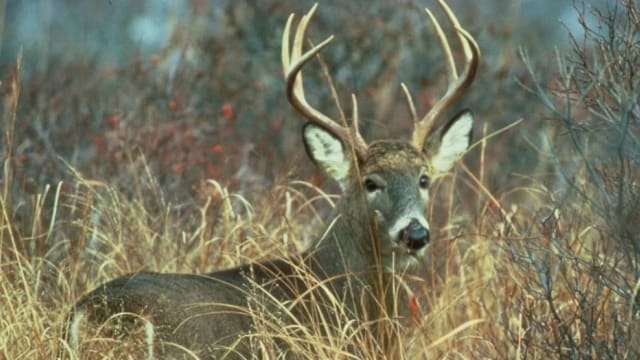 Last deer season’s harvest total was an all-time record for the state of Delaware and an expansion signed into law could see that record broken. (Photo: Delaware Fish and Wildlife)

Gov. Jack Markell (D) recently signed a popular House bill into law that does away with a historic ban on Sunday hunting and opens at least some days during deer season to sportsmen.

The measure, introduced in March, passed the House with near-unanimous approval in May and the Senate 14-7 in June. It makes Delaware the 46th state to allow some hunting on Sunday, doing away with part of the antiquated “blue laws” that date back as far as the 18th Century and limited Sunday hunts to fox chases only.

The new law, which passed as HS1 for HB 289, is not a blanket repeal of Sunday hunting bans. It allows for deer hunting on private land with the owner’s permission or on open public land as designated by the Delaware Department of Natural Resources and Environmental Control on five specified Sundays per season.

The move was backed by a number of Delaware hunting clubs, the Delaware Legislative Sportsmen’s Caucus, Safari Club International and the National Rifle Association.

A coalition of sporting goods retailers and hunting groups argue that if all of the Sunday hunting restrictions were removed nationwide, it could translate into 27,000 new jobs being created, paying over $730 million in wages, and contributing about $2.2 billion in economic activity.

Gun rights groups maintain that the practice of arbitrarily banning the most traditional of shooting sports on the seventh day of the week is not scientifically founded.

“Restrictions on Sunday hunting effectively treat hunters as second-class citizens and tacitly endorse the view of animal extremists that there is something wrong with hunting,” reads a statement from the NRA’s Institute for Legislative Action.  “Such a view ignores the fact that hunting is part of America’s heritage and hunters contribute billions of dollars to wildlife and conservation programs, through license fees and revenues generated through purchases of firearms, ammunition and archery equipment.”

Blue laws were generally designed to limit activities not related to religious worship and as such banned everything from shopping to liquor sales on Sunday. While a number of these laws have been repealed, struck down in the courts, or are simply left forgotten and unenforced, some Eastern Seaboard states still have such regulations on the books.

Last year North Carolina struck its longstanding ban on Sunday hunting and in recent years others, such as Pennsylvania, have moved to do the same, though with mixed results.