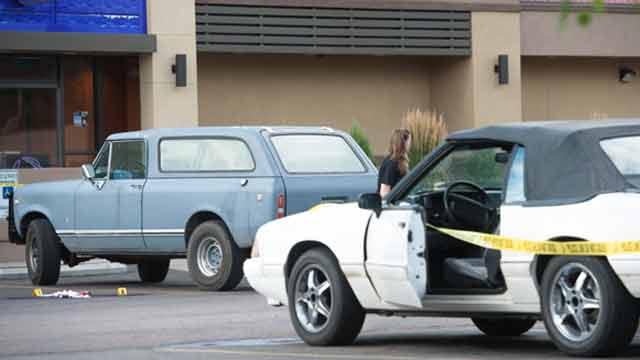 The 80-year-old man was on his way to Taco Bell when the incident unfolded. (Photo: The Gazette)

An 80-year-old man who shot and killed a 23-year-old in a Taco Bell parking lot in Colorado Springs last month will not face charges, the 4th Judicial District Attorney’s Office announced Thursday.

The decision came after authorities determined Jack Rogers acted in self-defense following a road rage incident with Jesse Garcia. The incident occurred on July 17, around 2:30 in the afternoon as Rogers was on his way to the Taco Bell. According to reports from The Gazette, Garcia got behind Rogers and began tailgating, and when Rogers pulled into the parking lot, Garcia followed him.

Garcia then proceeded to exit his white Ford Mustang, which he left running with the door open, and approached Rogers, who at the time had his doors closed but his windows open. As Garcia got closer, Rogers gripped a gun he had near the center console.

When Garcia got to Rogers’ vehicle, the two exchanged words and began to argue over Rogers’ driving. Eventually, Rogers put the gun down and went to pick up his cell phone instead, informing Garcia that he was calling the police. That’s when things quickly escalated.

When Garcia noticed the gun, he lunged into Rogers’ open car window, leaving half of his body hanging out. He repeatedly punched the elderly man in his face, while reaching across him in an attempt to get the gun. The two tussled for a bit and struggled over the gun before a single shot was fired and struck Garcia.

Rogers immediately called 911 and reported that he “shot a kid.” When officers arrived on the scene, Garcia was still hanging partially out of Roger’s car window. He was transported to the hospital, where he later died. Rogers suffered non-life threatening injuries to his face which investigators said were consistent with being repeatedly punched.

Surveillance video captured at the scene, which clearly showed Garcia lunge into Rogers’ vehicle, as well as eyewitness accounts, corroborated Rogers’ account of what transpired.

Apparently this wasn’t Garica’s first violent road rage encounter either. In March 2015, someone reported a driver in a white Mustang following too closely and driving recklessly. But when the caller pulled over, Garcia followed suit, then confronted the man. The victim told police Garcia walked up to him, punched him in the face, then drove away.

The man was able to get a license plate number, which matched that of Garcia’s Mustang, and he later identified Garcia as the man who assaulted him. The man, however, declined to press charges against Garcia.