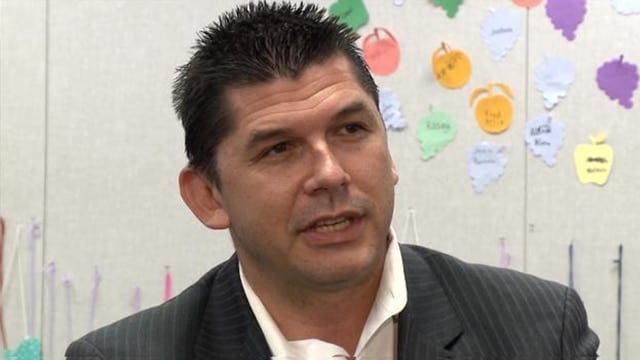 A gun stolen from Stockton Mayor Anthony Silva’s home has been linked to a deadly shooting involving a 13-year-old boy.

The boy, Rayshawn Harris, was standing in his driveway waiting to go to school on Feb. 23, 2015, when he was gunned down. Police recovered shell casings from the scene and later matched them to the stolen .40 caliber Beretta handgun reported by Silva.

Silva issued a statement expressing shock and horror over the part his firearm played in the young boy’s death.

“Words can not describe my sorrow and heartbreak for the victim and his family. I feel terrible and I feel sick to my stomach,”said Silva. “Obviously, this was my worst possible fear.”

At least one other crime, committed earlier in January 2015, was also linked to the gun.

Local station KCRA broke the story after obtaining records from the Stockton Police Department that showed the gun may have been used in multiple crimes.

The gun in question was recovered by police in June 2016 after officers responded to a domestic dispute where it was discovered. A trace revealed the Beretta pistol belonged to Silva.

Silva found himself in even more hot water as Stockton residents learned their mayor waited nearly a month after Harris’ death to report the theft to police. The report, filed on March 22, 2015, stated Silva’s home had been burglarized and his Beretta in addition to a cooler, generator, laser printer, camera and game console had been taken.

Silva spoke to a local news station and played the delayed reporting off as something that could happen to any gun owner.

“Most gun owners, unless you’re sleeping with your weapon at nighttime or unless you’re a public safety officer, chances are you’re not checking your gun every single day,” said Silva. “So for people to try to make it seem like I’m some negligent gun owner, it’s just silly.”

Silva had another gun stolen from his home in February of this year. He said he thinks he has “an idea” of who stole that one though it has yet to be recovered.

In an odd twist of events, Silva was arrested Friday at a youth camp at Silver Lake on several charges surrounding a game of strip poker and at least one minor. Silva was released after posting his $20,000 bail.

Silva has suffered public scrutiny before over his policies and antics. In December 2015, he introduced his $170 million vision for the city that included expanding Stockton’s waterfront, adding an international airport, opening warehouses for the homeless and creating an ordinance outlawing saggy pants.

“Indecent exposure would mean deliberate showing of underwear,” Silva said to reporters. “We have a lot of youth walking around with saggy pants, but it’s disrespectful for the rest of residents.”

Atheists also took aim at the Stockton mayor that same month over his proposed town hall meetings at local churches and his insistence that prayer be brought back to Stockton.

“The city has no business having an official city event right here at a church, at a religious venue,” Stockton Area Atheist and Freethinkers organizer Dave Diskin said.

Silva brushed off Diskin and other atheist leaders alleging they worked for his political opponents.

“I’ve done my town hall meetings at three, four different churches now and not one person ever complained,” Silva said. “So, the fact that there’s some complaints now, you might look at some of those individuals and see that they’re directly linked to some of my campaign opponents.”

Silva came under fire again in March 2015 from LGBT residents after adding activist Motecuzoma Sanchez to a citizen’s commission. LGBT leaders spoke out against the appointment pointing to homophobic and racist comments made on Sanchez’s social media page. In one post, Sanchez used the term “gay pride mafia” to refer to Stockton’s LGBT community. In another, he took a dig at Stockton Assemblywoman Susan Eggman, who is gay, referring to her as “Egg man.”

Silva told Stockton’s Record that the posts were not hate speech and that he stands behind his pick for citizen’s commission.

“In my opinion, this is a political fight rather than a case of hate speech,” Silva wrote in a text message. “I recognize his passion and commitment to make Stockton better. My voting record will show that I have been supportive of all lifestyles. I have never made a decision based on sexual preference.”

Silva became mayor of Stockton in 2013 and is up for re-election in November.