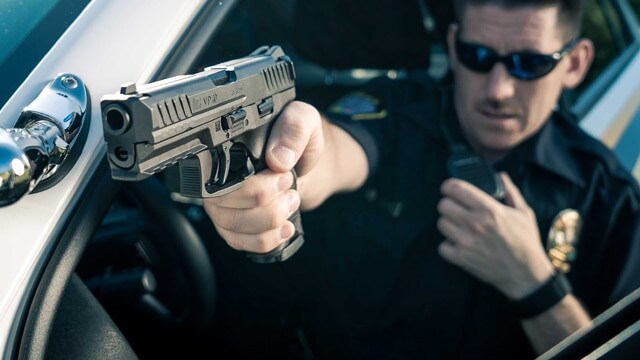 Not sure the context of this imagined scenario, but a nondescript police points a gun from his car as he calls for backup. (Photo: Heckler & Koch)

Phenix City police — not Phoenix — selected .40-caliber Heckler & Koch pistols to replace the department’s aging Glocks, which have been in use for more than a decade.

“We felt they are comfortable, easy to carry and they aren’t any heavier than the Glock,” Smith told The Ledger-Enquier on Thursday. “We think it’s going to be a smooth transition.”