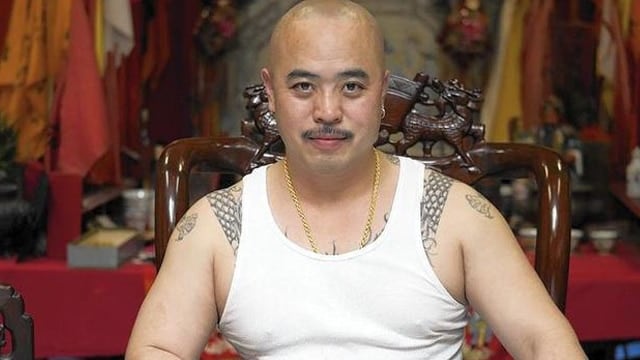 Kwok Cheung Chow, AKA Raymond Chow, AKA Ha Jai, AKA Shrimp Boy — an awesome nickname — was sentenced Thursday to life in prison for racketeering, murder, money laundering, and conspiracy charges. A federal jury convicted him in January.

According to the U.S. Attorney’s Office in San Francisco, the 55-year-old Chow served as the Dragonhead of the San Francisco-based Chee Kung Tong organization. His charges stem from a third superseding indictment filed to include murder on top of the 162 other charges.

In addition to the life term of imprisonment, Chow was ordered to pay more than $250,000 in fines and fees. The judge also issued an order enjoining Chow and others from profiting from his life story.

Chow was arrested along side California lawmaker Yee in March 2014. The criminal complaint that brought RICO charges against them included spectacular details and read like a crime novel.

Yee picked up 60 months in federal prison in February. Known for his gun control legislation, Yee was arrested on a host of charges including plotting to smuggle guns into the country via Islamic terror groups. Facing potentially the rest of his life in prison, Yee’s legal team entered a plea of guilty to one felony count of racketeering last July as part of a negotiated plea agreement.