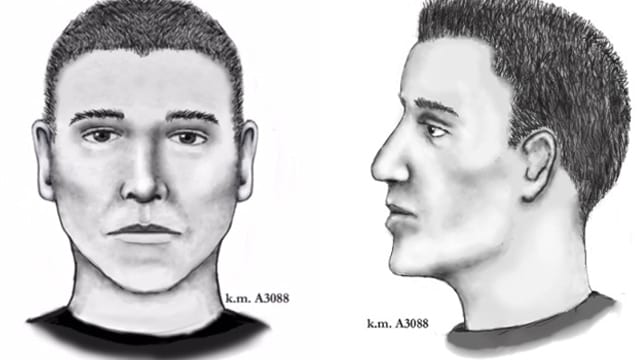 A composite sketch of the suspected shooter released by police. A $50,000 reward is available for information leading to an arrest. (Photo: Phoenix Police Department)

A Phoenix-based serial killer continues to leave a trail of bullets behind as police link yet another shooting to the unidentified gunman.

The latest incident happened on July 11 when bullets flew at a vehicle holding a 21 year-old man and 4-year-old boy. Neither were injured. However casings recovered from the scene confirmed the link to a serial shooter responsible for at least eight other shootings in the area.

Authorities released a composite sketch of the suspect based off witness’s descriptions of a lanky light-skinned Hispanic or white male under 5 feet 10 inches in his 20s. Investigator concluded that the gunman uses multiple cars including a white Cadillac or Lincoln style vehicle and a  dark-colored 5 series BMW from the late 90’s or early 2000’s.

Last week, the Federal Bureau of Investigation kicked in an additional $20,000 to the Silent Witness reward offered for information regarding the case. The reward now stands at $50,000.

City officials urged the public last week to come forward with any tips or leads regarding the case.

“It’s time like these, when violent predators victimize our fellow citizens, that the cooperative relationship between the community and its police department is most crucial,” said Arizona Department of Safety Director Frank Milstead in a statement. “No fact is too small and no suspicious activity is too slight. If you see something, say something.”

Phoenix Police Chief Joseph Yahner encouraged area residents to call the Department of Violent Crimes division at 602-261-6141 or Silent Witness at 480-948-6377 with tips.

“Someone out there knows who did this. We need our community to call us or Silent Witness and help us solve these cases, bring justice to these families and victims, and prevent more violence from occurring,” Yahner said on social media.

The majority of the shootings occurred in low-income neighborhoods at night and they appear to be random acts of opportunity as the only unifying factor in all the victims was time and location. 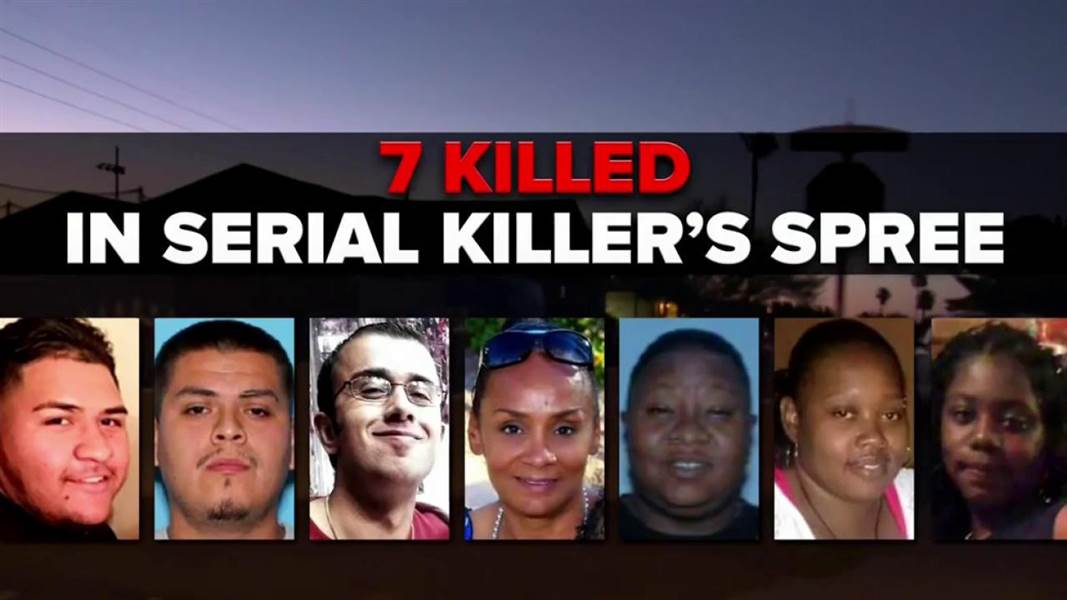 The victims whose ages range from 12 to 55 have nothing in common apart from the location and times of their deaths. (Photo: NBC News)

The first shooting took place back in mid-March when a 16 year-old-boy was struck on the street around 11:30 p.m. The boy survived as did the shooter’s second victim, a 21 year-old man, who was shot the following night around the same time.

Phoenix’s killer claimed his first life on April 1 when Diego Verdugo-Sanchez, 21, was fatally shot outside his home around 4:30 a.m. A few weeks later, on April 19, the body of Krystal Annette White was found shot and dead on the side of the road.

There was a short lull in action in May, but the gunman came back with a vengeance in June killing five. Horacio De Jesus Pena, 32, was shot and killed walking to his car on June 3. Then on June 10, Manuel Castro Garcia, 19, was fatally shot in a car in front of a friend’s house.

These shootings were followed by a June 12 ambush of two women and a girl. Angela Linner, 31, and Maleah Ellis, 12, were killed outside a home in West Phoenix. Maleah’s mother, 33-year-old Stephanie Ellis, was critically wounded and died three weeks later as a result of her injuries.

Phoenix residents have understandably become more cautious as more violence is linked to the gunman.

Nancy Garcia lives with five kids about a block from the street where the July 11 shooting took place. Garcia told The Arizona Republic she worries about the children she cares for every time they leave the house.

“I’m scared for my kids,” Garcia said. “Sometimes they walk around, they go to the store. The kids are always wanting to go outside and walk around alone. I’ll be more careful with having them outside.”

Alexis Pacheco, who lives just a few doors down from Garcia, said she worries about her two young nephews.

Julie Vasques, a 16-year-old Starbucks employee, said she is overly cautious while walking to work.

“I’m scared,” said Vasques . “I feel unsafe most of the time. I’m a little more safe in the daylight, but at night it’s scary. I really hope they find him.”

Residents have noticed a higher police presence since the announcement of the ninth shooting. Police reassured citizens on social media that the department is doing all it can to bring the shooter to justice.

“The Phoenix Police Department continues to aggressively investigate the series of unsolved homicides that have occurred in west Phoenix,” read a statement posted to the department’s Facebook page.