Rock Island Auction company’s Premiere Firearms Auction next month has over 2,500 lots and here are some of the sweetest (and most valuable) of the offerings.

Here’s a chance to come to grips with the ghost of TR. This J. Russell & Co.hunting knife with a handle crafted by a top New York luxury jewelry retailer, Dreicer & Co., was presented to President Theodore Roosevelt “to carry with him on his African hunting trip” by his friend James W. Gerard– New York Supreme Court Justice and later Ambassador to Germany. Estimated Price: $150,000 – $300,000. 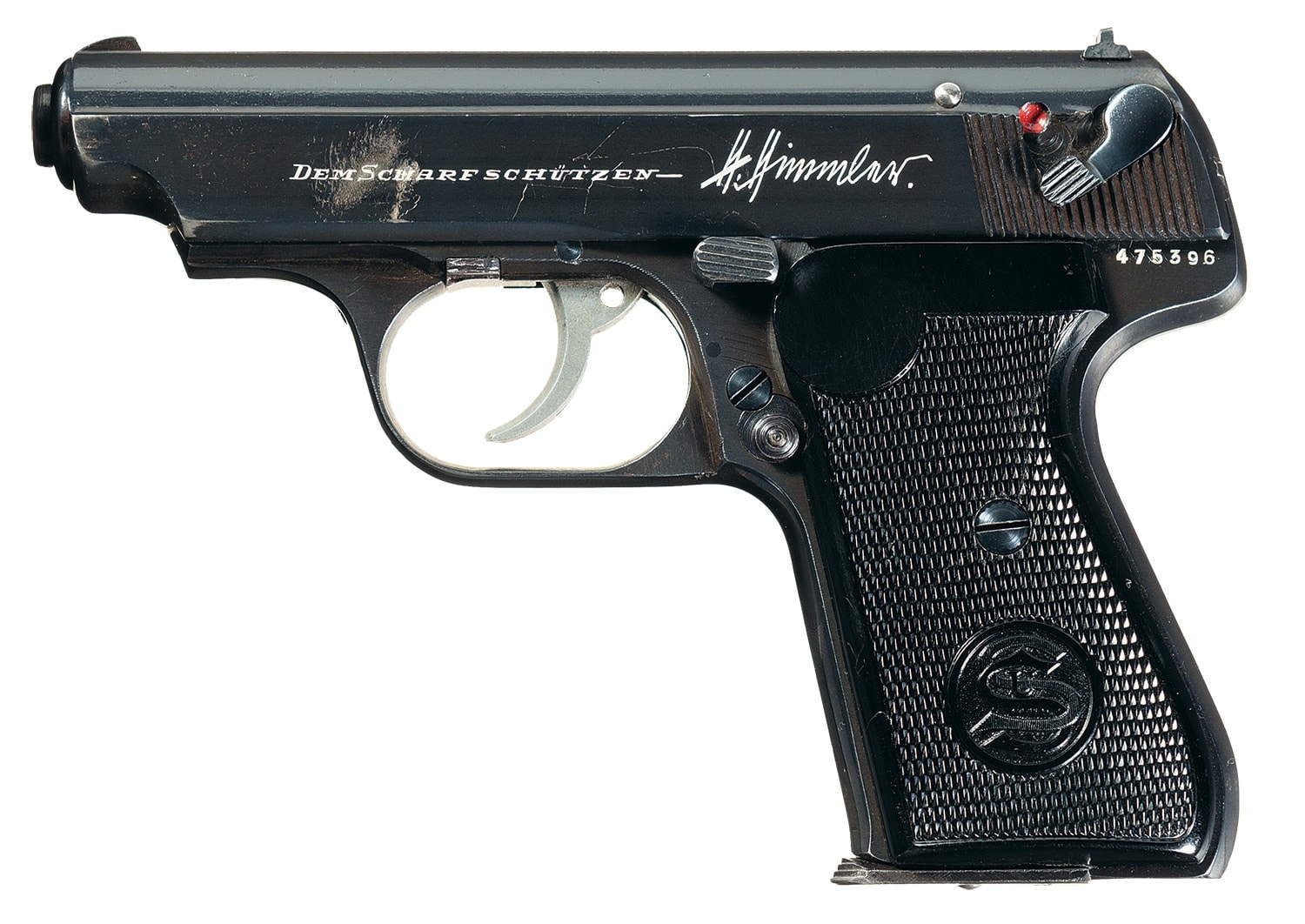 This factory engraved Remington Model 12-B gallery special model pump action rifle in .22 Short was sold to Wild West exhibition marksman Frank E. Butler on February 28, 1912. While Butler’s name may not stand out, you may know his wife, Annie Oakley, who was pretty good with a rifle herself it is said. Estimated Price: $125,000 – $175,000.

Above is a special order Winchester Second Model 1876 Express Rifle in .50-95 Winchester Express (just try finding that on the shelf these days) with rare short barrel with matted top and fine scroll engraving executed and signed by Master Engraver John Ulrich. How rare is it? Try $180,000 – $275,000 rare. 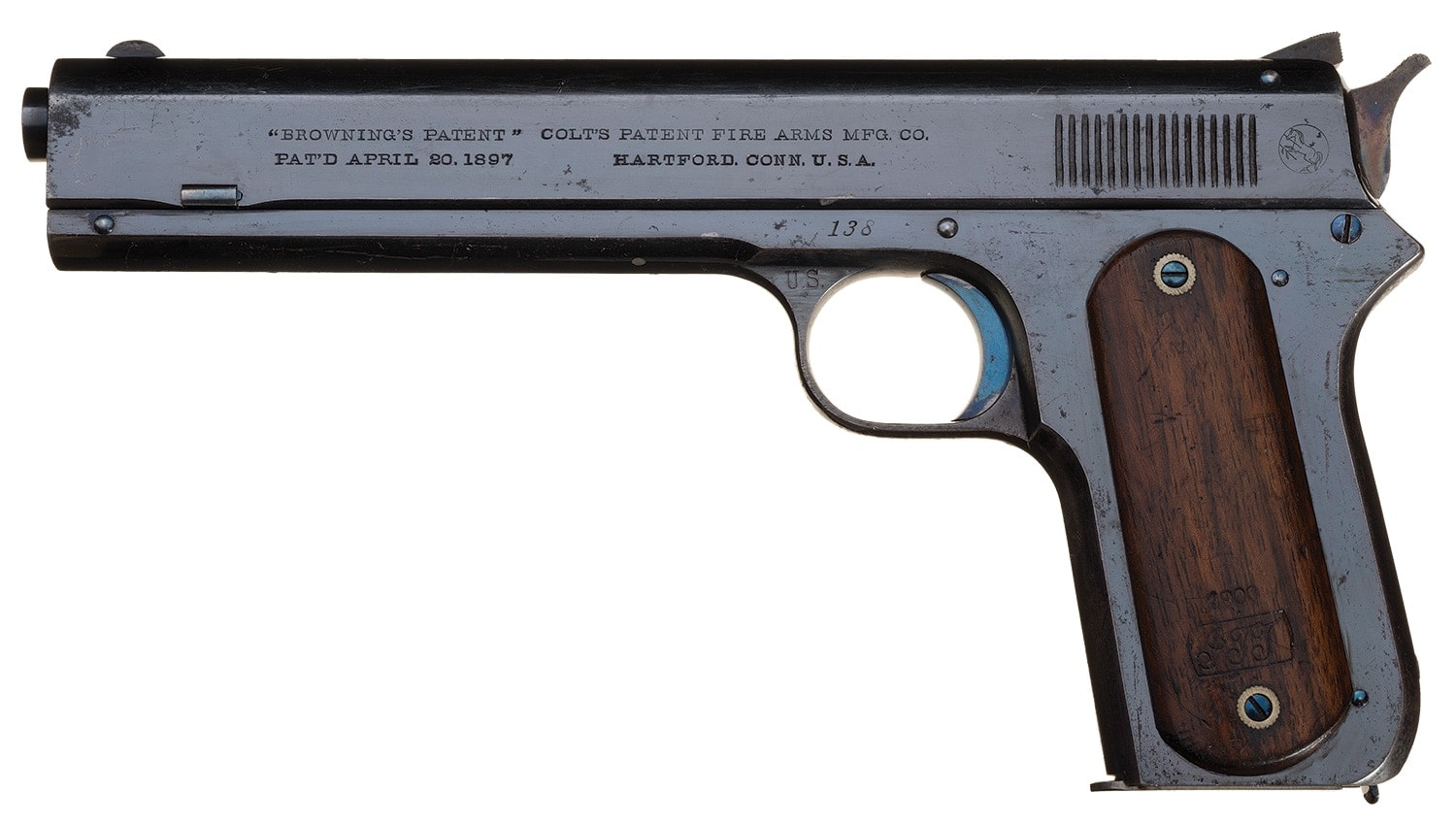 Preceding the famous Colt 1911, John Browning’s “sight safety” Colt Model 1900 Automatic (don’t get too excited, it’s still semi-automatic) was manufactured as part of the Ordnance Department contract for 100 pistols issued on May 10, 1900 in .38 rimless. All the guns were sent to U.S. forces in field conditions overseas (Philippines, Cuba, Puerto Rico) and very few made it back home. Best of all, the gun still has its original Rock Island Arsenal holster. You are looking at $110,000 – $160,000 worth of surplus GI Colt longslide. 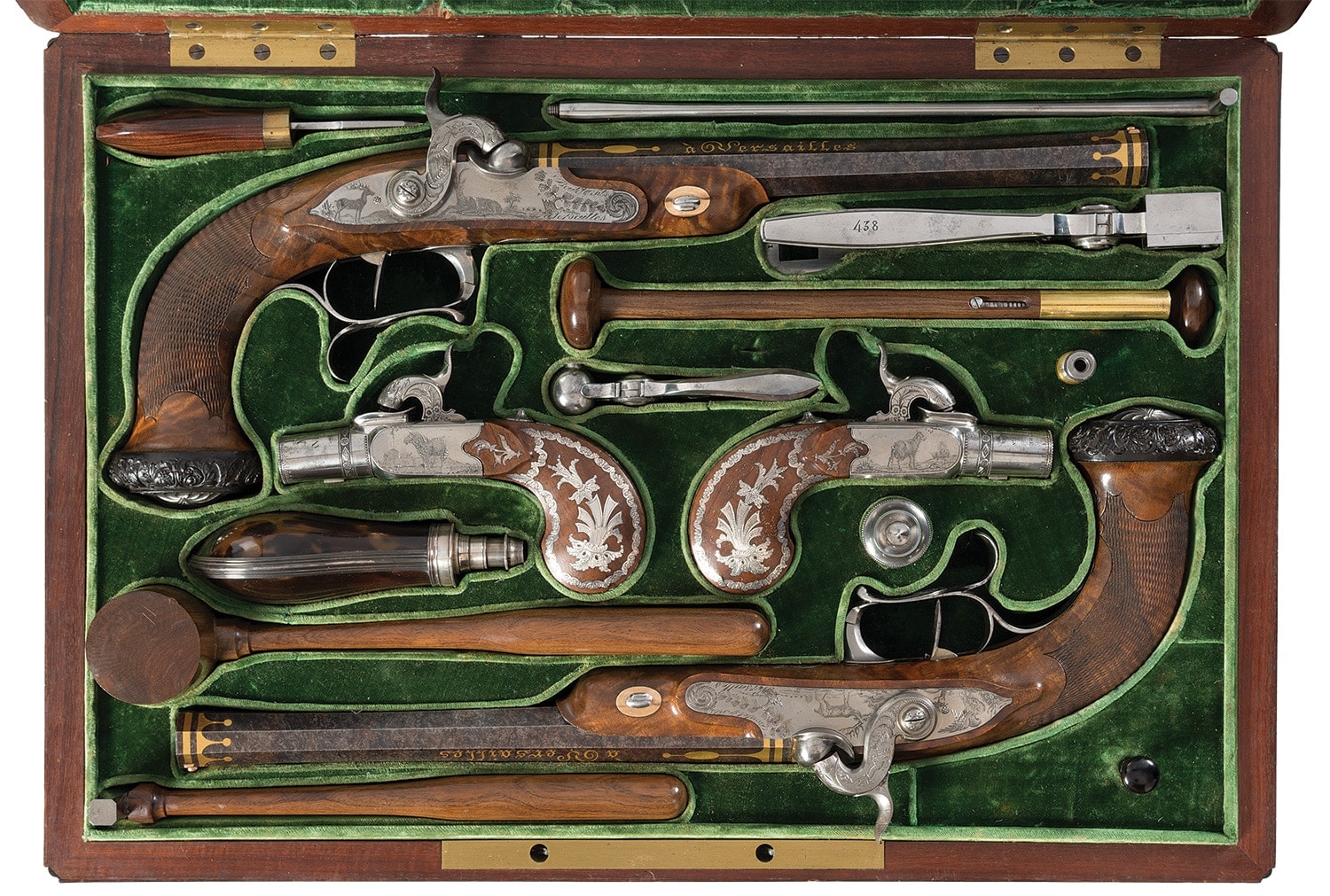 Here is a matching four-gun box set of pistols made by renowned French gunsmith Nicolas Noel Boutet (you do know Boutet, don’t you?) including 12mm (.47 cal) dueling pistols with 8.75-inch barrels and much cuter but no less deadly .58 caliber pocket pistols, hence the two different bullet molds. All told, $180,000 – $250,000 worth of Napoleonic swag.

Rarely encountered outside of a museum is this Winchester-Wetmore-Wells single action revolver in .40-50 with its distinctive tapered 7.5-inch barrel. It was produced for the Centennial Exhibition held in Philadelphia in 1876 for public display, a role it is still suited for today should you have the $80,000 – $140,000 needed to pick it up.

Made in 1905, these are not your typical Winchester 1897 trench guns. This is a pair of John Ulrich factory engraved and gold inlaid cased and consecutively serialized Winchester Black Diamond Trap Models with 30-inch barrels. Cost? A cool $95,000 – $150,000.