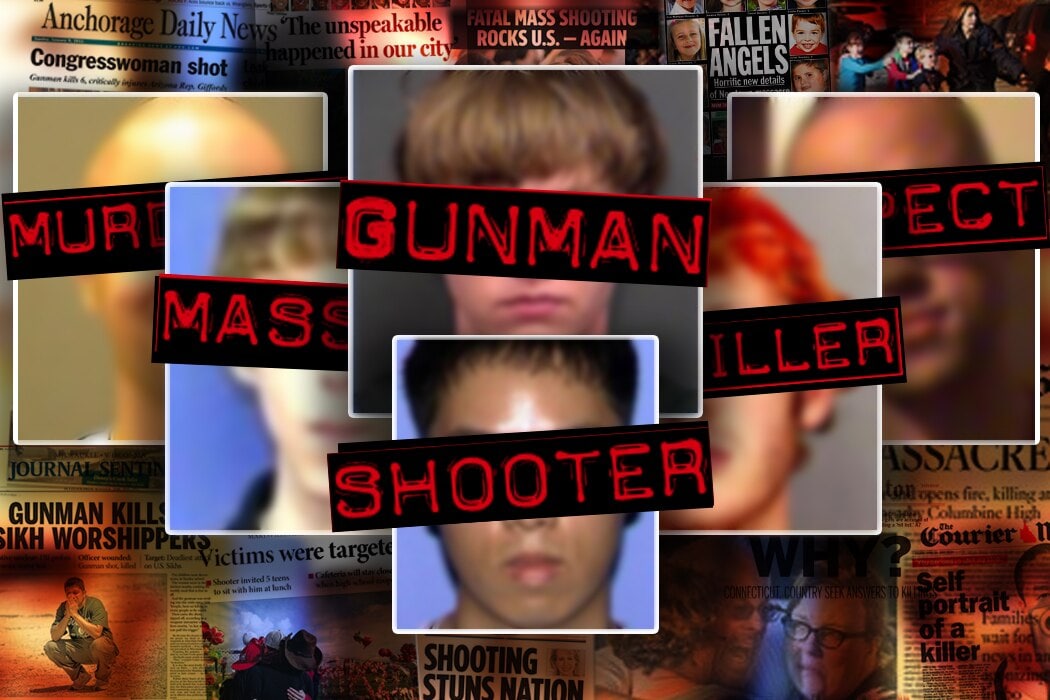 How important is the public’s right to know when it’s weighed against the possibility of public endangerment?

A recent study says not much and calls on the media to withhold certain details about a mass shooting incident – like the name of the gunman, who oftentimes fits the profile of a lonely outcast lashing out in an act of “precarious manhood” for recognition.

It’s publicity the killer wants; it’s what will inspire others to carry out similar acts and the media is responsible for keeping the vicious cycle powered, according to researchers at Western New Mexico University.

Jennifer Johnston and Andrew Joy presented their case to the American Psychological Association, which concluded its annual convention in Denver on Sunday.

“Mass shootings are on the rise and so is media coverage of them,” said Johnston. “At this point, can we determine which came first? Is the relationship merely unidirectional: More shootings lead to more coverage? Or is it possible that more coverage leads to more shootings?”

The study found that the more popular a discussion of a shooting was on Twitter, the more likely another similar incident would occur soon after. This shows that mass violence is contagious, Johnston said.

“Now we have some pretty solid evidence that it is,” she told ABC News. “There is a clear pattern that is not due to chance.”

“If the mass media and social media enthusiasts make a pact to no longer share, reproduce or retweet the names, faces, detailed histories or long-winded statements of killers, we could see a dramatic reduction in mass shootings in one to two years,” she said. “Even conservatively, if the calculations of contagion modelers are correct, we should see at least a one-third reduction in shootings if the contagion is removed.”

A congressional study conducted last year seems to back Johnston’s claim in part, showing not only an increase in the number of mass shootings over the previous 15-year period, but an uptick in the number of victims per shooting.

However, the assertion has its critics in the Second Amendment community, who don’t believe there are more mass shootings – merely a manipulation in categorization – and point to data showing decreases in overall gun homicides.

A consensus hasn’t been reached on what constitutes a mass shooting, but the Federal Bureau of Investigation declares a “mass killing” in the event of four or more casualties in one place.

Many in the gun rights community have taken that number in their count of such occurrences in the U.S.

Others, like the “Mass Shooting Tracker,” follow instances where four or more people were shot, opening the number of such shootings to a more loose category and, in effect, raising the numbers more significantly. The problem with this, critics argue, is the potential for miscategorizing criminal gun violence of another sort – that which is associated with gang and drug violence or domestic incidents.

Liberal magazine Mother Jones began counting mass shootings following the 2012 Aurora movie theater shooting and determined there have been at least 83 of the incidents in the last more than 30 years.

It’s clear there’s a huge discrepancy between those numbers and it’s based on a simple definition.

But for the New Mexico researchers, what’s important is containing potential contagion of mass shootings, which they say other research has pointed to an escalation rate of one every 12.5 days., compared to a pre-2000 level of about three events per year.

“A possibility is that news of shooting is spread through social media in addition to mass media,” she said. “The media has come together before to work for good, to incite social change. … “They have done, and they can do it. It is time. It is enough.”